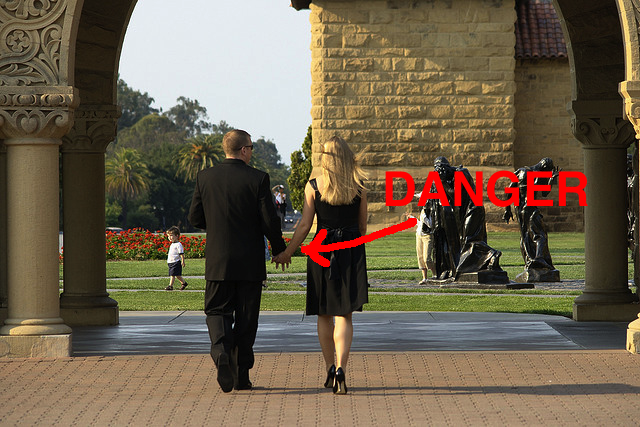 I don’t know about you, but I read headlines about conservative sex-ed curriculum, and I am exhausted, immediately.

That said, in the newest conservative v. liberal teeth-grinding headlines, Tennessee is seriously considering a law that would expand its abstinence-only sex-ed curriculum to include “gateway sexual activity.” The bill is already approved by the state’s senate. This in response to recent controversy about teaches mentioning in class that there are alternatives to intercourse. (Don’t want to shock anyone, but I think they’re talking about, gasp, oral sex.)

Perhaps Tennesse is missing something in their sex-education strategy, because they’re a top 10 state for unplanned pregnancies. The stars may lie, but the numbers never do. Just saying.

There is a New Yorker article from 2008 (written on the heels of Bristol Palin’s pregnancy) that I regularly cite in conversation, still, titled “Red Sex, Blue Sex.” It talks about the effects of religious views on sex and pregnancy. I highly, highly recommend it. A highlight:

Religion is a good indicator of attitudes toward sex, but a poor one of sexual behavior, and that this gap is especially wide among teen-agers who identify themselves as evangelical. The vast majority of white evangelical adolescents—seventy-four per cent—say that they believe in abstaining from sex before marriage. (Only half of mainline Protestants, and a quarter of Jews, say that they believe in abstinence.) Moreover, among the major religious groups, evangelical virgins are the least likely to anticipate that sex will be pleasurable, and the most likely to believe that having sex will cause their partners to lose respect for them.*… But, according to Add Health data, evangelical teen-agers are more sexually active than Mormons, mainline Protestants, and Jews. On average, white evangelical Protestants make their “sexual début”—to use the festive term of social-science researchers—shortly after turning sixteen.** Among major religious groups, only black Protestants begin having sex earlier.

* The idea that having sex is shameful for women. So. Sad.

** How contradictory is this? And also, not only are they having sex earlier, they’re having unempowered, unprotected, shameful sex.

When are we going to start teaching the facts and letting people make decisions for themselves? Whether you’re having sex or not have sex, ignorance and unrealistic expectations are always a bad thing. The results range from empowered, professional women wondering why a guy hasn’t called her for a date, to pregnancy ending up on the shoulders of a teen girl.

P.S. Have you watched “The Education of Shelby Knox?” It think it’s on Instant Watch right now.

She played for Australia in the Tokyo Olympics, and she and Mewis actually played against one a further for the bronze medal. tranny listcrawler Because, of course, they re hiding behind the technology, right? Far more than 40 million Americans use online dating solutions or dating apps. Detecting lonely, naïve, and needy individuals and taking advantage of them. elaheh nozari I utilized to meet somebody and believe about how the sex would be.

It seems that everyone’s post-college go-to spot to mingle with the opposite sex is a bar, nightclub, discotheque, whatever you want to call it. onlyfans mega cloud 99) could equal an average night at the bar (two drinks for you, two for her. Even though some analysis regards these changes as constructive, other individuals see the dangers in these adjustments. chris brown bet man in the mirror OkCupid has changed a lot more than the years and its algorithms now make it 1 of the greatest on the net dating platforms.