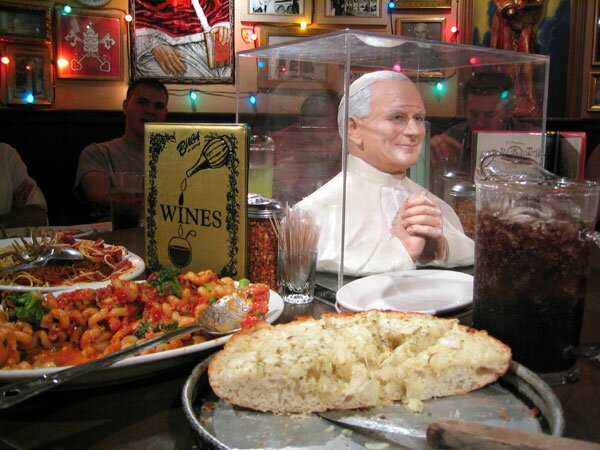 Now, let me start out this piece by saying I respect religion. I respect the structure it gives people and the peace that comes from incorporating spirituality into a personal worldview.

That said, what I don’t understand is how taking strident viewpoints on lifestyle choice does anything but create contention and guilt in a world that is so obviously diverse. Especially because the strong majority of Catholics do things like use birth control.

Two weeks ago, Rome issued a report stating that the umbrella group that represents the most American nuns had departed from church doctrine in favor of “radical feminist views.” What might those be exactly? <<Bites tongue.>>

In 1960, The Second Vatican Council, known colloquially as Vatican II, asked the church to modernize, meaning focusing more on the needs of society, poverty, education, etc. – rather than spreading the Catholic church’s conservative opinions on birth control and abortion. American orders of nuns have widely embraced this mission since.

Unfortunately, the resolutions agreed upon during Vatican II have fallen out of favor in Rome during the last 50 years. And as a result, the Catholic Church is taking some harsh steps to keep American nuns in line with their views.

The whole shebang, via NPR.

It’s headlines like this that boggle. I have to wonder what the hard-lining messages we hear both as women and men do to muddle our own struggles to find what’s right for us. I would like to think that the very best, and most helpful, dogma is one of flexibility, forgiveness and acceptance.

Maybe that’s a reason why the number of U.S. nuns has already shrunk by two-thirds in the years since 1960. Just saying.