OkCupid Wants You To Be Uglier! Here’s The Truth About Hotness 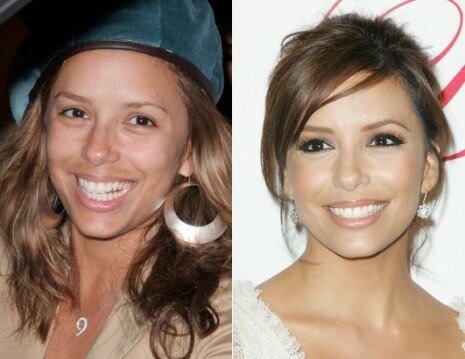 Moment of honesty: I’ve never, in my entire 27-year-old life, been called “cute.” At least not to my face.

Sure – like most women who don’t live under a rock and are willing to make eye contact with a guy every once in a while, I’ve been lucky enough to hear a few other flattering words thrown my way: pretty, hot, beautiful, sexy, attractive, bellissima, omorfi (I lived in Europe for a while), “faux ethnic” (??)…along with a word here or a phrase there that should never again be repeated. In many of these moments, it has seemed like the guy is simply scrolling through his mental rolodex of complimentary feminine adjectives, trying to land on the word that is going to best help him reach whatever goal he’s aiming for.

But somehow, for me, that rolodex has never stopped on “cute.”

I wouldn’t say that I’ve ever worried about this. But I have to admit, I’ve wondered. Why aren’t I “cute?” Is it because I’m not blonde? Not short? Not a size 2? Not particularly young-looking, whatever that means? Could it have something to do with the fact that a certain best friend of mine - the permanent fixture at my side for the past 15 years – is all of those things, and is indisputably, almost universally, “cute?” (I have heard her described in a thousand other ways, of course. but “cute,” too) Is it simply a matter of comparison?

Who knows. I’m over it. I swear!  However, according to the latest post on OkCupid’s popular blog OkTrends – where they regularly use data from their millions of users and their online dating interactions to make some oft-surprising conclusions about modern attraction and romance – I shouldn’t just be over it. I should be HAPPY about it!

Why should I be happy about not being “cute?” Because being “cute” is apparently one of the worst things you can be, when it comes to getting hit on by men. Cuteness actually lessens your chances of being pursued by guys. Or so says OkCupid.

But here’s the thing. I’ve been talking to a lot of guys lately. I also, you know, live in the world. And I dont buy it. In real life, that is. 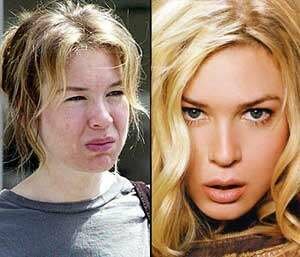 Here is the crux of OkCupid’s findings, grabbed from the actual OkTrends blog post:

Let me (try to) summarize how they figured this out. Women were rated by men on a 1-5 scale for attractiveness, on the basis of their OkCupid profile photos, and their scores were averaged. Now, think about this: there’s two ways to average out to a 4 (“very attractive”), right? You can either get mostly 4′s, or, you can get a bunch of 5′s and then some 1′s and 2′s to bring your average down (how many? I never said this was a math site, people).  Next, they took women who had the same average scores, but who got them in these different ways, and then they compared the number of messages they’d received from male OkCupid users. And what did they find?

The women who got 5′s and 1′s – the girls who some guys thought were hot, and other guys thought were totally unhot – consistently, time and again, got more messages than the women who were typically rated as 4′s, aka who were considered very attractive by almost everyone. Hot/Ugly girls got hit on more than Cute, Universally Attractive girls.

And here’s the crazy part, based on the algorithm they came up with. Let’s say Girl A gets a 4 and a 5, and Girl B gets a 1 and a 5. Girl B is actually going to get MORE messages. Better to be Ugly/Hot than Attractive/Hot.

OkCupid’s advice to readers, based on all this? Play up your flaws, so that some guys find you “ugly.” Somehow, that’ll make the other guys more likely to hit on you.

Now, granted, OkCupid is being responsible and not necessarily claiming that this finding extends outside of the online dating world. But we’re a generation of overthinkers, and we can’t help but extrapolate the conclusions to our real lives. I’ve already seen this article posted countless times on Facebook and Twitter with headings like, “Boys are weeeeeeeird” and “Being cute is bad???” and “Ugly is good!” It’s too late to stop now.

This all sounds like bad news for “cute” girls.  And you all thought you had it made! Revenge of the Hot/Ugly girls! But, wait, okay. Before all you “cute” girls go out and tattoo your foreheads with some polarizing ink, let me explain what I’ve been seeing.

The Question: Does this conclusion about hotness hold true in the online and the real world?

HOTNESS IN THE E-WORLD OF ONLINE DATING

When it comes to online dating, this makes sense. If a guy is going to go through the hassle of signing up for an online dating site, and get himself psyched up about the idea of picking and choosing who he gets to hit on, then he’s not going to waste his time messaging girls who are simply “attractive.” He’s presumably got millions of girls to scroll through, so when he comes across a universally-but-not-strikingly (according to his tastes) attractive girl, he’s not going to waste his precious time. A hotter girl could be one click away, right?

A guy on an online dating site is going to cross his fingers, take his chances, and go after the girl who he finds exceptionally hot. Because what does he have to lose? It’s just some chick on a computer screen – it’s not real life. Maybe his insecurities would stop him from talking to this uber-hot (again, to his tastes) girl at a party or in a bar…but if he’s going to spend his time and energy on an online dating site, then he might as well hit on girls who he’d possibly be afraid to chat up in real life.

A graph from an older OkTrends piece illustrates this – sorry, “cute” girls:

So online, the “cute” girls lose out.  Because a guy is thinking, yeah, she’s pretty, but I could probably talk to that girl in the real world. But this crazy hot goth/model/alternative/pierced/super trendy girl? This is my chance! And if she doesn’t write back, then it won’t really even feel like rejection, because it’s just a website.

OkCupid offers a different interpretation – that guys aren’t messaging “cute” girls because they know that other guys will find them attractive and are intimidated by the competition. They’d rather message a girl who they find hot, but who they assume doesn’t appeal to too many other guys. I find this theory doubtful, because 1) since when are guys turned on by the idea that other guys think you’re ugly? If anything, guys seem to find women more attractive once they realize that other men are attracted to them (“She’s okay. Wait, that guy’s flirting with her? He clearly thinks she’s hot. Maybe she IS hot! I want some of that! Game on!“) and 2) I can’t imagine that men are that ruled by insecurity when deciding who to go after online. Judging by the brazen messages that many women receive on online dating sites, it seems like guys are much more confident and forward and ballsy when they’re communicating with a girl they’ve never met over a website they don’t care that much about.

So! Let’s say that guys view online dating as their opportunity to pass over universally “cute” girls for uniquely hot girls. How does this compare to what happens in the real world?

HOTNESS IN THE REAL WORLD OF NON-DATING

During my WTF?! tour interviews with men, I’ve been surprised to hear many of them ruminate on hotness. Because what have they been telling me? That they don’t really care if you’re the most attractive girl of all time – you just have to be attractive enough.

Every guy has his own personal baseline of what he finds attractive. As long as a girl hits that baseline, she’s golden. No need to be a 10 to every guy, every time. No need to be intimidated by that girl standing 15 feet away who you think is hotter than you. Do you hit his baseline? Then he’s interested. And, by golly, that’s where our actual personality traits come into play (yes, they do matter! although, honestly, only if you hit that baseline first).

Nerd Alert: It’s kind of like the SAT’s. Every college has an average range of their admitted students’ SAT scores. 75% of their students got scores that fell into that range. A few scored lower, and a few scored higher. But – and I tell high school students this all time time, even though their parents never believe me – all you need to do is fall into that range for them to seriously consider you. You don’t need to get a perfect SAT score. As long as you hit the baseline, then they start caring about other stuff as well. So just get a score in that range, and then stop stressing about it.

In real life, guys hit on “cute” girls all the time. Maybe even more so than on girls who they find truly hot, since those girls seems to pose a more painful threat of rejection (and if I’ve learned anything in my interviews, it’s that (too) many men are as terrified of rejection as we women are). Online, it’s easy to scroll through profiles and compare women directly to each other. But in real life, guys instinctually respond to each girl individually.  Am I attracted to her? She’s in. Am I not? Then she’s not.

The reasons they’d choose to hit on one attractive girl instead of another? This is where non-physical determinations enter the scene. Does she seem fun? Is she smiling? Is she approachable? Is she intimidatingly smart or cool or successful? What are the odds that her friends will take a group bathroom break and leave her alone in the next 5 minutes?

So “cute” girls – have no fear! Your OkCupid inbox may not be overflowing with messages, but you’re going to do just fine at the bar or party or soccer game or class or conference or office video conference. You’re what many guys want – an attractive girl who doesn’t scare the crap out of them.

Please, whatever you do, don’t make yourself uglier on purpose. Except maybe in your online dating profile.