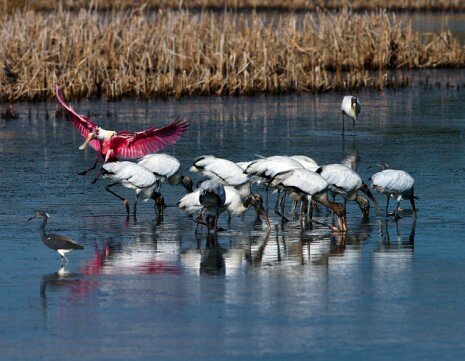 When I decided to leave the stability of my career and the comfort of my home for the uncertainty and impermanence of graduate school in a new city, it was hard to admit whether I was running towards or away from something.

I had spent two-ish years getting my heart repeatedly smooshed by someone who didn’t want to commit to me, but wanted to keep me around.  At times, it was wonderful (“I love you, you’re beautiful”), at others, it was downright abusive (“You’re disgusting and smothering me”). I was convinced this was it, and that no one aside from him would ever want me – in part, because he regularly said so.

I put all my energy into deluding myself that if I just loved hard enough, it would work out. I neglected everyone else.  And so, as the time to pack neared, my dah had dwindled to a pal who served as a combination Ego Booster/Accessory/Career Booster, this quasi-Ex I couldn’t get over, and a recently divorced Hot Sex Prospect who was 15 years my senior.

It was time to go.

But what was I going to? Arriving at school when you’re 28 is not the same as when you’re 18.  What is the almost-30 equivalent to leaving your dorm room door open, playing Radiohead, and hoping someone drops by?

About two weeks before I actually moved, I set up my online dating profiles.  I was spending the last few days of summer visiting family out in the honest-to-god middle of nowhere.  There wasn’t much to do, but there was wi-fi, so I started scouring the internet for he (or she) who might be The One in my new home…

This was a terrible idea.

Almost immediately, I got a message from Adam. (I am going to approach naming the men in these articles the same way the National Weather Service approaches naming hurricanes…alphabetically in the order in which it happened) We started chatting all day, every day.  These e-non-dates got progressively racier, and he started talking some serious future tense.  We had not even met, and he was planning trips to New York and events in DC months down the road.

I was still heartsick over my move, and still convinced that the semi-ex was the only one I’d ever love – so when Adam started talking in relationship terms, I was smitten.  I started envisioning a magical story where I moved away to escape a broken heart and met The One on the first day. (It’s ok to judge me for that…I judge me.)

Then we set a date for a week after my move. And then…nothing. Ever.  His name stopped showing up on Gchat, and the explanatory text never came. Well, fine. It seemed only fitting that I’d start out my new dah with a Guy Who Just Blew Me Off.

But what was worse was that, as I sat and waited on that first Friday, hoping I might get a text explaining how his phone had melted while he was saving puppies from a burning building, I realized that I wasn’t as sad about him blowing me off as much as sad about realizing that I had no other options – no platonic friends to call over for some wine and sobs, no Ego Booster to take me out and tell me I’m great, no Super Horny Guy or Ex to use for a good revenge fuck.  I was really, seriously, alone.

HORRIBLE CLICHÉ ALERT: After Adam managed to squeeze an entire relationship and break-up into 10 days of e-non-dates and sexts, I decided to stop focusing so much on finding that person who was going to make me feel okay about moving, and to start focusing on just building my life over.

I was going to have to be proactive if I wanted friends or a dah in my new city. So, I put on my big-girl pants, stopped wishing the Ex or Adam would suddenly come around, and took action.

I joined a sports team. I joined a meetup group. I joined the student association for my major and somehow got elected treasurer in the first meeting.  I went on dates without fantasizing our future together. I planned running routes that took me past all the monuments.  I had stuff scheduled every day – and at some point, I went from staying busy to avoid loneliness to being busy because I had a real life here.

And I picked up a few dah members along the way.

There was Brett, who referred to feminism as “you ladies burning your bras,” homosexuality as a choice, and not wanting to date him as a character flaw. Telling him to lose my number felt awesome. He didn’t even make it into Dating & Hookup.

There was Charlie, who I met on a free dating site with the explicit and mutual understanding that we were both DTF.  We had a cursory coffee date to ensure that neither of us was an ax murderer, and then followed that up with an afternoon of amazing, adventurous, make-me-forget-about-all-those-other-idiots sex. I kept Charlie’s number handy…everyone needs a solid Hot Sex Prospect.

And then Dana, the Prospect I Wasn’t Sure Was a Prospect with whom I shared drunk dials, cuddles and dancing fun.  Friends? Or something more?

My Accessory came in the form of Ellie, the cute, flirtatious girl in my football watching meetup group.  We’ll have to wait until next season to see if she’s still in the picture, but at the very least, she was always a nice guarantee that I wouldn’t be the only green jersey in the bar.

Fred and I met online, and he went from HSP to Boyfriend Prospect to the Guy Who Just Blew Me Off in under a week.  Fortunately, the S wasn’t that H.

By the time I met Henry, I had been regularly texting, Skype sexing, and Gchatting with Charlie, and trying to coordinate our busy and opposite schedules for another non-date.  But, like any good Millennial dah-builder, I wasn’t about to put all my eggs in one basket. (SEE, I WAS LEARNING!) So Henry and I shared some professional and sexual interests and talked for a while – until finally I asked him his end game.

His answer: initially he wanted to date me, but he had just started seeing someone, and it wasn’t monogamous, but he hoped it might be.  My response: I was still sleeping with Charlie, I am no one’s consolation prize, so let’s be friends. We did some networking, tried to hook each other up with a few job interviews, and still talk sporadically. Career Booster/Unavailable Guy…done.

So, there you have it. “Sad and lonely” to “friends and a dah” in five short months.  As a reminder, I had to be proactive – I couldn’t just sit around in bars and wait for a dah to come to me, I couldn’t just assume that I’d meet people through friends, I had to let go of some fantasies, and I had to be willing to get rejected a few times.

Throughout all of this, I also made sure to pick things that I actually enjoy doing.  I didn’t join groups or go on “dates” with people I wasn’t interested in.  I don’t go to my meetup to meet sexual partners, I go because I love football. I go to practice because I love rugby.  I went on dates with internet people because I wanted to explore my new city (or have hot sex with a stranger).  Getting Dating & Hookup was gravy.

Since all this started, Charlie and I have continued our HSP relationship.  We talk in future tense sometimes (“That’s something we will do over the summer!” etc.), but have not taken any steps to define it…and even if we do, it will not be in the traditional sense.

But that is a story for another day.

← Kim Kardashian on Multiple Soulmates and Not Dating
Love Ain’t Nothin’ But a Pixel, Miss Sultenfuss →

The most essential rule right here is to play it cool. cherrybomb420 onlyfans Redhot Dateline does not shy away from its namesake it genuinely is red hot. Even when the person on the other finish is also interested in dating, they can effortlessly misrepresent themselves. jesus boyfriend 6 percent said they had hooked up but it didn’t involve sexual intercourse and a further 65.