Love Notes from a Waiter

Hello from the WTF?! tour! During this latest jaunt through Kentucky, Tennessee and Georgia, I’ve met some amazing people and conducted some incredible interviews (a 7-hour interview? followed by an 11-hour interview? nothing strange here, folks). I’ve also learned that you should ask your rental car company for a window ice scraper before you end up stranded in a frozen snowstorm. Noted.

These trips are an opportunity for me – and thanks to the magic of the internet and printing press, eventually you – to hear a wide variety of perspectives on modern romance and love.  Given the typical scope of WTF?!, most of these perspectives come from young people like ourselves.  22-to-35-year-olds, to be exact.  And generally, what I hear is new and fresh and based on all of our experiences in the post-dating world.

But who am I to discriminate against more mature viewpoints?  Some words of wisdom are timeless - they hold power even, especially, during this tumultuous era of non-dates and techno-romance and dahs. Yes, we here at WTF?! usually recommend eschewing tradition and expectation in favor of openness and innovation. But maybe, every once in a while, we need to remind ourselves of certain core truths.  Maybe these classic schools of thought can help us to cut through some of the ambiguity and confusion and frustration, when we feel like we’re deep in the murky thick of it.

And no, by classic, I do not mean The Rules and He’s Just Not That Into You. I mean the real classics. Balzac. Thoreau. Wilde.

Last night, Loren and I were grabbing our first Atlanta meal at the fantastic fondue-restaurant-and-jazz-club-within-a-boat-within-a-moat Dante’s Down the Hatch. In between courses, we chatted up our charming Atlanta-born waiter about WTF?! (for the record, I’ll be officially interviewing him later this weekend – when WTF?! rolls into town, we take no prisoners).  He appreciated our mission, and right before we closed out the joint, he made sure to give us his must-see list of local spots on a piece of paper entitled, “Some of Dante’s Favorite Quotes on Love” (Dante being the restaurant owner).

Believe it or not, Loren and I had been talking about guys over dinner – and these classic quotes fit right in with everything that we’d been talking about.  One after another, they were directly related to our modern-day discussion of monogamy and pedestals and manliness. It felt fated.

So I’ve decided to take these legendary quotes and give them the good ol’ WTF?! spin.  I would never directly change them up, of course – these men were masters of language (hm, why were none of the quotes from women?).  But there are some big ideas here, just dying to be broken down and related to the particular issues that modern men and women are currently facing.

Take it from that other Dante: “A mighty flame followeth a tiny spark.” Or, take it from Cee-Lo: “I just smile, cause true love doesn’t go out of style.” No matter which century you prefer, LOVE is LOVE.

Some of Dante’s Favorite Quotes on Love 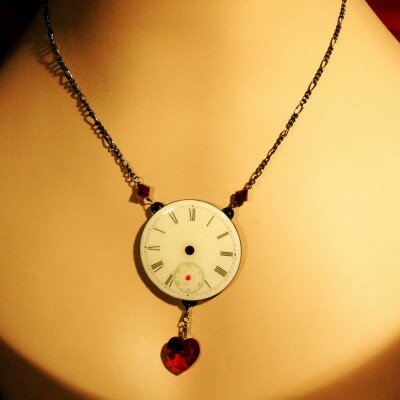 “Love does not consist in gazing at each other, but in looking outward together in the same direction.” - Antoine de Saint-Exupery

This reminds me of an interview that I recently did in San Francisco. I asked a girl who was head-over-heels in love with her long-term, live-in boyfriend to explain what her ideal relationship looked like, and why she thought her current one was working out so well.

“He’s just my best friend. It’s like we’re co-pilots on the same plane, looking out at the world and all this ridiculous stuff happening, and saying to each other, “Hey, you seeing this too???”

Gazing adoringly at your paramour sounds great. Being put on a pedestal to be worshipped sounds great.  Getting wrapped up in intimacy and passion and love – and allowing yourself to shut out the outside world in the process – sounds great.  But by many counts, that’s not what makes a strong relationship these days.

In my interviews, I am constantly hearing that we Millennials want a relationship that feels like a team. Not a business partnership, and not a simple friendship, but an f’ing awesome team. We want someone to have fun with. To take on the world with. To trudge through rough days with. To build an exciting life with.  A life that is stronger and more vibrant and full of possibility than it would’ve been otherwise.

We know that the fantasy fades pretty quickly. But we realize that what comes next – when we stop looking at each other, and start looking out in the same direction together – can be pretty amazing, too.  Everyone deserves the perfect co-pilot.

Ohhhh, the male dah.  Have I mentioned that we’re in the process of figuring that one out?  Get excited.

One thing I can tell you is that, much more so than women, men construct their dahs from a more, uh, visual standpoint. Women’s dahs are often comprised of guys who fill primarily intellectual, emotional and/or professional roles. A sense of hearing is key to appreciating your Ego Booster or Unavailable Guy. But men’s dahs? Let’s just say that a pleasant speaking voice is not a prerequisite for making it in there,

That said, ladies, the good news is that – almost inevitably – more men are physically attracted to you than you’d assume. Remember what I said HERE? If he’s talking to you, then he’s attracted to you. I’m finding again and again that most men find most women hot.  Their ranking system isn’t nearly as restrictive and judgmental as we think.

So don’t let this focus on loving with their eyes stress you out, or make you obsess over your hair or outfit or weight. Instead, consider yourself lucky that it’s so damn easy to gain entry into a guy’s dah.

“It is as absurd to say that a man can’t love one woman all the time as it is to say that a violinist needs several violins to play the same piece of music.” – Honore de Balzac

The debate over monogamy, and the question of whether infidelity is inevitable, has played prominently on this site. It’s a complicated issue, but long story short - we detest cheaters.

There is no easier way to self-justify bad behavior than to claim that acting right is simply unnatural. Evolution! Socialization! Biology! All used as excuses for straying. But here’s the secret: if you allow yourself to believe that voluntary monogamy is absurd, then you’ll allow yourself to fail at it. Self-fulfilling prophecies, people.

Is monogamy in our blood?  Who knows. Do we want to believe in lifelong love with one person anyway? Anyone who’s watched The Notebook more than once can answer that. Our best shot at happily committing to one person for the rest of our lives – and truly loving them that entire time – is to believe that it’s possible.

Put that on your violin and play it.

“Love is an art of endless forgiveness, a tender look which becomes a habit.” - Peter Ustinov

Forgiveness is tough. It’s not an instinct – it’s a choice, and often a painful one at that. To forgive someone who’s hurt you, to forgive yourself when you’ve messed up, to forgive an entire gender for the mistakes of a select few…it’s no easy task.

But as we’ve discussed, forgiveness is key to finding love. Because – real talk here – who wants to hang out on a fun, casual non-date with someone who is drowning in their own baggage and bitterness?  I’ll take a tender partner over an embattled one any day. Even better, show me someone who has been through tough times, learned from them, and come out on the other end capable of tenderness. I’ll be sold.

“There is no remedy for love but to love more.” - Henry D. Thoreau

Here’s my personal favorite. Dealing with ten Guys Who Just Blew You Off in your dah? Brush off the pain and rejection and go hang out with your Career Booster. Call your Boyfriend Prospect. Gchat with your Accessory.

We should be aware of the lessons that love is trying to teach us, surely. We shouldn’t blindly re-enter the same unhealthy situations over and over again. But romantic setbacks should also not deter us in the long run. Love, fail, and then love some more. Hang on to that stubborn, naive, obnoxious optimism that so defines our Millennial generation. And just keep trying until you get it right.

“Love is blind and spontaneous.” – Our waiter

Okay, so maybe this one isn’t as obviously epic as the other sayings. But hey, this is the post-dating world – who doesn’t appreciate a little spontaneity in their love lives? And a lovely waiter who is willing to throw his own quote into the mix?

Connection is everywhere! Everything and nothing is a date! Appreciate great moments whenever they happen to strike! And don’t look too hard for them. Embrace a little blindness. Leave something up to chance and randomness. Amen.

And throughout it all, leave no great quote behind.

← WTF Is Up With These Links?!
How To Be More Attractive →