I’ve Been Thinking A Lot About Love Lately 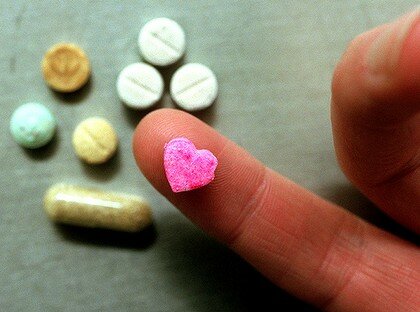 My empowerment comes from various sources. Sometimes it conquers evil. Sometimes it has an intellectual or spiritual breakthrough. My empowerment sometimes seeps through my pores, releasing the toxins of my bad decisions. I inhale and exhale smoke and though I’m killing myself, I am in that instant, stronger.

I’m officially off those anti-depressants now. I lasted six whole months with them. Six whole tear-free, stress-free, unassuming, perfectly shallow, I-feel-better-than-ever months. But anti-depressants are just like liposuction. The weight is still there. You haven’t really lost it. You haven’t really gone through the process of losing the weight and feeling new again and earning it. It’s fake. The whole thing was. Though I’m not going to be one to knock the drugs that helped me. They served their purpose and stood with me through a hard time and they worked… very well.

But see, I’m not a pill person and I don’t do well with prolonged happiness all at once. I prefer my good times to be genuine and for my bad times to feel like something. I never want to be a person who just goes through the motions, of life. I figure we only have one life. Well, depending on whom we speak with that fact could vary, but really, the only thing we can be certain of just like I’m certain you’re sitting there, reading this, is that we are alive. I also feel like that’s a lot to wrap my head around so I’m going to stop while I’m ahead.

Now that I have established that I am alive, what am I going to do about it? I’ve taken some time to think about how I’d answer this question and when I finally figured it out, only one word came to mind. Love. I just want to love and be in love and feel love as much as I can while I’m alive. And of course, being the sort of woman that I am, I like to indulge in love through sex.

I think we all need to go through periods where we have nothing but mindless sex. However, it is a truly delicate act. This is because you have to be old and wise and detached enough to not get hurt. You have to be in a genuinely selfish place where you’re happy being single and the thought of committing makes you sick. I was there for a really long time and I’m still there in many ways, but during the period where I felt exactly that I took all sorts of lovers. But nothing lasts forever. I think I hit the wall when I slept with a man who was at least 45 years older than me. I say at least because he told me his age, and then revealed that he’d altered it a bit and that he was in fact, older. I didn’t ask by how much.

So I was in the market for a sugar daddy. I wanted good sex and money and lavish trips and to experience things I could never experience alone. No way… not on my substantially limited budget. I thought to myself, I’m not that picky and perhaps if he’s the kind of guy I’d meet randomly at a bar and go home with, what’s the difference if I meet him in a escort type environment that is mutually beneficial and consensual and I don’t have to lift a finger? So what if I have to sleep with some old fart? If he’s hot, even for an old fart, what’s stopping me? Nothing was stopping me so I went for it.

He was a gentleman. The hotel was posh. The restaurant was exclusive. The wine was expensive and everything was perfect. When we got back to the room gifts were laid out for me as though it was my birthday. I’d worn my best [most expensive] suit and of course my best [trashiest] lingerie and as I looked at all the goodies spread out for me across the bed I slowly removed my suit jacket, revealing the black silk corset underneath. Then I took off my skirt. I’d of course worn a garter and stockings, so when I noticed the fishnets wrapped up delicately for me, I asked if he’d prefer if I put those on. He looked at me completely still. There was a boyish grin on his wrinkled, handsome face. “I didn’t realize you’d already be dressed this beautifully. Get on the bed.”

I sat down slowly on the beautiful California King-sized bed, facing him. I placed my hands behind me and looked up at this man, all six 6”4” of him. He suddenly looked more like a man than he had over the course of the entire night. He had hunger and passion and something animalistic in his eyes. He grabbed one of my legs and pulled it straight up before forcing me onto my back and pushing my leg up against my chest. My bright red stilettos were still on my feet as he grabbed my ankle, slowly running his large hand down my leg. He moved his hand to the inside of my thigh swept it gently across my underwear.

I grew nervous but not nervous enough to say when or call mercy or wave the white flag. I knew I was going to go through with it. I’d done it before. He unbuttoned his shirt and unzipped his pants. His penis, sticking out of his boxer shorts, was big and pink and beautiful. I concentrated on it instead of his saggy face and Just For Men Gel hair. I thought he was going to mount me right then and there but instead he took my panties off gently and began to eat my pussy. He was delicate and intimate and very good. Nothing really beats experience and I knew he’d had plenty.

Just as I was beginning to enjoy it, he asked me if I was on birth control. “No, I’m not.”

“When was your last period?”

“It ended about a week ago.”

“We’d better use a condom.”

I was happy with his decision at first, but then it became perfectly clear that I was not the one in control. Had I answered the question incorrectly, he would not have allowed me to use a condom. I put the thought out of my mind and rolled over onto my stomach, per his orders. He grabbed my legs and pulled me up by my thighs so I was on my hands and knees with my ass towards him. He put on the condom and fucked me hard, but not fast. He told me to touch myself so I did and he came after about five minutes.

That was it? That wasn’t bad at all, I thought. I enjoyed myself. He pulled his pants back up and walked over to the television. He changed the channel while he stood above the bed right above me and after watching the stocks for about two minutes, he stopped on HBO. “Secretary” had just started. “This is a good film,” he said.

“I think so too,” I replied. He took his pants off again but left his socks on. He got into bed, leaned his back up against the headboard and waved me towards him. I cuddled up next to him, naked, and he began to talk.

“See darling, she is a true submissive and he is a true dominant. That is why their relationship is so special.”

“I need a cigarette.” I hopped up out of bed and pranced over to the balcony overlooking the ocean. I lit a cigarette without any clothes on and took a second to embrace my surroundings. I was once again empowered. I had a beautiful evening, six hundred dollars was in my wallet and I had a new confidence that I was the kind of girl who could handle anything.

The next morning I took a whore’s shower and went straight to work and decided never to see him again.

Like I said, I’ve been thinking a lot lately. And though it is important for all of us to go through those mindless sex phases, right now I’m done with it for a while. I didn’t cross the line but I walked it. Not just then but many other times as well. I did get the good sex and the spoils and the VIP treatment but I didn’t get anything else. I’m looking for something more.

Just now I hear a party down the street. People are laughing, dancing. It’s close. It has to be just a building or two down. For some reason I feel inclined to stay at home this evening. Wrap myself up in thoughts and feelings and altered states of mind. It feels good. I’ve been thinking a lot about love lately.

Numerous ladies in the sex business and survivors of sex trafficking feel stuck and alone. lauren kwei nude If you have an APK file, then there is an solution in Bluestacks to Import APK file. Download the Match on the web dating app and you’re constantly prepared to check out profiles close to you, and chat with genuine, committed singles ready for a genuine connection. gordon levitt dating You just have to have to be with people today, wherever they may well gather.