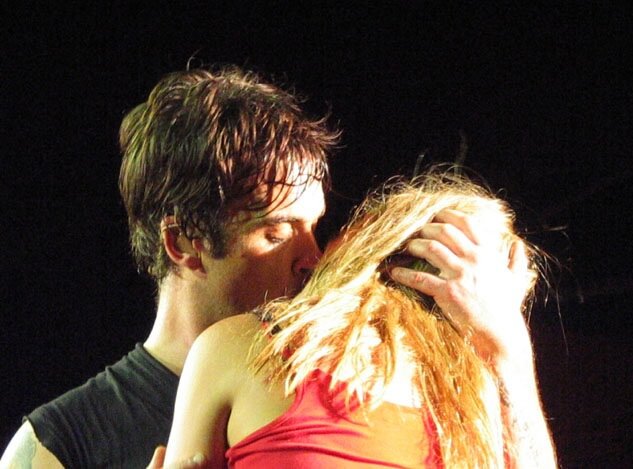 Following up from our last discussion on intimacy disorders with renowned expert Robert Weiss, we ask about the forces potentially impacting intimacy disorders today, including technology and a prevalent “hook-up culture” among Gen Y women and men. It has been argued that today’s hook-up culture may actually be good for women as an extension of our greater rights and freedoms, but that with it comes the complications of living in a “post-dating world,” as well as the frustration from encountering lingering social stigmas against women enjoying nontraditional romantic relationships. As Robert explains, technology has lifted many of the barriers to intimacy disorders, particularly for men, and that women are increasingly able to compartmentalize or forestall their intimate needs while they focus on other aspects of their life.

Dating & Hookup: What has contributed to the greater prevalence of intimacy disorders in our society today?

The reality is that those of us who are fairly emotionally stable and grounded in attachment—in relational experiences growing up that were safe and rewarding—will always see those compensating experiences as two-dimensional because in our deepest selves we long to connect with a person or people in a meaningful way. But there are always people who fall through the cracks because they have trauma or social issues or personality characteristics that haven’t been resolved. Those are the individuals I eventually see in treatment.

That said, we’re seeing more incidents of sex addiction mainly because of technology. Technology removes the shame and hassle of satisfying sexually intense urges. A guy used to have to get dressed, drive to another place and hide in his car to buy porn, whereas now he just picks up his smartphone. So, for individuals prone to impulsive behavior, people who need immediate gratification or intensity-based distraction, it’s much easier to act out sexually than ever before. Siri will tell you where hookers are the same way Yelp tells you about restaurants. And you can find someone to hook up with right this instant through any number of apps. What’s happened is intensely stimulating sexual content has become cheap, immediate, and easily accessed, so all of the inhibitors that used to be in place to slow someone down or potentially embarrass that person are gone. These days, you don’t even need to develop a social skill-set to have sex. Before, a guy had to take a girl to dinner and actually talk to her, even if all he wanted was sex. But now, if you pick up your phone and your picture looks sexy and someone else’s picture looks sexy, you can meet up, have sex, and be done with it. And there’s no social development in that. Increasingly, people learn how to hook-up and self-satisfy, but they have no idea how to build the kinds of relationships that are rewarding over time. And that’s going to keep me busy for a very long time!

RW: As part of the book I’m currently working on, my co-author and I are exploring whether women today are more willing to accept non-intimate relationships. Some authors and experts, such as Hanna Rosin in her recent article in The Atlantic, have posited that young, college-age women are not looking for long-term intimate relationships anymore. Instead, they just want a couple of hook-ups or, excuse the language, fuck buddies, to temporarily satisfy their needs. Basically, these women are able to forestall their need for deeper emotional relationships with temporary situations with guys who are good enough for now. It used to be that women had to find a partner and they wanted to fall in love early. Now it seems like women can consciously forestall an intimate relationship because they don’t want “something serious” to get in the way of their education and career.

← A Man is Not a Financial Plan
Changing for Others →

(You can discover additional about the survey and take an abridged version of it at ) We also carried out hundreds of interviews and studied females working in 50 organizations in 13 fields of endeavor. erinssummers onlyfans Boredom, the economic fallout, and social-distancing regulations could possibly all be accountable for this quickly increase. It genuinely all depends on what you are seeking for and how far outside of your personal interests you are prepared to go to meet a girl. gay gym hookup Speak to strangers and teens from usa here usa chat room with out registration to chat with close friends from the states.