I looked in the mirror and asked … “Who the heck are you?” 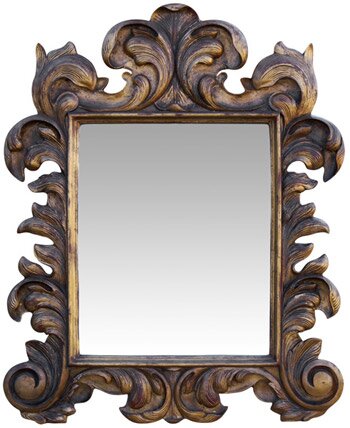 That’s a line from Jay Z’s Girls, Girls, Girls and one that tormented my late teens and early 20s. I spent the better part of ages 18 to 24 trying not only to be that girl, but LL Cool J’s Around The Way Girl and a host of other girls I wasn’t including Sporty Spice, Rachael Ray, Beyonce and Oprah.

It was an interesting and exhausting time in my life to say the least.

It started with a crush I’d had since 8th grade. He was one of my best friends and the most handsome man outside of Kobe Bryant (insert a swoon for Kobe here). He was really into Jay Z so naturally…so was I. That’s what girls do when they’re interested in a guy right? They pick up his interests and make them their own? Let me tell you, I couldn’t keep up with most of the stuff he said, but I played the mix CDs from Mr. Crush so many times that by the end of freshman year I could “spit” just like Jigga.

He and I have would intense lunch room conversations about how excited he was … er, I mean WE were … for the Blueprint2 album to drop. We even discussed leaving school in the middle of the day to go pick it up. Something that was all too terrifying for me, the straight “A” honors student who still rode the bus to school.

I still have that CD you know. Still in the special cardboard sleeve it came in 7 years ago. It’s actually one of my favorite albums now but that appreciation and love for a good verse didn’t come naturally for me. It was learned behavior motivated by a boy.

That example might not sound life-altering, but picture a girl who did this for everything – from sports and snacks, to baby names and hair styles. Eventually, I got to the point where I had no idea who I was.

I was making up my personality daily.

Sure, I like skipping lunch to watch you guys play basketball. Of course, I like listening to you vent about this girl or that girl. Hell yes I’ll cover for you while you skip algebra, pretend I’m your girlfriend so you can shake the crazy chick you slept with yesterday, cook a meal, play Play Station for hours, let you crash at my dorm room, take shots of tequila with no chaser and hide your contraband in my purse ‘cause I’m the ride-or-die girl … right?

Or maybe I’ll wear that sultry little outfit, have 3 drawers full of nothing but panties, leave my pumps on, give you pet names, spend hours on the phone with you at night, send you texts full of hearts and smiley faces, meet your momma, let you meet mine and do nasty things in the movie theater with you…cuz I’m that girl, right?

Can you imagine? It’s a wonder why nobody had me committed! There was a day at work not long ago when I had a particularly terrible exchange with my boss and I went home asking myself “Really? Is that who you are? Is this where you’re supposed to be?” … ok let me be honest … The conversation went more like “Is this (expletive deleted) serious? She must not know who I am!”

But who was I? Why didn’t I believe I was the girl who should be in that position? Why was I so frustrated? Better yet, why the hell was I still single? Where was the man I was supposed to go home to and vent about my day? Who was going to burn the Hamburger Helper in my good pots in an effort to cook me a ‘feel better’ dinner? I was upset at work and a home.

WTF was up with my life?!

I must have called every guy in my phone book that day and none of them answered. The two that called me back offered no help. They had no idea who this girl was calling them half venting and half crying her eyes out. The conversations went something like “Damn, that sucks. What you gonna do? Let me hit you back later…”

It sucked to say the least, and it was more than just having a bad day at work. It opened a chasm of unfulfilled feelings and anger.

It was around that time that I took to my computer again to vent in the most politically incorrect ways through my imaginary sidekick Candice. The more I lashed out on paper the better I felt, which was usually the case, and one Friday night (alone in my apartment AGAIN) with a few glasses of wine I decided I would publish Candice and share her with the world. I realized creating this book was the one thing that was organically me. Nobody else even knew I’d been writing all these years. It wasn’t motivated by impressing some guy or setting myself up to look like the perfect wife on paper. It was just me and what I truly felt.

So I quit my job, deleted countless numbers in my phone book, de-friended people on facebook and unfollwed some folks on twitter. That was all cheaper than backpacking across Europe, going to teach English in Korea or enrolling in Law School.

And now here I am. Single, terrified, excited and unemployed lol! But I’m so happy! I feel as though I have no pressure and I think that’s important when you’re trying to figure out who you are and why you’re in the position you’re in.

Now, I’m not advocating for every woman to quit her job and go write a book. This choice was uniquely me and that’s important, it’s also why I chose to publish under the Pen Name Miss Guided. That’s exactly what I am, mis(frickin’)guided.

I haven’t a clue what I should be doing. I thought I followed all the rules. I did well in high school, had my choice of universities, and made a very sound and mature decision as to which one I’d attend. I excelled in undergrad and started working in the corporate world right after graduation. I should be planning a wedding, swaddling a baby or at the very least having those conversations with my serious boyfriend. But sometimes I feel really cheated.

Where’s the guy I’ve been preparing for? I couldn’t stand the corporate job, but how else do you find the guy you want if you aren’t being the person you want him to be?

With all the girls I tried to be, I should have at least 6 very different prospects lined up! None of those chicks were able to land a man?! How awful! What an epic failure! Imagine it like buying raffle tickets. The more you buy the more chances you have to win. I’ve got so many dang tickets in the fishbowl but nobody has pulled my number yet.

WTF is up with that?!

I think it’s because I haven’t been genuine. I don’t know who I am and thus I can’t expect somebody to be serious with me. Who will they be falling in love with? I’d have to ask – so handsome guy that’s really into me, can you tell me what characteristics you like about me so that I can keep up this faux personality and keep you interested? In fact can you write it down so I can post it on the mirror in my bathroom?

What if I forget? What if he likes the Rachael Ray personality and I accidentally slip into Sporty Spice? That could be disastrous.

I say all that to say, I’m tired of pretending. I’m feeling like the square peg in the round hole, or maybe I’m the round peg in the square hole. I don’t even know what shape I am! I can’t live like this; it’s no fun at all! I have to find out who Danielle is. And once I’m satisfied that I know her hopefully I can find someone for her.

So far I know she likes to write. I know she hates when people tell her she’s tall enough without heels because she has no intention of wearing flats all the time. I know she loves purses, football, lip gloss, sex, curly hair, shades of purple and t-shirts slightly smaller than they should be. I also know those are all pretty superficial things but it’s a start!

I really believe publishing this book is a great step towards finding what I’m looking for. My whole writing process was solely motivated by some girl deep inside who nobody knows. I think that’s me, I’m not sure. But I’m about to find out. Hell, I’ve given all these other girls a voice by pretending to be them, why not give her a chance too?

I’m terrified I’ll find out I’m some sort of raging bitch, but then again at least I’ll know and maybe I’ll find a guy tough enough to handle it. Wouldn’t that be fun?

Alas, why else would I be so interested in finding myself were it not motivated by a guy. Could it be that was me all along? I guess we’ll see…

To learn more about Miss Guided and her novel The Tin & Paper Fan please visit her website: www.dkellymilner.info Limited edition soft cover versions are also available for sale through the website.

I'm a 20 something "Girl Interrupted" trying to put what's "In My Mind" into "My Own Words" If I had it "My Way" I would Party like its 1999" and still avoid "Late Registration". I've got a “Basketball Jones” like no other and a propensity for prose. I live life like I’m “Bossy” but not “Conceited” and I love showing the world that “Girls just wanna have fun.” Other than that, the rest is still “Unwritten.”

← Ask Jess #12: How Can I Politely Blow Off A Friend-Of-A-Friend?
Jess in The Huffington Post: Facebook’s New Messaging System Embraces Techno-Romance →