How To Be A Creep 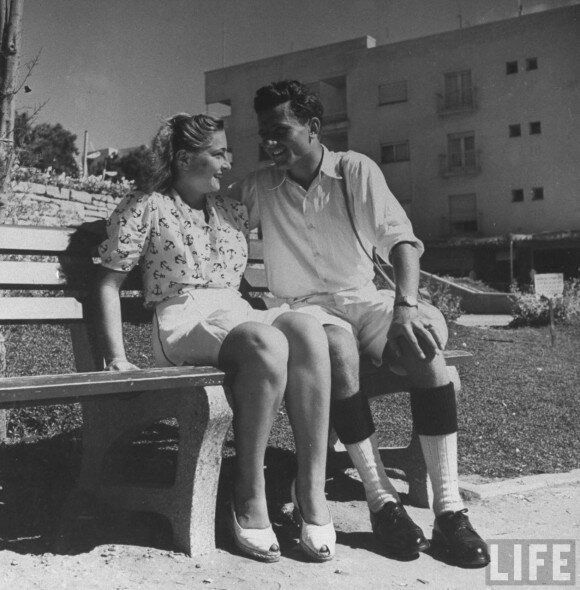 When it comes to dating sometimes even those of us with the best intentions wind up being an accidental creep. And this isn’t limited just to dudes, although dudes are better at sending creepy texts and PMs via Facebook, OK Cupid, Plenty of Fish, and so forth, than women are and why is that? But yes, ladies can be creeps too. I’ve been an accidental creep once. I did not leave my house and think, “Okay, tonight I’m going to be Lydia Deetz without the charm.” But it happened. I lived and learned.

Don’t be an accidental creep. Don’t make these mistakes.

NOTE: These really only apply to those first reaching out. If you’ve already been seeing someone for a while and feel you know them well, that’s different. But if you’re just connecting with this person and are trying to make something happen, these are the ways it won’t. Life is different for everyone, blah blah blah.

You send too many texts.

Have you ever gotten,

all sent within an hour? At first it’s kind of funny, then you feel sorry for the guy, then you’re just plain annoyed. I’ve heard from guys, “Why didn’t she tell me she wasn’t interested?” There’s three ways this usually goes down. The woman tells the guy she’s not interested which he then, 1. takes as a challenge and still tries to “win her over”, 2. gets really angry and lashes out at her, sometimes even threatens her, and 3. is respectful and mature about it, and completely leaves her alone. Sadly, 3 rarely happens.

You’re told he/she has no interest, but you keep persisting.

A long time ago, I met a guy on OKC who seemed pretty cool. We start messaging and I discover he’s a little too intense for me, lives very far, and has a kid. Not what I’m looking for at this point in my life. I tell him that I think he’s a little too serious for me and besides, he lives so far away. He tries to change my mind, saying that he’s just “really formal” in “the written word” and that he doesn’t live as far as I think he does. Uh, dude, I’m looking at a map right now. Yes, you do. And that’s not even taking traffic into account. Finally I tell him that, although I’m sure he has a great kid, I do not want to date someone with a kid. He tried to talk me out of that by saying it wasn’t a big deal because, “she mostly lives with her mother” and as such, really “shouldn’t be a factor.” Oh, right, I forgot that as soon as someone moves, they no longer exist in your life. It really creeped me out that he wouldn’t give up and that he threw his kid under the bus to try to score with someone on OK Cupid.

It doesn’t matter if you don’t agree with their reasoning. You’re not writing the Declaration of Independence together. They’re allowed to have their own opinions and thoughts about you that you may not agree with or even like. They’re allowed to say no and end the conversation there. Their “no” is not asking to see a second draft of your personality.

You “joke” about sex and rape.

And these jokes always involve emoticons. For example, texting “what r u doing?” and getting the response, “relaxing” and throwing a smiley-winky face in with “bet I can help you get even more relaxed” doesn’t make you look or sound like Don Draper. That example is tame. I’ve seen a text where some guy (a married coworker) texted something kind of weird to his coworker and when she responded, “That sounds a little rapey” he texted back with, “That’s because I was using my rape voice

” What??? Guys (ladies too) unless you know your target audience, don’t joke about rape in a text. I know you really want to believe that you’re Louis C.K. and you get it, you’re not like those other guys with their stupid rape jokes, you totally get it, you stupid bitch — I know this is what some of you are thinking. But maybe don’t lead in with a joke about violating their body topped with a smiley face, okay? Maybe just hold onto that one for a little while.

Usually when one flirts, they realize that they’re doing it. But some people are so socially awkward that they don’t realize that they’re flirting, or if they do, they don’t realize why it’s inappropriate. If you message someone or come up to them in person with the interests of dating and/or having sex with them, and they tell you that they have a boyfriend/girlfriend/wife/husband, it’s game over. That’s it. It’s not a starting point for negotiations. After that point, be polite, don’t make it weird, and deal with it. Because if you don’t deal with it, if you hold onto that belief that, “once she really gets to know who I am, I know she’ll cheat on their partner with me” and you continue to flirt, you’re actually going to embarrass that person and yourself. Big time. From then on, any hardcore flirting you do is inappropriate and should be stopped.

Another example of inappropriate flirting is when I bring something into your store to get it repaired and you call me back letting me know that it’s beyond repair but that you’d love to go out to dinner with me sometime. What in the everloving fuck? This happened to me in college. I thought I was just being nice with the guy at the computer store. He was a nice guy. I gave him my number so he could call me back about my computer. He took my number so he could call me about a date. It was awkward for both of us. Don’t do that. Please don’t do that.

You insist on sending dick pics.

The saddest text exchange one could see is the exchange between a boy who really wants to send photos of his dick, to a girl who really does not want to see them. I’ve seen people beg, “please do not show me a picture of your dick” and then BAM, they send it anyway. Do you have any idea how gross that makes us feel? That you managed to put your dick in our face without even being in the room? Do not send people naked photos of yourself if they do not want them. Why does this even need to be said? And it goes for ladies, too. If you ask a dude, “Wanna see my boobs?” and he says, “No”, don’t send the photos. Don’t assume that just because you’re a girl, you can send naked photos of yourself to any guy and they’ll be appreciative.

In conclusion: if you don’t want to be creepy, then don’t be desperate, take no for an answer, and be a decent person. And don’t use lots of emoticons, because the creepers have ruined those for the rest of us. Sorry. :/