Good, Bad, and Ugly: A Personal History in Valentine’s Days 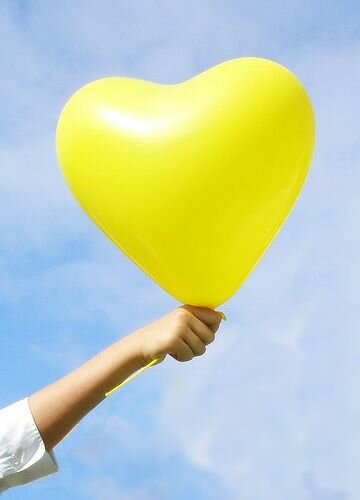 Ah, the notorious Valentine’s day. I used to love it, Horatio. Next to Christmas, I’d say it was my favorite which, for a five-year-old, is pretty impressive. The trick was that my parents celebrated Valentine’s Day as an awesome family holiday.

I don’t think they understood the kind of social experiment they were taking on. The romantic trappings of the day just weren’t important to them. They only wanted to celebrate love. You know in Girls when Lena Dunham’s TV parents fly her back home so they can celebrate their wedding anniversary with their “favorite person”? That’s my parents.

You’d think, being raised with such a happy-go-lucky attitude about the holiday, I’d avoid some of the pitfalls the it holds for others. But you can’t go home again.

Every February fourteenth, my mom would braid my hair into a heart-shape. I would dress in something pink or red or occasionally purple that also had hearts on it (don’t worry, I had plenty to choose from). At school, I took great pride in distributing the valentines my mom and I had crafted earlier (one year, the greatest year, involved splatter-painting). The teachers had gotten hip to the possibilities of cruelty and a strict rule stated that if you brought valentines in for anyone, you had to bring them for the whole class. It was probably, looking back, the day of the year I worried least about being disliked. The thrill of a classmate approaching my desk to drop a card into the pocket I’d made out of paper plates and yarn was never diminished by the knowledge that everyone else got one, too.

The festivities continued at home, where we made our annual holiday pizza — from scratch, in the shape of a heart. My mom would stir drops of red food coloring into our milk and cover the table in a matching pink cloth. My sister and I would find at stacks of valentines on our plates – at least one from each other member of the family – and a box of chocolates from my dad. Maybe you are rolling your eyes at this ridiculous wholesomeness. But these are some of my happiest memories.

It wasn’t until I was an undergrad on the East coast that I started hearing litanies against the holiday. It was invented by Hallmark. It was an invitation to disappointment. It was a link on the chain of gender normativity. This was to be expected at a women’s college, where even those in happy relationships had mixed feelings about the day. But hearing these things felt like attacks on my memories. More than once, I innocently asked: what was the big deal about a day meant to celebrate love? It didn’t go over well.

So I tried other things. I watched action movies with my friends in protest. I did nothing. I performed in our school’s first production of the Vagina Monologues; we raised money to end violence against women and reclaimed the word “cunt,” yelling it gleefully across the green at all hours. Some of this was great. But I missed the outright, mutual adoration of my past.

Senior year, one of my closest friends asked me out on a platonic Valentine’s date. I don’t remember exactly her reasoning, but I think she, too, was tired of pretending that there was no value in celebrating the day, and thought that I might be game. Of course I was. We splurged on delicious drinks and dinner. She taught me the beauty of a gimlet. Amelie had just come out and was playing at an old movie house. We loved it.

I’m so grateful to her for introducing me to the platonic Valentine’s date. It didn’t hold all the giddy joy of my youth, but it freed us from the dual tyrannies of romance and anti-romance. It taught me a way to have a good Valentine’s day outside of my family. And it was a lovely time. The Platonic Valentine’s Date became my model for the next few years and brought me relative happiness. Plus, it gave me an excuse to wear lots of red and pink.

Then, suddenly, I had a serious boyfriend.  Did I take all the lessons I’d learned through college and apply them to my new situation? Not at all! I abandoned any measured approach and rushed headlong for what I was sure would finally be the injection of pure bliss I’d learned growing up. I was ready to be adored and adored and adored.

I’m not saying I wasn’t. In fact, that first Valentine’s Day, in the full swing of early courtship, was pretty lavish. Dinner, flowers, chocolates, cocktails at a hotel bar. All the traditional trappings I loved and then some, all organized by him to give to a fluttering, princessy me. I had a high bar and he sailed over it. Things were going to be great from now on.

But two things changed: 1. The usual downshifting from courtship to every-day relationship. 2. The unwieldy desire I had to get engaged. I began chasing a two-headed ghost: my past and my future.

Every year without a proposal, I was a little more heartbroken. My friends would say, wrinkling their noses, “But seriously, did you really want to get engaged on Valentine’s day?” YES. I DID. SEE ABOVE.

This culminated in the worst Valentine’s day I have ever had, five years into our relationship. We’d decided to go crazy and get a fancy hotel room. I scored us tickets to see Company on Broadway. We didn’t know anything about the show except that it was Sondheim, and we loved Sondheim. He gave me my gift after we checked in. It was a necklace. I tried to put on a brave face as we walked to the theater.

Do you know what Company is about? It is about how marriage is the worst thing on the planet. No joke. There’s not even a plot, just a bunch of miserable married people telling a single guy how lucky he is to not be in a relationship. I watched it numbly. We barely talked at intermission. It made no difference at all how dreamy the single guy in the show was (Raul Esparza – pretty dreamy).

Needless to say, the day that I had felt the most love as a child, I felt the least that year with my boyfriend. How far the mighty had fallen. What a waste of a fine hotel room.

Since then, we’ve been careful about the holiday, downgrading its importance, doing low-key things, generally managing to have a decent time, but always tip-toeing a little. And we did get engaged, and married eventually, though neither of those things happened on February 14th. In the end, romance (and the wedding industrial complex, and crazily unreasonable expectations) all but ruined Valentine’s day for me. A sad, modern story.

I haven’t given up entirely, though. I still wear red and pink. I’ve been known to buy heart-shaped donuts for coworkers. My husband has been known to bring home flowers. And every year, I get a box of chocolates in the mail from my dad. That’s still my favorite part.

Thanks, tanakawho, for the photo!

Churches are amongst the greatest places to meet singles over 40, as well. chelsbaby onlyfans This is site open Canada chat, and you can obtain many Canadian singles, on our Canadian dating web page. With a fairly reasonably priced monthly subscription and sophisticated search filters, receiving laid on BuddyBang is a piece of cake. dating dresses The hookup — that meeting and mating ritual that began among high school and college students — is becoming a trend among young persons who have entered the workaday world.