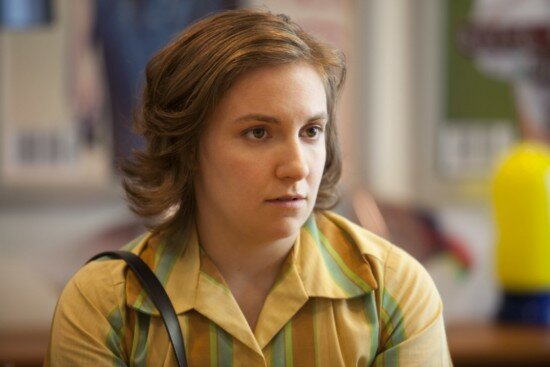 In our last episode before the season finale, each of our characters’ season long struggles come to climactic almost-breaking points. Everyone is losing control, and everyone is alone.

Sexual incompatibility: or, “I don’t know what came over me.”

Wherein Natalya and Adam become boyfriend and girlfriend and not boyfriend and girlfriend. They aren’t into the same movies and they definitely aren’t into the same type of sex. “I’m on the pill,” Natalya says after he aggressively throws pillows off the bed, “but will you come outside of me just in case? And I don’t like to be on top that much or soft touching because it tickles me it takes me out of the moment, but everything else is okay.” Adam – who we’ve seen call Hannah a “really late walker” during sex, not to mention pee on her (twice) – appreciates Natalya’s honesty and goes with it. I immediately wondered in that moment what would happen when it was Adam’s turn to be honest about what he wants, but in the moment he just looked at her and said the perfect thing: “I like how clear you are with me.”

Having had the relaysh discussion over coffee, Natalya invites Adam to her friend’s engagement party, where – of course – he runs into Hannah while Natalya is off with her friend, defending Adam’s looks as “Peter Pan-like” rather than “old timey criminal-esque.” (For the record, I’m on the Peter Pan side, and I’m totally into the eternal youth look.) Of course, after seeing Hannah, Adam needs a drink. No! But he has a jack and ginger, and possibly more during the dance montage with Natalya where he showcases his signature goofball-but-sexy dance moves that we saw briefly in “The Crackcident.”

The two return to Adam’s apartment and, as Girls tends to do, show us the swift demise of Adam and Natalya’s relationship all in one dark, scary sequence. Watching Adam crawl back into his season one skin under the influence of alcohol/Hannah Horvath was one of the most powerful (terrifying) experiences I’ve had watching Girls this season. “I don’t think I enjoyed that… I didn’t like it at all,” Natalya says after being forced to crawl to Adam’s bedroom, accept oral sex when she hasn’t showered, and experience a (mild) dose of Adam’s rhetoric. And just like that, they’re at an impasse. At least he didn’t come on her dress?

No matter how skeptical I was of the rest of the episode, and no matter how much I’m craving more comedic moments in the show, (remember the “on your back” sex in the Pilot? Where even though it was totally awkward we got to watch Hannah struggle to take her tights off for like… five minutes first?), this scene made up for what I found to be the episode’s flaws. Because it was a portrayal of a very authentic experience I’ve let myself sit through one-too-many times, that lots of girls I know have also sat through, er… kneeled through. The experience in which the female does not want to be having sex, at least not in that position or at that moment or so recently after the foreplay has begun, and she does it anyway, and looks away the whole time, and the male doesn’t notice or stop. It was torture. I cringed and cried. But it was real and palpable and these writers are brave enough to put it on TV and that is why I watch and will continue to watch this show until it is off the air.

Flirting with friends. Or: “Marnie told us about the AMU’s!”

While Adam and Natalia are snuggling away, calling each other boyfriend and girlfriend, joking about how “artificial sweeteners will rotten your insides,” Shoshanna is doing lots of “Geisha shit” and feeding Ray any kind of artificial sweetener he likes in order to make up for “holding hands” (read: making out super duper viciously in a broom closet) with the doorman. At the same time, Ray is apologizing, which he never does, and helping Marnie – albeit reluctantly – “lay down a track.” She wants bassoons.

At Charlie’s office party, Shoshanna does her best to avoid Ray, and accidentally flirts with everyone she comes across, including Charlie: “okay, I don’t want this to be awkward but like, you look amazing. Like seriously you could have sex with like, any girl at this party, including me. Oh my god.” When Ray confronts her about her behavior, Shoshanna avoids the subject, then half-confesses to her recent brush with infidelity. Ray laughs off her lie and tells her he loves her so much, but the look on Shoshanna’s face tells us she might not be so sure anymore.

Attempting independence. Or: “I’m an old friend of Charlie.”

Little harsh on the pretty girl, are we, Writers? I mean, I know she lacks self-awareness, but she’s not any worse than Hannah or Shoshanna when it comes to accidentally hurting friends’ feelings. By the way, concrete lunch plans are a completely acceptable thing to be upset about, IMHO.

Further twisting the knife, her ex-boyfriend is unexpectedly blowing up in the mobile app world. Forbid has reached 20,000 Monthly Average Users. I found it totally out of character that Marnie would stand up in front of an entire party of strangers and embarrass herself the way she did, and even less out of character that she didn’t realize how embarrassing it would be. Her one triumphant line was announcing that she had written the song “to celebrate this premature success you’ve all had, so.” LOL.

After Marnie embarrasses the shit out of herself, Charlie goes into mentor/babysitter mode: “Dude. you’ve gotta get your shit together, okay? You are flailing. I have never even seen you like this before.” Then the pity party begins: “What can I do to help?” I wish they’d give the girl a break. Marnie has been “good” her whole life. Like Hannah, and many other well-off, private school educated white females, Marnie has done what she’s been told to do – commit to a regular hygiene routine, follow rules, have good manners, get a nice, long-term boyfriend – her entire life. And now she’s lost and alone and has no idea what she wants. “I’m good,” she tells Charlie, “and sometimes being really good, all the time, feel really bad. But you know what? I am on a journey.” She’s right, she is on a journey. Could we please give her one single moment of happiness? I would love that.

I would also love for Hannah and Marnie to get back together. Please? They could both use a mutual reality check, and that’s what best friends are for.

A downward spiral. Or: “I suggest you frame it.”

Hannah is turning her book into a novel about having sex with a teenager, even if it might get her arrested, and it’s making her very anxious. As her OCD tendencies that appeared out of nowhere last week continue to plague her, she shoves a Q-tip way too far into her ear in one of the most painful shots I’ve ever had to watch on TV (although watching her pick a splinter out of her butt might be a close second). Since she “heard air hiss out the hole”, she tells her parents she needs to go to the hospital… with any of her “12 to 15 very close friends. That’s not why I called you.” Wait, I’m confused. I didn’t know Hannah was getting along with any of her friends right now.

“I’ve just been having a little trouble, uh, with my mental state, these days I just, I have a lot of anxiety and I didn’t think that stress was affecting me and it actually is and so, I’m not saying this was an accident but I was just trying to clean myself out and I just –”

“Well i’d say it’s an abrasion,” the doctor replies. In other words, “I could care less about your mental state.” Just like no one could care less about her book deal. For the past few episodes, Hannah has forgotten to ask questions, forgotten to care about other people’s lives. And now she’s bereft of her friends’ sympathy, which is what tends to happen. She’s unable to help herself and totally trapped by her compulsions. Even Adam isn’t willing to listen to her monologue. “Jesus Christ, Kid, be careful,” he tells her, and turns to go back inside as she stubbornly attempts to share her Here’s-What’s-Going-On-With-Me emotions with him.

So, as a symbol of her struggle, she keeps the Q-tip instead.