Get Away from Me, Assholes 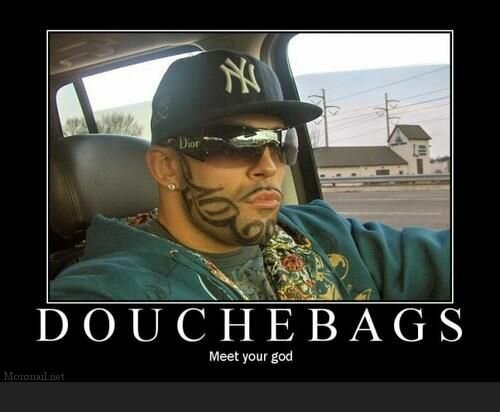 Have you ever had your pride, your time or your self-worth insulted on the way to get where you’re going? Perhaps you had a job with awful people who made you feel worse about yourself. It was an imperfect situation, but you made a choice. Or, really you just didn’t know what you were getting into.

Or perhaps you had a mediocre boyfriend, but he was the best so far. He loved you, in his way, and that made you feel good. Except those nights when he’d drink too much and forget to call. He had his upsides, that is until he broke up with you three days before he was going to accompany you to your sister’s wedding. Etc.

I have lived some version of an imperfect situation. We all have, of course. We’ve all been in places because we thought we didn’t have a better choice at the time — or, because we actually didn’t. While unavoidable, getting dealt a subpar hand of cards still sucks.

But this is the thing about getting knocked around a little bit, it takes its toll. Yeah, maybe you had to take that job for a while. Or maybe you “needed” that boyfriend to help you cope with that horrible job. But you won’t need them forever. And you can’t forget that. Maybe it’s rough right now but the day will come when you do have a choice. Partly because you believe you can make that choice.

I was reminded of this recently. This is what happened.

A former, more senior, business acquaintance of mine, let’s call him “Mike,” was in town. He wanted to catch up, grab a drink. Never really a fan of this person to begin with, I begrudgingly accepted, despite his consistent habit of flirting with me in a way that had always made me a little uncomfortable.

“Ugh, fine,” I thought, never hurts to maintain a contact. This is LA. People conspicuously network. It’s obnoxious, and I avoid that stuff whenever I can. But if someone ostensibly more senior is going to make the effort – I’m not going to say no.

Disclosure: My boyfriend, “Brad,” is a filmmaker who works with some powerful people. Because of this, I accept that sometimes people are going to want access to him so as to get access to other, specific, people. I’m used to it. To the extent that it occurs, which is seldom actually. We don’t make a habit of being around assholes.

Except when I do, apparently.

It’s a Thursday and Mike and I grab a drink. He turns a drink into dinner, a dinner that I want to decline but feel snared into. He’s ordering more to drink. Our conversation consists of nothing more than polite attempts on my part to deflect his bludgeon-like flirting, that or evasive answers to his nosy questions about Brad’s career.

I dislike every second of dinner. I feel gross, but also paralyzed. This person exists in my industry – in what feels like (in the moment at least) a position more established than mine. I don’t want to be rude. I’m afraid to be rude, but really what I want to do is go home to Brad and my Netflix.

There’s a thing I’ve encountered, which is that when someone confronts you with egregious awfulness, sometimes you have to be a few degrees away before you realize how awful it actually is. For example, one must be a particular level of douchebag to hit on the live-in-girlfriend of the man you’re trying leverage professionally. Like, platinum minted. It’s so shocking, that in the moment you don’t even grasp it.

This is also the danger of having been in an imperfect situation. People are able treat you awfully even for a little while, and you can come – even if only subtly  - to believe you are powerless against it. There’s a small part of you conditioned for it, and it’s why sitting at dinner, I didn’t just leave that asshole to walk himself home.

The dinner ends. It’s in the car that his hands start creeping into my hair as I give him a ride back to his hotel.

My body clenches from top to bottom, revolted. I don’t know if there’s anything worse than the feeling of an unwanted, and certainly unencouraged sexual advance. I say nothing and plaster my body to the driver’s side door.

A few blessed minutes later, I let him off at his hotel as he plies me with entreaties to get Brad to watch his most recent film.

Later, at home, as I recounted the evening’s events to Brad, you should have seen my body language. I was – literally – backed into a corner in our kitchen. My voice was elevated and pitchy and as I spoke, my hands were flailing around, palm out, in a way that emulated protecting my chest.

“What will I do when I had to encounter this person again?” I fretted. “How will we survive as creative people in a competitive world full of awful people like this?”

“What is wrong with you?” Brad asked, concerned and utterly bewildered.

“Alison,” he said calmly. “You never have to talk to this person again.”

Which is when I realized he was right.

Recounting this after the fact, it feels like a little bit of a duh moment. But when I was in it, the only thing I felt was trapped. Maybe it was a female thing – always being raised to be a pleaser. Or, maybe, that moment just brought back the struggle to establish myself in my green, early twenties. I feared burning a bridge. Some of all of the above and more, I’m sure.

But this is the thing, when someone approaches you aggressively or inappropriately, they are the ones burning the bridge, not you. You can’t avoid assholes and it’s a mistake to think that empowerment means that you’re never engaged in conflict. Every once and awhile I have to remind myself that being strong and being yourself, does not always mean being liked, especially by people who you patently dislike.

Sometimes, saying no to assholes is as important as saying yes to opportunity.

In retrospect, why did I even accept this offer to begin with? I realize now it was because I thought that I didn’t have a choice, when in fact I did. (I have a rad career, wonderful friends and plenty of “contacts” that don’t suck. For goodness sake, this person was tracking me down!) And even more importantly, the choice to maintain a relationship with someone I didn’t like, did me more harm than good. I ended up insulted, sexually harassed and feeling trapped and vulnerable.

Just imagine the wonderful opportunities that would have come my way had I not chosen to sever ties!

Perhaps every example of this phenomenon isn’t so extreme — as “Mike” is a particularly horrible, bullish and insane individual. (Did I mention that he called, emailed or texted me no less than fifteen times after that night in some sort of effort to berate me into connecting with him again?)

But the whole situation also got me thinking about the standards I set for the people around myself. And how surrounding yourself with people who sustain, encourage and inspire you – who make you feel good about yourself for being who you are – is one of the most important things in the world, and a fundamental prerequisite to success. No one became the best, happiest, most fulfilled version of themselves because they allowed people around them to treat them like crap. Not for a second.

I realize that we all have to go through our fair share of bad boyfriends, of saying yes when we should have said no and visa versa. But this is what I tell myself whenever things feel bleak: we all go through moments like this. We are all made to feel bad or paralyzed, at one time or another. You’re not alone and you deserve – you always – deserve better. Those moments in time when things appear impossible, are just that, moments. And moments are finite.

← Confession: I Need to Come to Terms with Kimye
Fashion Film with Lizzy Caplan →