In The Words Of Men…(Uh Oh) 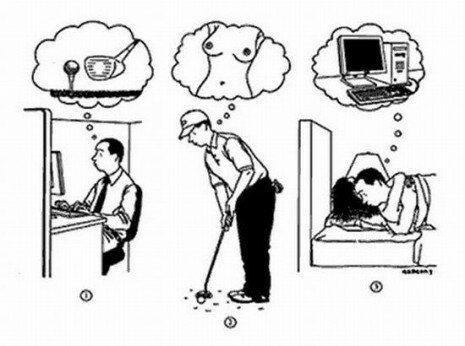 During all those non-dates, while they’re hitting us up under the guise of techno-romance – what are the guys in our dah really thinking? And…are we sure that we want to know?!

According to this video, maybe not.

The ‘Good Guy’ Debate Rages On 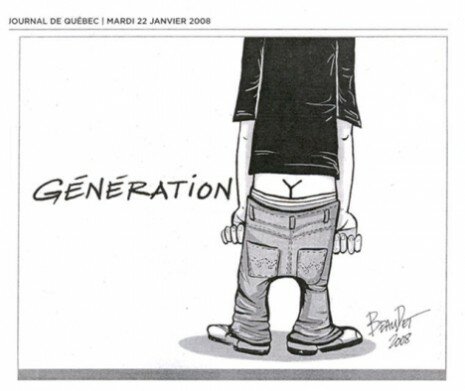 Still not sure if the Millennial guys in your dah are the bee’s knees or the end of civilized masculinity as we know it? What, you didn’t believe Becky the first time around?

Fine. Well maybe you’ll take Jess’s word for it (and some other smart people who were interviewed for this article, too).

Do American Guys Have It Easy?

Hey! Millennial guys here in the U.S. - you think you’ve got it tough? You believe that women your age can be demanding and confusing and intimidating?

Just be glad that you don’t live in China. 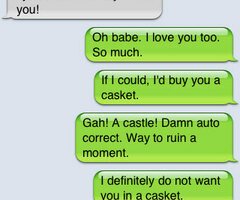 Whenever we come across some guy-to-guy love advice, we can’t help but wonder – would that move/line/apology tactic work on us?

Why Is He Holding Open That Door? 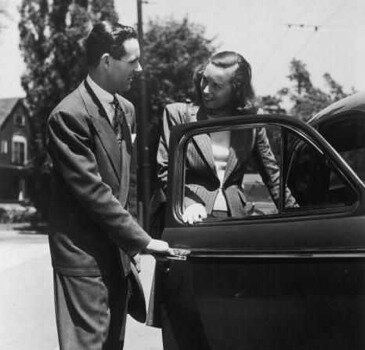 Wait – guys don’t hold our doors, pull out our chairs, and carry our umbrellas just because they’re nice? There’s an ulterior motive?! 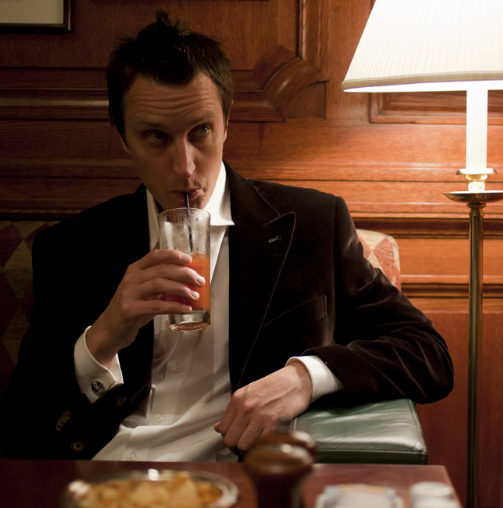 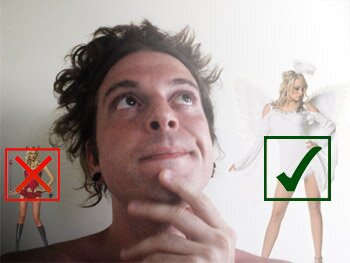 Where Have all the Good Men Gone? Nowhere. 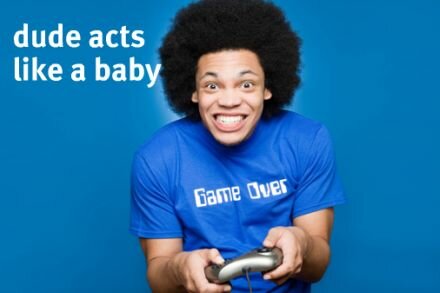 “Still, for these women, one key question won’t go away: Where have the good men gone? Their male peers often come across as aging frat boys, maladroit geeks or grubby slackers…”

Sound the alarm! If you’re a smart, successful, driven, accomplished, daring, take-the-world-by-storm Millennial woman (like me!) (aren’t we all?), then the early returns on the men of our generation are IN. And the outlook is not good. Those of us who (one day) want to find love, settle down, and raise a family might have to rethink how this whole marriage-and-life-partnership-thing is supposed to work.

Because it’s unclear if the men around us will (ever) be up to our level of education, dynamism, professional success, and personal accomplishment. As young women, we’re trouncing young men across the board. They can’t keep up! Are they even trying?

In fact, according to this recent, much-touted WSJ article, it’s unclear if the men around us are even men. They are guys – ie – “males who are not boys or men but something in between.” These guys exist in a nebulous state of “pre-adulthood,” in which they don’t have to commit to life decisions outside of X-box vs. Wii vs. PS3. Per the WSJ excerpt of Kay S. Hymowitz’s forthcoming book, Manning Up: How the Rise of Women Has Turned Men into Boys: “Why should [guys] grow up? No one needs them anyway. There’s nothing they need to do. They might as well just have another beer.”

Men. Guys. Boys. Beer. If they’re not rising to the standards that we enterprising young women are setting, then who needs ‘em?! We’re better off without them. My mother always told me to date older men and drink Chardonnay, anyway. 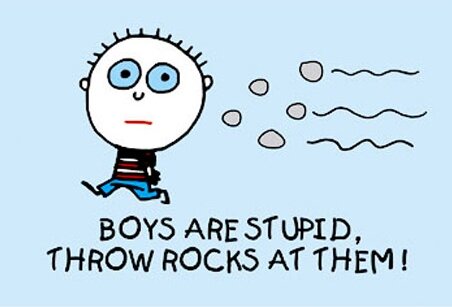 Hold on a second.

As the co-founder of Dating & Hookup! and the older sister of two (manly!) young men, er, guys (PS3 all the way!), and the friend, lover, confidant, buddy, sometime girlfriend, and all-time-biggest-fan of many guys who are (or have been) in my dah, I can’t help but feel there is a critical piece of insight missing from this analysis of “pre-adulthood” and what it means for men. And what it means for me.

I Hate to Break it To You, Jess. But You’re an SJP.

Jess – we’ve been best friends since we were 12. Remember that one time at band camp?! Lord knows, I’ve been listening to your advice for a LONG time (and frequently ignoring it – hence my f*cked up love life). So I sat down with great interest to read your Ode to Players. I figured I would read it, contemplate it, internalize it, own it, and then send a “checking in” text to that guy who just blew me off. Sounds like a plan, right?!

But I read the Ode to Players (READ IT HERE), and I couldn’t stop thinking about the idea of the Self-Justifying Player – the SJP. I can think of a bunch of guys in my life right now who fit the description as I understand it:

He SWEARS he’s looking for love as he engages in one meaningless fling after another. And it’s not him (he was straight up!), it’s YOU and YOUR mistake if you interpreted his thoughtful gestures, frequent emails, non-date invites and deep confiding as any kind of serious interest. Haven’t you read He’s Just Not That Into You? If he WERE into you, he would have moved sky and earth and asked you to marry him by now! Duh. Crazy girls.

Makes me furious! But then I had a thought. What ABOUT us girls? And what about YOU? I hate to break it to you, Jess. But…I think…you’re a Self-Justifying Player. And I might be one too. Let me explain…

Are Men Necessary? What About Pompous Windbags?

Unfortunately, way too many women learn it the hard way. Even a guy with everything going for him – a high paid sports career, pop stardom, a governorship, the Nobel Peace Prize – can turn out to be a disrespectful/lying/cheating/hypocritical scumbag. Hence the WTF?! Wall of Shame.

As the young generation, we’re optimistic about love, and we’re re-defining the rules of courtship and relationships, but around every proverbial, pop-cultural corner there’s another failed marriage, another woman scorned, another embarrassing sexual revelation, another tragic fall.

From Hopeless Romantic to Happily Single: One Man’s Take on Dating in New York

Two women – as opposite to one another as humanly possible – gathered on a rooftop with their significant others and a small group of friends for a birthday party on a warm, clear Sunday night in New York City. The first, a dark-haired artsy rebel type covered in ink, said hello and then proceeded to ignore my presence completely while nervously watching her sort-of boyfriend suspiciously glare at me in the distance. The other, a busty, bubbly and blond All-American girl, nearly bit off her tongue trying to explain what she and her man were doing there, since they usually reside across the country.

Having spent nights in bed with both of them, it was an uncomfortable scenario to encounter.  Yet I couldn’t feign surprise.  Somehow, in less than two years of living in New York, I’d managed to hook up with a good portion of my friend (we’ll call her Betsy) Betsy’s social circle. Betsy works in fashion and surrounds herself with cute women. And I’ve been told that I happen to be one of the only straight and ‘normal’ guys that these women encounter in a city full of snobs, slobs and men not interested in the opposite sex.

Circumstantially, I wasn’t set up to date either of the women on the roof when our attractions became physical. In one case, there was the issue of her being in a sort-of relationship (the artsy girl).  And in the other, the issue of 2,000 miles (the All-American). These were safe scenarios for knowing that I would have a night’s companion without risking a life’s commitment.

Being single in New York has become a constant analysis of that same risk and reward. Let me be clear – I am not the type of person to endorse cheating, simultaneous sexual partners or sex without emotion. I have had a single one night stand that involved a complete stranger in my life, and it occurred on vacation. Sure, I’ve had plenty of single nights spent in bed, nearly rounding third.  But I’m not into counting homeruns or the other macho shit that guys do. I don’t walk around comparing one lay to the last or keeping tally, either.

To be completely honest, I am a hopeless romantic caught up in the mess that is the Manhattan dating scene.  Luckily, I’ve learned a few things along the way.

Dinner and a Movie Date: RIP

It’s time to say vaya con dios to a once familiar friend. Dinner and a Movie Date, we knew you so well. Once. Remember sitting in a dark room not talking to the person you’re trying to get to know? Who could forget the arguments at the Red Lobster post-movie discussing whether the hunky star is actually gay? Do the math: $30 for a 3D blockbuster ($40 with popcorn/soda) + $50 dinner ($70 with wine) ÷ flaccid economy = M’eh (to the tune of a Benjamin).