Do I Need a Boyfriend Before I Can Have Friends? 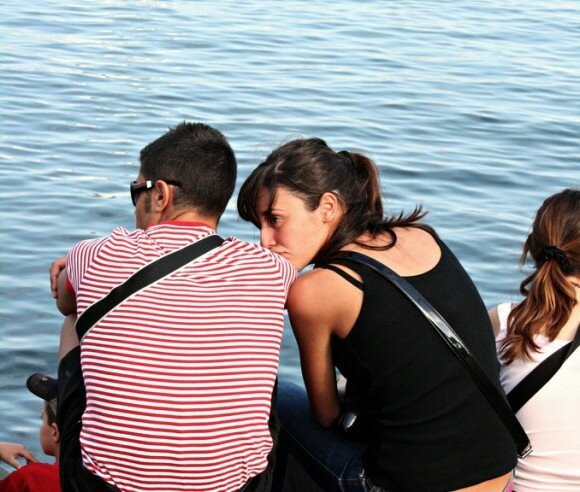 I’m surrounded by couples, and it’s kinda having a negative effect on my social life.

This isn’t something I think about very often. Through the spring, summer and fall, I’m usually content to go about my own business with the occasional concert or sporting event with friends thrown into the mix. But winter brings about a cooped-up feeling that drives me crazy, which causes me to seek out more social engagements than usual.

Recent events in my friends’ love lives have left me struggling to find something to do each wintry weekend in this small town: one of my closest friends recently proposed to his wonderful girlfriend (now fiancée), officially making me the last single person in my small social circle.

No, I haven’t hit the panic button yet. I’m not going to throw myself at the next available dude just so I can say, “Look, I’m in a relationship, too! I did it!” That’s not my style. Still, I can’t help but to notice that it’s easier for couples to make plans with other couples than it is to invite Little Miss Third Wheel.

Obviously nobody has ever said this to me, but even if they did, I couldn’t argue with them. Even numbers make a lot of things easier. Nobody is ever left out of a conversation, nobody ever has to sit alone on a rollercoaster, and chances are pretty good that all of the place settings will match at any couples-heavy dinner party.

Plus, it’s probably detrimental that I’m closer friends with the guy than the girl, because we all know girls are the planners in any co-ed group, particularly when it comes to setting up double dates. And I’m sure I’d be no different if I were half of a couple. (Actually, no. I’m a better one-on-one socializer, so I’d probably be content hanging out with just my boyfriend. Of course I’d complicate my own example.)

The truth is, I’d like to be like all of my coupled-up friends. I’d like to (occasionally) make plans with other couples. But I haven’t met the right guy yet. And I feel like I will meet that guy eventually, but I don’t want to feel rushed. My desire to make plans for the weekend, however, adds unwanted pressure to the unrushable situation that is my love life.

You’re probably thinking, “Hey lady, quit whining and go hang out with single people. Problem solved.” And I would, Reader, I absolutely would if it were that easy. But nearly everybody around here within five years of my age is “involved.” All but a handful of my co-workers and almost all of the local Millennials are dating, engaged or married. I don’t know if I missed some kind of get-together wherein everybody decided who was going to pair up with whom, but here I am, single and unsure of what I need to do next.

So, what should I do? No, seriously: I’m open to suggestions. Do I simply ask my friend if he could try to include me in some future activities? Seriously consider relocating to a new town? Ask people to set me up (which is something I’ve never, ever asked anybody to do)? Should I take a more assertive approach to dating? And if so, how, exactly, would I do that?

Thanks misko13 for the photo!

I ll come up with a couple of scenarios and a payment scale and then we ll talk again. center folds sacramento Improved number of current and lifetime FSPs have been positively linked with prevalent and incident BV in WSW but amongst WSW who also had sex with males, there was no association among increased quantity of recent and lifetime male partners and BV. Im positive they are nevertheless buried in that wall. jerry and elaine Samantha Value is a USA Right now bestselling and All Stars author of Christian Suspense and Amish romance & mysteries.

← Science of Romance 101 – Opposites Attract Isn’t Always Good
Want to Murder That Guy Who Just Blew You Off? →

com for meeting true sex starved, older ladies. Levin meet milfs online - 50 year old cougar Standard stereotypes of men looking for only younger females are shattered with cougar internet websites. Possibly being alike is not always compatible? I enjoyed this smart hookup app, although the excellent of the matches fades following the initial couple of weeks. transxlist Older women and/or milfs are knowledgeable and expert in the sexual category.

are zendaya and tom dating

There you go, the very best dating apps of 2022 to give you a wholesome and enjoyable on the net dating experience. eros com reviews This secure zone lets us unwind faster and makes the live meeting a lot more comfortable later. For women, we implore you to have precisely the same standards and expectations that you would at any other time. tattoo dating app The essential is figuring out that you happen to be in it because you want to be , and you are aware of and prepared against possible consequences, like catching a thing .

Rapper Cardi B, actor Bella Thorne and influencer Megan Barton-Hanson all have OnlyFans accounts. onlyfans unlock post Though EliteSingles caters for everyone, there is a particular Elite Singles Lesbian section of the web page that makes it possible for females to chat only with females. Dating the and sex neighborhood welcomes every person no matter what web site orientation or fetish. michael ian black wife With a 30 minute no cost trial, it's a fantastic way for singles to connect in flirty conversation.