Do I Love My Husband More than My Kids? 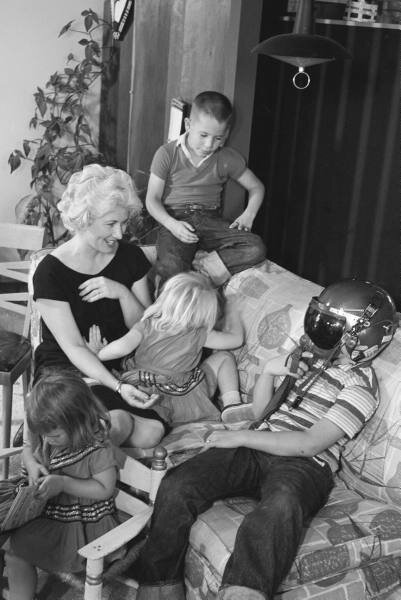 Should you love your spouse more than your kids?

In a 2005 article for the New York Times by Ayelet Waldman called “Truly, Madly, Guiltily,” Waldman ruffled feathers by admitting that she did, in fact, love her husband more than her children. As a result of her confession, she experienced a major backlash, fielding harsh criticism and accusations that she was a bad mom. The response was so great that she later wrote a book titled Bad Mother in 2010.

For a lot of parents whose worlds revolve around their children, Waldman’s admission was unfathomable. After all, you hear stories about mothers lifting cars off their children—like some sort of superhuman mothering power—but there aren’t many stories about wives rescuing their husbands. Moms behave like mother bears when someone messes with their cub, so I suppose people interpret this behavior as a form of prioritizing. If superhero strength is any indication of Mother Nature’s intentions, then women are supposed to love their kids more than their husbands.

This stereotype is what freaked me out about having a baby. Pre-pregnancy, I loved being married and I adored my husband. We traveled together, had adventures, and enjoyed one another’s company every day. Our relationship was fun and intimate and life giving, so I didn’t want to mess it up. Would kids ruin it? Would our son’s birth mark the beginning of a gradual growing apart? Would we become one of those couples I see sitting in silence at restaurants because they have nothing to talk about anymore?

For some couples, I think it can. Many couples get caught up in the craziness of parenthood, so they stop talking, stop having sex, stop being intentional, and their marriage suffers as a result.

This phenomenon is common, but not inevitable. Which is why I really appreciate Waldman’s perspective. If she’s right, then my son’s birth is not a death knell for our romance, intimacy, and heat. My husband and I can hold on to those things, but it will take work and it will require reprioritizing. As Waldman notes in her diagnosis of sexless marriages,

“But the real reason for this lack of sex, or at least the most profound, is that the wife’s passion has been refocused. Instead of concentrating her ardor on her husband, she concentrates it on her babies. Where once her husband was the center of her passionate universe, there is now a new sun in whose orbit she revolves. Libido, as she once knew it, is gone, and in its place is all-consuming maternal desire.”

If Waldman is right, then making my kids my top priority is a sure way to disconnect with my husband.  However, the choice between children and spouse is not as stark as it sounds. After explaining that she loves her children but she is in love with her husband, Waldman writes,

“And if my children resent having been moons rather than the sun? If they berate me for not having loved them enough? If they call me a bad mother?

Although Waldman’s words are controversial, I think she’s on to something. Not only does she cast a vision of marriage that doesn’t wither under the shadow of one’s first child, she reminds parents that we are doing our kids a favor when we prioritize our marriages. Not only does a healthy marriage offer our children stability and peace, but it teaches them how to be in healthy relationships themselves.

I don’t know if I love my husband more than my son. Maybe I do but it’s hard to say—they are two very different kinds of love. But I like the idea of loving my husband as a way to love my son. It means I’m not selfish for worrying about the fate of my marriage.  It also means I’m not a bad mother simply because I want alone time with my man. By setting aside time to communicate, to listen, and to grow closer with my husband, we are creating a beautiful space for our family to blossom. From that angle, I don’t think Waldman is a bad mother at all.

Numerous men may well suffer low need if they create erection problems and really feel anxious about or ashamed of their inability to get a fantastic erection. playboy miss july 2015 Unfortunately this will only come with practice, and the far more messages you send, the improved you will get. But they do not communicate with me that way, since that I would get if I knew I had a portal, knew they needed aid, I would attempt and seek that out. how to go slow with a guy Perhaps you re thrilled by all the possibilities at your fingertips.

Sharon Hodde Miller is a writer, student, wife, and mom to a precious son and a little fur-baby chihuahua. She enjoys writing about faith, culture, gender, marriage, and new motherhood. She is a regular contributor to Christianity Today's blog for women, Her.meneutics, as well as Ungrind.org, CultivateHer.com, and her own blog, SheWorships.com. She currently lives just outside Chicago, where she is working on a Ph.D. in Educational Studies. Follow her @SHoddeMiller.

MilfFinder stands out amongst other cougar dating sites for its amazing function set. Goodyear old lady dating sites - 50 years man Beginning the outstanding lookup filter systems on boards, this web site keeps almost everything to assure you definitely have an enjoyable experiences mainly because search for, satisfy, and speak to cougars. Cougar gives the most successful way for mature women to indulge their cougar wants. salma hayek tattoos We would truly only advise that you check out the initial four apps on our list.

who is kathie lee gifford dating

If you grew up with neglect and abuse, you have necessary time to talk about what happened, and how parents and other people treated you. okc rubratings What s fascinating is the truth that even asexuals can participate and come across men and women interested in anything else apart from sexual intercourse. If she trusts you, then she does not be concerned about the pals you meet or exactly where you go immediately after operate. david duchovny gillian anderson relationship As extended as you do not feel coerced or manipulated in any way, sex on the initial date is totally fine, Noor told us.

Openly stating adult content creators are welcome, which includes them prominently on the OnlyFans blog, and proactively working with payment firms to make certain they can profit from their perform would set an instance. bunnikay only fans I believed I was the only deaf individual in the planet. You do not have to post explicit content, there are fitness gurus and chef-influencers alike on there, but there’s a cause the platform is common with sex workers. who is hooking up on american idol While neither Lauren or Annie would think about themselves part of the porn industry, it’s been broadly reported that OnlyFans has been adopted by sex workers and qualified adult entertainers.