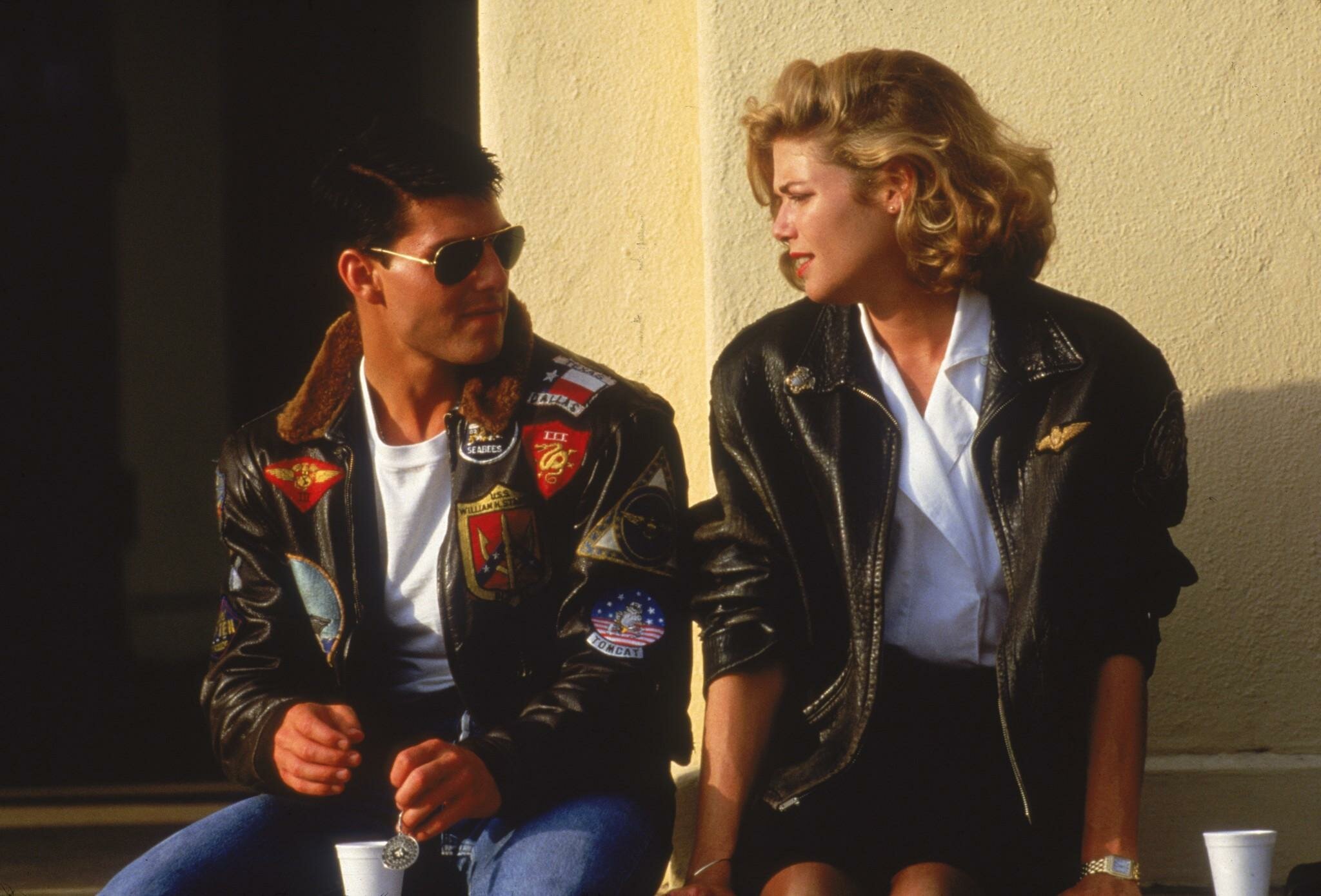 When you’re little, you don’t know anything about fame, cults, men playing volleyball shirtless in jean shorts or really anything that can happen in Hollywood.

That’s why, when you see Top Gun for the first time, you think that’s what kissing is like. That iconic scene when Tom Cruise and Kelly McGillis’ characters finally act upon their bottled up passion.

As an adult, thinking about that scene, you giggle. They make love very passionately, in a soft blue moonlight. Open mouth kissing, with tongues gently caressing each other’s mouths and lips. All as “Take My Breath Away,” by Berlin plays in the background. However, since I just re-watched this scene – you know for research and fact checking – it’s still crazy hot.

As a girl of the tender age of six, I could only think that this is what love was, and that was how kissing worked. I mean that’s almost exactly how they kissed on Days of Our Lives too.

My mom used to volunteer at a home for kids with cancer and would often bring me along. It was wildly depressing for a six year-old, but I made friends with the director’s son. His name was Michael, and he was a lot of fun.

Michael and his family lived at the house, so he knew about all of these rooms that we would go into. And, since we were hanging out in his house, he was always wearing his pajamas! I was always so jealous of that.

We would hide away from the sick kids, who were usually in a common area with all of the other volunteers. Most of the time we would just go into his mom’s office. It was a huge light blue room and a white trim, built in bookcases, a big beautiful wooden desk and large brown leather couches.

This office still remains a goal in my life; it had a lasting impact.

Most importantly, the office had a VCR. Michael and I would sit on those rich couches and watch movies. Michael loved Top Gun. I didn’t really get it, but whatever; at least I didn’t have to hang out with all the depressing sick kids downstairs.

The only thing that caught my interest was the kissing, because that was way more real to me than anything else in that movie.

One day we turned to each other, and I can’t remember whose idea this was (probably mine), we decided to try to kiss like Tom Cruise and Kelly McGillis.

First things first, if we were going to kiss like that we knew two things. We had to start standing up, and then I had to lie on the floor and Michael had to lay on top of me. He was a tiny kid, but having him lie on me – like directly on top of me, was so uncomfortable.

So we stood in front of one of the windows and carefully started to kiss. Then we lay behind the couch, because you know, privacy. Intermittently, we would peek our heads up to pause and rewind to make sure we were doing this right.

I lay on the dark blue carpet of this beautiful office, in the middle of a home for kids with cancer, as a boy in pajamas gently stuck his tongue in and out of my mouth.

Needless to say, Michael’s mom walked in on us. I’m pretty sure she didn’t see anything. She told me my mom was looking for me and that it was time to go. I walked out of the office and headed down the large grand wooden staircase.

Listen, this home’s decor made a lasting impact on my life

I waved and said goodbye to Michael as he stood at the top of the stairs waving and watching me go.

I got in the car with my mom. She asked if I had fun and I said that I had. I didn’t tell her that I had been kissed like an adult. I knew that she would probably not like that story and, truth be told, I had no idea what had just happened. I don’t really remember going back to the house after that. I’m sure that I did, but it became less frequent and eventually we stopped.

Whenever someone asks me about my first kiss, I share this story, giving the office the detail it deserves.

However a few years ago, it finally occurred to me that Michael was probably sick. He was always quiet, never wanted to run around; he was a skinny, slight, little boy, who loved to just sit and watch movies. And he was always in his pajamas.

When I had this revelation, I realized there was a strong probability that Michael may not be alive. That cancer may have gotten the best of him, that maybe he didn’t get to kiss like a real adult.

I really hope that isn’t true. I hope he rides a motorcycle in a leather bomber jacket. I hope that he’s married to someone he loves. I hope he’s in love the way Goose loves Meg Ryan.

Because of Michael, Top Gun will always make me smile. I will never lose that lovin’ feelin’. “Take My Breath Away” will, in fact, always take my breath away. I will always find the need for speed and I will always want to kiss someone in the blue moonlight, while they are wearing their pajamas.

← Bachelorette, S11, E2: The Longest Night Ever Continues
There Are Tests In Every Relationship →