Bachelor in Paradise, S1, E7: This Is the End. My Only Friend, the End.

Tonight, it’s all over until Farmer Chris’s show produces 23 new contestants for Bachelor in Paradise II.

The second-sh%^&iest thing Roger Goodell’s NFL did yesterday was pre-empt my viewing of Bachelor in Paradise’s finale with PRECIOUS AMERICAN INSTITUTION FOOTBALL. Given this, you all probably know what happened on the finale, which makes me sad, because you won’t be reading it from me. I will do my best to keep this lively.

The Day Everything Changes

Everyone’s nervous about how Chris Harrison said everything is going to change on this day.

AshLee is feeling super-smug about her super-special relationship with Graham. Graham is more apprehensive, knowing that whatever is about to happen could render all of his previous experiences on this metaphorical love boat meaningless. “Lacy” comments, “Change in the Bachelor world can mean lots of different things.”

Lot of dealing with change meaning a lot of different things in St. Elmo’s Fire. Not a lot of Chris Harrison around. Just SAYING, “Lacy.”

“Lacy,” c’mere, I have a sad secret: Change can mean a lot of different things in the real world, too.

Chris Harrison lets them know that there’s no more roses, no more date cards, no more new arrivals. From here on out, we have two hours of watching various forms of “that couple” make decisions about their relationships. It’s Bachelor pre-cana.  Basically, Chris Harrison wants to know if you plan to pursue your relationship at home.

Cody helpfully points out that “you just gotta have that conversation with your partner.”

Instead of turning toward their partners, everyone breaks out across gender lines and talks about how difficult this decision is. This is not a difficult decision. Do you want to keep dating this person and see about a committed relationship? That’s all Chris Harrison asked of you. He did not say to Michelle, “We’re flying your daughter here to meet Cody.” He did not tell Sarah, “Your family will be arriving to do a flash-mob wedding.”

Michelle decides to take a break from wondering whether or not she knows what she needs to know in order to know about Cody, in order to meddle with AshLee and Graham’s relationship.

How many more hours of this show?

Everyone takes a break from not asking their partner the question,“Wanna?” and talks serious smack about how delusional AshLee is. AshLee cries into the camera about how good Michelle has been to her, which seems fake. Michelle tells Graham that AshLee’s fake and creepy and not genuine.

Once more, with feeling.

Graham pays AshLee a visit, and she wants to “talk about the life they will be sharing together,” and I am seeing a mildly psychotic side of her in all of this.

Graham finally gets out that he does not want to continue on with their relationship. I am struggling to recall if we’ve ever seen them kiss. It’s an extraordinarily civilized and mercifully brief Bachelor breakup.

“Lacy” super-smugly interviews that AshLee should feel foolish because she “made it out to be a fairy tale and it wasn’t real.” Whoa there, “Lacy.” Every single one of you is on a relationship tightrope made of Patron, digital cameras, boom mikes, and promotional puka necklaces.  None of this is real. 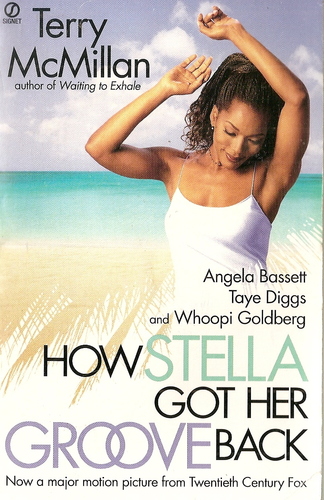 Graham has to leave now, too. So he hugs everyone and leaves.

Somehow, the utter absurdity of working so hard to find love amongst a shallow pool of former reality program contestants strikes me in my heart. I die a little inside and then move onward.

Jackie and Zack depart quickly, as do Christy and Tasos.

Cody worries that Michelle might not “take [him] serious.” Michelle stares out into the ocean and wonders if she should stay. Sarah and Robert are sticking around, as are Marcus and “Lacy.”

Michelle says, “It’s literally like someone has a gun to your head. Are you in or are you out?” 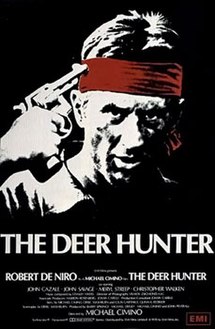 This is what a literal gun to one’s head looks like.

Side bar: During the commercials we discover that Nikki and JP will be appearing on VH1’s Couples Therapy. Yikes.

We’re 43 minutes into the show and Michelle still doesn’t know if she wants to stay. Michelle calls her daughter, who gives her the advice, “It doesn’t really matter if he’s cute. What matters is his personality, and if you have things in common and how he treats you.” And with that, Michelle’s daughter has given the most practical advice we’ve heard in the history of this franchise.

Chris gives a pep talk. Then he lets them know that each of them will have one last date in paradise, an overnight date.  You know what’s worse than one fantasy suite date at a time? Three at once.

Everyone cleans up and meets up and goes off on their dates.

Sarah and Robert arrive at their suite, and Sarah is really into the idea of hooking up HARD with him. Everything she says is a veiled “I wanna have sex.”

“Lacy” and Marcus are talking about how in love with each other they are. “Lacy”comments, “You complete me.”

I feel the fear here.

It gets worse.  They make out a ton.

Michelle explains all of her concerns, and Cody is very sweet, although he does say  that he is willing to do “whatever.” Michelle’s all, “I want to do real life with you.”

Is that something the kids are doing now that I don’t know about, like a rainbow party?  Michelle starts talking about whether or not his member is “muscular.” Which, okay.

Side bar: I hope that “doing real life” catches on as the new euphemism on this show for sex.

“Lacy” and Marcus totally bone-zoned the previous evening, and she says, “Last night we showed what love really is.”

Sarah and Robert return. Robert seems really psyched. Cody and Michelle are now boyfriend-girlfriend after “doing real life.” Sarah is looking so sour. She does a bunch of, “Well, ‘Lacy’ and Marcus and Cody and Michelle all seemed to have sex and why didn’t Robert want to ‘get to know me’?”

Apparently Robert wore his jeans to bed. Which means Robert is probably a never-nude.

There are dozens of them.

You know, Sarah, if someone didn’t want to have sex with you JUST off camera after knowing you for 200 hours, it doesn’t mean that you shouldn’t keep dating them. Why didn’t you talk about it instead of making after-the-fact demands? Other peoples’ relationships are not yardsticks, and I think it is SO unfair to compare her journey with the others.

Meanwhile, “Lacy” and Michelle are talking about the guys’ penises.

Sarah and Robert have a talk; Sarah wants to understand why Robert isn’t so psyched about her, as “Lacy” and Marcus and Cody and Michelle are about each other. Robert seems to have wanted to take things slowly. Sarah felt “not loved” in the fantasy suite. And she explains that she is not getting what she needs from this relationship, and that they shouldn’t date.  Robert later interviews that he wanted to take things slowly because he was scared.

So she breaks up with him. This is quite sad, especially since this breakup is predicated on a colossal miscommunication and wild sense of entitlement to a relationship of over-the-top gestures. You know what life isn’t like?  The Notebook. No one’s restoring a house, awaiting for your romantic return, kids.

Life isn’t a Nick Sparks movie. Repeat after me.

The Couples Therapy Begins in Earnest

The remaining two couples meet up with three former Bachelor winners. Sean and Catherine, Molly and Jason (remember, the nice guy who dumped the woman he chose on national television to give Molly a second chance?) and Chris and Des.

They all meet and…oh, I’m sorry, I am dying of boredom. All the former couples co-sign on these new couples’ relationships, and let the circle be unbroken. Let their families flourish and their children become the next contestants on The Bachelor. Let the gene pool get shallower until, in many generations from now, the children are born without knees due to inbreeding.

There is a final rose ceremony, where Cody and Michelle give each other a rose. Michelle says something about “sugar” and “spice” and it sends me running from the room because I hate love.

Marcus pulls “Lacy” aside before giving her a final rose. Everyone’s all, “Oh no!” but it’s fine. Because after 21 days, or whatever, he proposes to her, and she says yes. Neil Lane somehow snuck down to Mexico and surprised us with a ring (which means he didn’t sneak down, someone just threw a diamond ring in a Fed Ex box, because Neil Lane IS the show, and he’s not doing this for the good of man).

To Marcus’s credit, he has found many different ways to tell “Lacy” how much he loves her over the past two hours.

Everyone hugs so, happy ending, I guess?

The show ends with Animal House-style updates on everyone:

Sarah is back in L.A.

Robert is still sleeping in his jeans.

Michelle broke up with the cameraman who broke his legs for her.

Her raccoon is still single.

Chris and Elise broke up two weeks after leaving the show.

Michelle and Cody are still together, and Cody is moving to Utah.

Marcus and “Lacy” are getting married in spring 2015.

Meanwhile…see you for Bachelor Chris: For Farmers Only in January 2015.

← Do Find This Cartoon As Offensive As I Do?
Just Gimme a Sec, Will Ya?? →