Bachelor in Paradise, S1, E6: No, Seriously, Where Is This Going?

That’s my only question: What is the point of all of this?  We pick up where we left off; Sarah assesses that Jesse is here “for free booze and to hook up with chicks.” Are those “the right reasons”?

Cody has told Michelle that he loves her. Let me make this easy for you, Cody: No, you don’t. It’s been a week. You are not in love. Cody is bummed out by Michelle’s sane desire to take things a bit more slowly.

Marcus gets the date card. He and “Lacy” go to what he describes as a “dinosaur park,” which prompts “Lacy” to name a dinosaur she thinks is real, the “Trionosaurus Rex.” They climb down a ladder into a hole, surely not at gunpoint.

They swim through a cave, where there are bats (and a camera crew). Apparently, facing fears together is good for a relationship. Someone is waiting at the cave exit to hand them glasses of wine.

It worked for these two crazy kids, until Speed 2 came around.

Back at the Beach

Michelle is speaking with Jesse while Cody works out in the distance. She’s freaked out, and Jesse, who doesn’t seem like the most reliable provider of advice, tells her to end the relationship.

Side bar: Everyone on this show seems to think that Marcus and “Lacy” have a relationship that fits the platonic ideal. This is close to the dumbest thing I’ve ever heard. They’ve known each other for a few weeks, both of them are blind to their flaws because “lust,” and their relationship is evolving in a setting where, under similar circumstances, a sleazebag named Jesse was able to pretend that he had a three-way with two girls claiming to be close friends. Also, a guy named Cody claims he has fallen in love after six days.

As Sarah is raving about how Robert is her guy, Brooks – the one who broke Desiree’s heart – arrives. Sarah, naturally, has a crush on him. She is now facing a true crisis. Robert makes it clear that he is not to ask Sarah out, but Sarah is confused and bummed out as Brooks heeds this advice and asks out Jackie.

Brooks speaks Spanish really well. Jackie dazzles Brooks with her niceness and her prettiness.  Jackie is confused because she took Zack’s rose but also went out with Brooks.

They kiss after they play foosball.

Zack comments that he wishes he told Brooks that he was into Jackie and that he couldn’t ask her out. Zack is a chicken, once again.

Sarah is posing and chatting and goofing off with Brooks, and decides that she wants to break up with Robert. But then she finds a note from Robert wanting to meet her down at the beach, so instead they have a conversation about how Robert wants to take Sarah on real dates in the real world post-this show. Suddenly, Sarah says, “Brooks being here makes me realize that Robert is the guy for me.”

This all happens within five minutes of show.

Meanwhile, Michelle and Cody are having a conversation in which Michelle thinks she is going to break up with Cody because he is being terrifying. Cody comments, “I don’t know what happens after this.”

NO ONE DOES, CODY. NO ONE. Nonetheless, they do not break up, either.

Side bar: The promos for finding contestants for the next season of The Bachelor refer to Chris as “America’s sexiest farmer.”

PREPARE TO BE BORED, AMERICA.

Christy thinks that Jesse has “all the qualities that any girl would be lucky to have in a future boyfriend.”

Jesse mentions to everyone that he’s going to go hook up with her, to a crowd that doesn’t contain her. Michelle nips this in the bud and pulls Christy aside and tells her that Jesse hooked up with Lucy (it sounds like things went kinda far? There’s a lot of bleeping) and that he’s basically sleazy. Christy then says, “Jesse is such a douchebag. I hate him.” Again, within less than five minutes, this dramatic turn has taken place.

Christy is talking to Michelle about how she doesn’t feel like staying. Christy mentions that it’s in God’s hands, which is followed by some clever editing  — editing that includes a turtle putting on some serious airs. Rabbits can’t cut their own hair, either.

Tasos arrives on cue. Christy is relieved. Jesse, in a not-one-hundred-percent-NOT-racist moment, refers to Tasos as “Taco.”  Jesse – who I will say is allegedly sweating out booze from the previous evening – is also well-aware that Tasos is f-ing up his delicate balance of being a douchebag.

Tasos pulls Michelle aside, and Zack comments, “Cody lives by a bro code, so if Tasos asks Michelle out, Cody might go off, Incredible Hulk style, and lose his mind.” Cody is dumping water on himself in effort not to ‘roid rage (allegedly) on Tasos for talking to his lady. 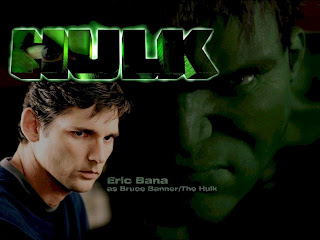 Michelle tells Tasos to ask Christy out. Christy says yes. Jesse is peeved and again refers to Tasos as “Taco,” and he seems pretty concerned with his fate. I think Jesse is in some trouble unless he is an extremely smooth talker and she is extremely gullible.

Christy refers to Jesse as “a misogynistic douchebag.” I agree, Christy. They take a boat and look at a lot of wildlife.  They talk about why they are both single. Christy gets increasingly sunburned. They seem to have a really nice time.

Jackie and Brooks are playing “throw the soccer ball in the makeshift basket” while Zack broods. Robert arrives with a date card for Zack. Zack is thrilled and he goes to Jackie to ask her out.

Graham mentions AshLee – who we haven’t seen at all this episode. Where is AshLee?

Oh, here she is, about to sob over Graham not getting a date card. She thinks it is the saddest thing ever. Sadder than cancer, sadder than famine, sadder than everything. AshLee is likely concerned that, not unlike a cult leader, that inconsistent reminders of her power over him will give him a sense of self.

Michelle is still not buying AshLee’s act. AshLee is kissing her ass, because Michelle is friends with Graham.

I just wrote all of that. Inside of me, something died.

They go to a lagoon or cave or grotto that looks quite familiar. Pretty sure they’re going to five different places on all of these dates. Zack and Jackie share a moment, and they make out after discussing how much they like each other and how much he likes her.

Side bar: Every man on this show is wearing a hemp necklace that we, in my house,  have decided is an explosive collar like in The Running Man prison.

The collar will explode if you run from the grotto.

Mercifully, we’ve arrived here faster than we did in the past. Jesse is commenting how he feels like he has won, and he tells Chris Harrison that, as well. Jesse is bathed in a fine sweaty mist and his eyes are full of fear as he shares this.

Chris Harrison comments that the people who have made it so far are “a sincere group.” Zack and Brooks are both competing for Jackie’s hand. Brooks paints Jackie’s nails, the second time we have seen a man on this show wield a bottle of nail laquer.

Jesse decides to take the “negging” approach to Christy, making her feel bad for not liking him more. Jesse acts like a wounded douchebag when Christy comments that “Lucy was open.” Jesse decides that he will leave.

Jesse is terrible. Michelle, a woman who is excellent at telling other women to have agency, tells Christy that none of this is her fault and promises to help her confront him before he leaves. Jesse comments that he can’t wait to drink in the limo and he is in the car. The camera crew is in pursuit, and when the car door opens and Christy is waiting, Jesse likely gets the same feeling I get when I watch a Jonestown documentary and the late congressman Leo Ryan is ALMOST in the plane.

Christy comments, “I know why you’re leaving in such a cowardly way.”

“Lacy” goes next, and tells him that him running his mouth to all of the guys is disrespectful. Jesse denies that he ever was disrespectful. Michelle throws down, calling his words cowardly, cruel, and degrading. Jesse is sweaty and comments that he is friends with everyone, except those three girls, and he feels like he won. He’s going to have “like 16 emails” when he gets home from people with invitations and phone numbers. He expects everyone to “cheers” him that night, as he leaves. “The party will continue,” he assures us as he does a shot by himself in the backseat of the car.

Hey AshLee? The saddest thing ever you were looking for earlier? It’s in that limo. It’s still not that Graham didn’t get a date card.

Side bar: I have been hard on both Michelle and “Lacy.” What’s fair is fair: they stepped up like WHOA for another girl this evening and they deserve props for this. So, props, ladies.

Meaning Brooks has to dodge Jesse at the hotel bar. Brooks: HIDE YOUR HEAD.

So Chris explains that this was the last rose ceremony and everything is about to change TOMORROW. Next week is apparently the last episode of the show. And it’s a shocking conclusion.

I mean…guys. No one prepared me for this. Another week in Paradise.