You tell me what the right reasons are.

Someone asked me a pretty interesting question last week about this program: “Where is this all going?”

I have no idea. I do not know what the end game is here.  Winning this show seems as pyrrhic a victory as the one that guy who saved 36 years of toenails has when crowing to his ex-wife that he finally made the pages of Ripley’s Believe It or Not (I am sure she’s seething with envy).  Or that time you read a bunch of Rush Limbaugh’s books in the hopes that you might attract that young Republican that one time in high school.

The point is: I do not have any idea where this is heading.

No Exit, The Island: That Same Night

Again, not unlike Rocky II, we start IMMEDIATELY where we left off, with Michelle Money crying at her second chance and lots of hugging and whatnot. They return to the house and Robert has a date card. They play a lot of dramatic music as Robert decides who to take on the date, and he picks Sarah.

Graham finds Michelle crying in the bathroom. Michelle cries to Graham that she “must be doing something wrong” (maybe coming on a television show to look for love on an accelerated schedule, a program which runs on liquor, fear, and running mascara?) and that, even if a bunch of men would want to date her, “where are they.”

The power grid of Bachelor programming looks like a 28 year-old prostitute disguised as a little girl, sobbing uncontrollably.

Honey, I have been there.  Which means either the experience of looking for a boyfriend (or whatever people are looking for on this show) is either universally painful or she is exaggerating.

Michelle gamely does Sarah’s hair for the date, and gives her a bitchin’ side braid, which I think is pretty nice of her. Robert and Sarah go out on a boat. Robert takes this opportunity to call her “inner strength” sexy, which is…it’s fine. I have no opinion. She says that it’s turning into “Sarah-dise.”

Back at the House, Likely That Same Day

As Michelle is lamenting her loneliness, Cody, the bodybuilder from Andi’s season, shows up. He asks Clare on a date. Cody admits that he was into Clare from the start, and Clare kindly declines. Cody doesn’t take no for an answer, so Clare asks Zack what he thinks. Zack is all, “It’s cool if you want to,” and this doesn’t sit well with Clare, who is looking for a commitment. He keeps saying that “as of right now” he’s on the same page with her. But it could change if some more perfect hottie rolls up on the beach.

The problem inherent with this show is that there’s always someone in the relationship who is asking for commitment and it’s been six damn days, and there’s not a war going on so no one needs to rebuild the species or worry about the end of the world, so it’s logical that someone wouldn’t be ready to settle down.

If whether or not someone is going to go out on a date with someone else is what is going to pass for drama on this show from here on out, I am going to lose my damn mind.

Clare ultimately declines the date. The sun sets. Cody still has not selected a girl to take out, instead meditating on the wounds of Clare’s rejection. He goes and talks to Marcus at least two times. It almost sounds like Cody is going to ask Marcus to go out on a date with him before he finally bequeaths the date to Marcus and “Lacy.”

Everyone thinks that this is pretty cool, and I am inclined to agree, it is one of the saner choices that we’ve seen someone make on this show. 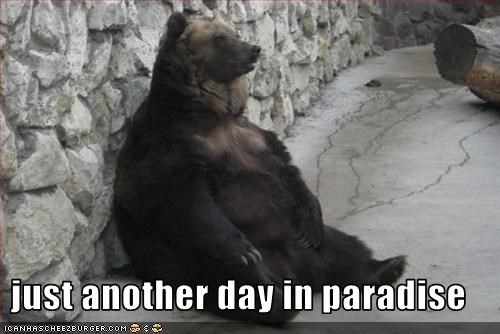 They go somewhere in Tulum for dinner.  They basically talk about how much they like each other and then Marcus accidentally slips and says “I love you for who you are” or something. And then they make out.

Zack comes to Clare and is all, “I am glad you didn’t go out with Cody.” Zack keeps using the expression “All my eggs are in her basket.” He conveys that to Clare. Clare. Is. Going. To. Make. This. Relationship. Work. They make out.

To the Silkwood shower.

Meanwhile, sitting around a fire pit, Michelle Money explains that she feels like a loser, and Cody says, “Hey, I’m a loser too.”

Meanwhile, some other dude arrives. From a distance, he looks like Pablo Schreiber, but I know we’d never be so lucky. It’s Kalon, who was on Emily’s season of The Bachelorette. He famously tormented Emily with commentary that her child was baggage.

He confirms others’ assertions that he is a douchebag in record time, with a tone-deaf depiction of alcoholism, saying he’s basically an about-to-get-wasted-at-a-bar alcoholic, except for boobs. He describes every woman as a “ten.”

Michelle nonetheless accepts a date with him, and acknowledges that this is her own fault. 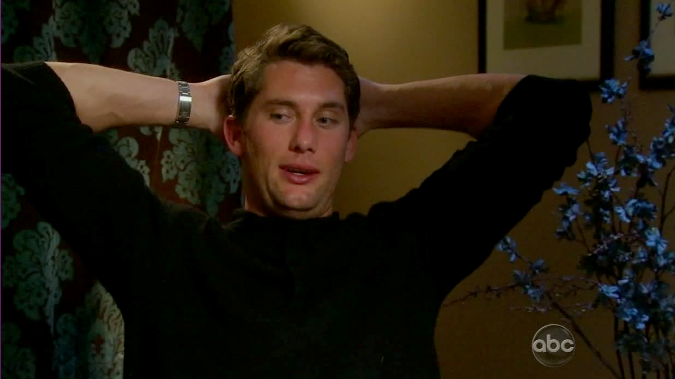 Michelle has a change of heart, showing up at his room to tell him that his past behaviors concern her enough to not want to spend time with him. Kalon attempts to justify it and fails. Kalon then asks Jackie, who turns him down.  Kalon then asks Sarah, who also says no. Sarah describes herself as “zero percent attracted” to him.

Kalon decides to take himself on the date. Will he get himself drunk and take advantage of himself later?  He goes spelunking, and everything he says is terrible.

Side bar: Kalon, you win at trolling. My Yankee-aggressing, feminist brain is exploding in annoyance at what you are and how it is making you money.

Side bar to the side bar: Kalon is making me miss honest-to-God villainy on these shows.

Jesse (from Jillian’s season) shows up, looking like a linen-panted Bradley Cooper and Chris O’Donnell’s baby. He asks Jackie out, and Marquel yanks his sweatshirt hood over his head involuntarily, like a sad, beautiful turtle. 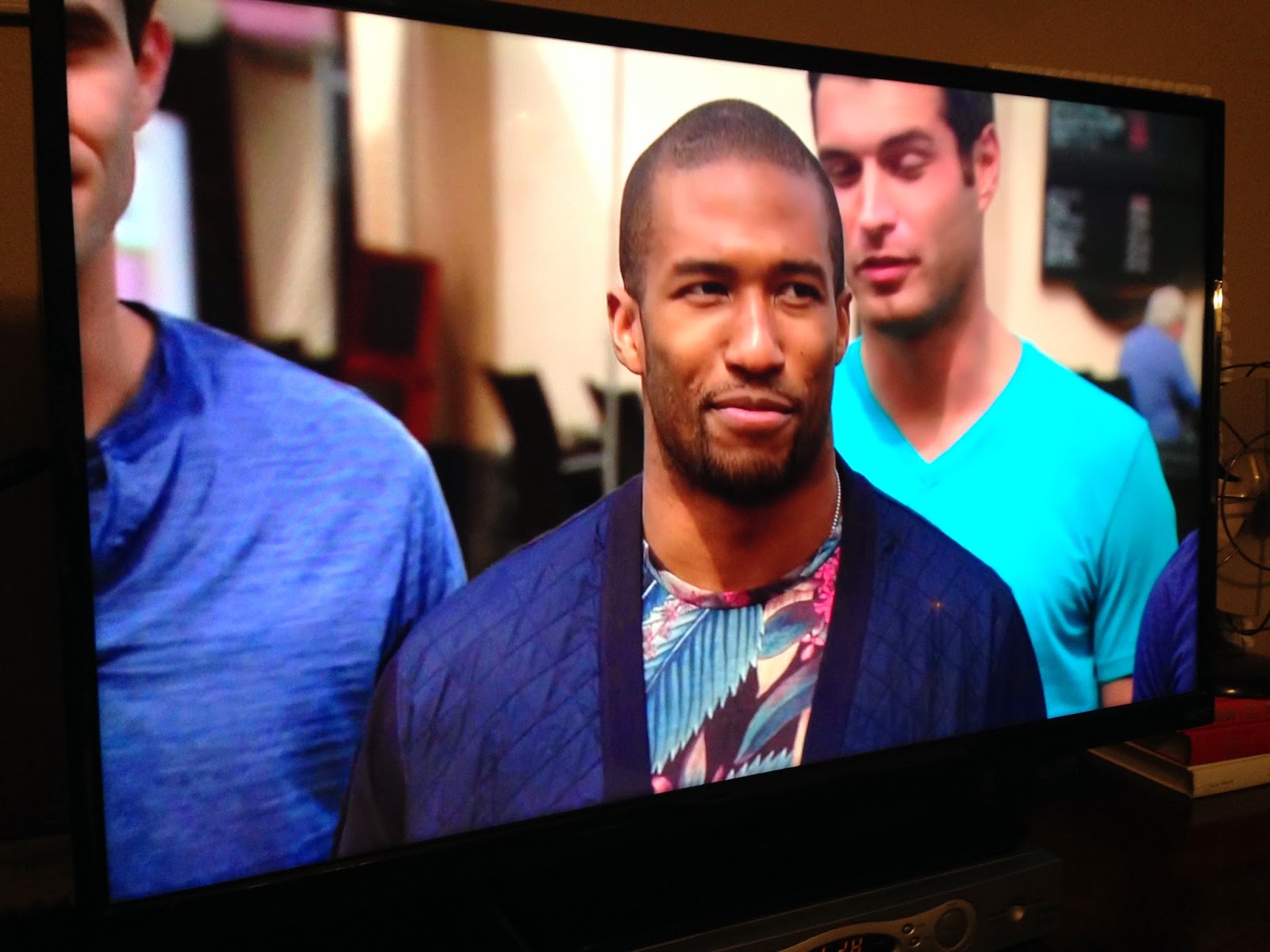 They go somewhere called “Rio Secreto” for a Mayan cave dinner. Some musician who I should probably know gives a private concert in the cave. Jesse has sold Jackie on the idea that he’s into her and not strategizing. He literally says, “I want to stay and Jackie’s my only shot.”

I am not joking about the O’Donnell/Cooper mashup.

On the Beach That Night

Everyone’s getting massages, and since Cody and Michelle are the only single ones, Cody gives Michelle a massage and it gets a bit, well… Silkwood shower time.

Clare is talking to Cody, and she explains that he has no chance with her, at this time.  Meanwhile, AshLee is hanging out with Zack and explaining that he needs to decide what he wants. She says to him, “I mean, I love Clare, but [insert “cuckoo” noise], and she f%^&ed a guy in the ocean.”  Zack’s all, “I don’t think it went that far,” and he interviews that he doesn’t care, and he gets away after pointing to the cameras that are on them.

Thing the first: AshLee spent a night in the fantasy suite. Thing the second: AshLee didn’t think that they were on camera, which is ridiculous since she is on a reality television show. Thing the third: AshLee is terrible at PR-ing her way out of this situation, going from small group to small group, trying to play off her choice to slut- and crazy-shame another contestant. Pot, the kettle is calling: It’s saying you are an insane whore.

Remember that time you were on another show and did all the same stuff?

“Lacy” explains that AshLee has a “guilty conscious” and portrays herself differently on-camera than off. “Lacy” takes it upon herself to tell Clare that AshLee is telling everyone that Clare had sex with JP in the ocean.

You’re not in the best position to call anyone crazy, AshLee.

A muddled game of telephone follows. AshLee explains that she has been nothing but nice to Clare. (Hey, remember that nervous breakdown you had when Graham was going to go on a date with her? That was SUPER nice of you.)

That raccoon from Episode One remembers.

Clare pulls Zack aside and asks him what the reasoning for her bringing this up was. Zack looks uncomfortable as Clare lectures Zack about how he should have handled the situation (which, to be honest, was probably the best way – saying, that’s not true, I don’t care, and walking away).

AshLee pulls Clare aside and innocently says, “I feel like something’s wrong.”  Clare is like, “You and I are not friends and what you said to Zack was inappropriate.”

AshLee gives the non-apology of being sorry that Clare was offended, and assures Clare that she did nothing wrong. It’s a sh%^&y, bananas non-apology. Clare, to her credit, stands her ground and declines to hug it out with AshLee, who returns to the house, emotional, given how hard she works to be kind to everyone.

Hey, AshLee? If there are cameras around, you’re going to want to work harder at it.

The girls arrive at the Rose Ceremony hut and the situation is quickly sussed out by the men: Jackie and Michelle Money are the only ladies available. Cody hits on Michelle and it seems like he’s won her over. 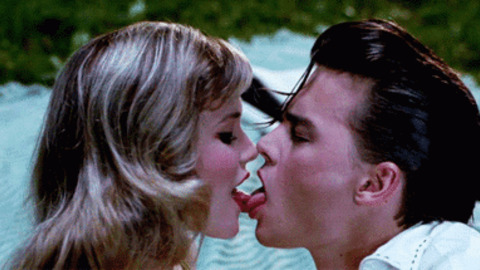 So all that’s left is Jackie. Jesse is sweating it out. Literally. He looks bathed in sweat. Michelle is concerned that Graham is choosing poorly with AshLee. Michelle decides not to keep these feelings to herself, and she goes to Graham with that. Apparently AshLee has not mentioned the Clare situation to Graham, so Michelle tells Graham.

Graham, being clearly a nice guy, orders another drink and looks freaked out. The tension jacks and everyone notices it.

Screen cuts to black, like the way the critically acclaimed drama The Sopranos did. That is where The Sopranos comparisons both begin and end.

A big “TO BE CONTINUED” flashes on the screen. Since there’s an episode tomorrow night, it is just another DAY in paradise.

← Perfecting Wedding Invitations in Bridal Veil, Oregon
This Man Faked His Own Death To Get Out Of Marriage →