Here we are again…I guess it must be fate.

We pick up, not unlike Karate Kid II, at the MOMENT we left off. Everyone analyzes Elise’s bananas speech, except Chris, who’s a whore. Elise continues to support the narrative that exists only in her mind. Elise explains that Dylan was the storm and Chris is the rainbow that comes after the storm. She is like an addict hunting for a crumb of logic, saying, “I must get something here. I must.”

I’m not done making references that are fifteen to thirty years old. Not even close.

Michelle Money explains that nothing can come between her and Marquel. Until two seconds later, when Danielle from JP’s season arrives, rocking a dress that is straight off the set of “Batdance.”

Given this foreshadowing, it is not surprising that Danielle chooses Marquel.  Marquel’s all, “Yeah.” Suddenly everything is not awesome between Michelle and Marquel.  Danielle explains that she came here for the rightest of reasons, which was to meet Marquel.

Obligatory reference to the best movie to dissect “reality” entertainment.

Everyone’s abuzz about Danielle/Marquel. Michelle Money announces to Graham that she’s over Marquel and she’s into Robert now.

So is the goal of this show to live out your days in high school? Because that ain’t paradise.

Probably not my last reference to Grease in my recapping, either.

Danielle and Marquel fly somewhere in a plane to their date.

Michelle Money changes the narrative and decides that she has been in love with Robert all along, which, okay. My stomach aches from the desperation. 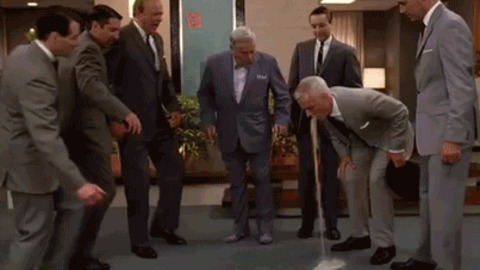 Sidebar: THIS IS MY LIFE. I AM TYPING THESE THINGS.

Elise goes to see Chris and ask him on a date, continuing her bat$%^ narrative about rain, rainbows, and storms. Chris accepts and then promptly injures himself sitting up.  He claims to have a torn meniscus.

Mexico’s unluckiest paramedicos show up to bandage him, and he has to stay seated in his chair, wincing through his perma-smugness.

Chris has the smugness of an early Ben Affleck. Or just Ben Affleck, period.

WHAT SAY YOU OF STORMS NOW, ELISE?

The plane takes them to a…pool. The camera ogles both of their stupidly foxy bodies. Danielle and Marquel have a super-boring conversation about how she was hoping to meet him.

They have to clear the pool when a thunderstorm picks up and almost kills Marquel.

Back at the House, that Same Day

Elise is talking about Dylan. FFS, people. Elise is that friend you never want to run into at a party because she’s going to trap you in the corner with the narrative nonsense of her relationship. Elise also has a lot of ideas about what kind of person Chris is (confident, willing to fight for things, and so on) that are based on no evidence whatsoever.

Apparently it’s an overnight date. “Lacy” and Marcus talk about how Elise is definitely going to sleep with Chris on their date.

Michelle Money is trying to figure out how to get Robert away from Sarah. She is all, “I am gonna hop on this.” (No, literally, she says that to Clare.) Clare comes up with a scheme to put together a romantic double-date for her and Michelle Money and Zack and Robert, which is super-sh%^y.

This is mean enough to remind me of sophomore year of high school, and suddenly I am wincing into the furniture.

To the Silkwood shower!

Meanwhile, on Chris and Elise’s Date

They’re in a pretty town and they have dinner in a courtyard. Elise does “a lot of talking, and I’m doing a lot of listening,” which, Chris explains, he does not like.

Chris and Elise get a card with room keys, and Chris is all, “I want to share a room with her.”

Chris is all, “I want to enjoy her behind closed doors.” Elise interviews, again, with no evidence whatsoever, that he’s a gentleman. We hear some noises as the doors shut, ending with Chris saying, “Ow, my knee.”

Michelle Money is one of those girls right now. You know, the ones who always get what they want. This is probably why I hate her actions right now.

They take “the boys” on a walk on the beach, and sit around a campfire. Poor Sarah is devastated. Michelle Money explains to Robert that she is over Marquel and she wants to get to know Robert, and that’s that. She’s all, “I knew that when I was waiting for Sarah to call your name, I didn’t want anyone else.”

MEANWHILE, if I recall correctly, at the beginning of this episode, she was all, “Marquel and I are perfect.”

Poor Sarah. She’s not cut out to compete with this nonsense.

Danielle is thrilled with her date and mentions that there’s always a twist with new people arriving. Suddenly, a new beauty arrives. It’s Jackie from Sean’s season.

Everyone’s excited to see her. Except the girls.  Jackie chooses Marquel. Danielle is devastated. Michelle sees this as confirmation of her about-face.

The Morning After This

Jackie and Marquel are flying somewhere. Danielle is devastated. Such are the spoils of war, kids.

Graham and Michelle Money go for a walk, and Graham explains to Michelle that AshLee essentially peed on his leg and then lit a fire around him for good measure. 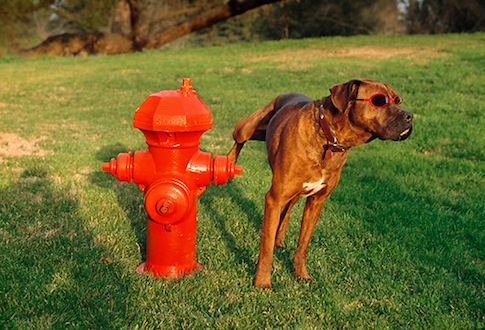 Imagine a circle of fire around this and that’s Graham. I am NOT implying that AshLee is ugly, she is not. She is beautiful.

AshLee is apparently talking about Graham meeting her parents and having “hot” babies with him, and he’s all, “I just don’t know.”

AshLee is the Taco Bell employee, Graham is the taco shells.

Try to get through that ring of fire, Graham. Michelle Money might decide she likes YOU if you get to the other side.

AshLee gets a date card and chooses Graham. Graham seems like he is too afraid to find a way out of this relationship, so I guess I can look forward to your televised wedding?

Marcus and “Lacy,” meanwhile, are super-happy and in “a real relationship.” “Lacy” interviews that they are just so happy. Marcus is all, “I can’t wait to give her a rose.”

Meanwhile, AshLee is smugly talking to Danielle, saying how sorry she feels for her.

Jackie’s adorbs, and she and Marquel are having a terrific time exploring some ruins that look similar to the ones that Robert and Clare visited. Marquel and Jackie’s date seems way more interesting than his date with Danielle, probably because they didn’t get in a plane to go to a pool.  They totally make out atop the ruins, both violating their “no kissing on the first date” rule.

Elsewhere on that Day

Chris and Elise do a post-coital visit to the hospital, with Chris on crutches when they return to “paradise.” Elise is so excited to take care of Chris. She interviews, “Chris is my man now, forever. This is absolutely why I came to paradise.”

So this is it: You’re here to play nursemaid to a man who recently said to a national television program’s cameras, “I want to enjoy her behind closed doors” about you. That’s why you came here.

Are these the right reasons?

Sarah, ever the voice of reason, is trying to beg Elise back to sanity, saying, “I have seen girls fall this hard this fast, but not twice in two weeks.” Elise is all, “Nu-uh.”

I insist it is different than it was a week ago.

Clare and Zack go make out on the beach and they do what you always do early in a relationship, which is talk about your father dying. Suddenly a turtle shows up and Clare considers it a sign that her dad is with her, telling her there is something new here for her.

AshLee and Graham are on their date. AshLee is all, “I don’t want to sound crazy…” before sounding crazy.  Then AshLee’s face falls when he mentions taking things at a rational pace. Suddenly, a card arrives with hotel room keys. AshLee’s all, “I appreciate that you want to sleep in separate rooms, but I have our marriage planned.” She mentions that they would have hot babies, again.

Ultimately, Graham is WAY more of a gentleman than Chris and they end the night in separate rooms.

The men carry Chris into the cocktail party. Chris is in excruciating pain, apparently,  and is debating staying. The scramble begins. Clare explains that there are four solid couples – her and Zack, AshLee and Graham (shackled forever!), Marcus and “Lacy,” and Elise and Chris.

Michelle Money and Sarah are competing for Robert. Michelle Money is all, “Robert, I’ve been honest and I made a special date for you. You need to pick me.” Danielle goes to Marquel and has a less aggressive version of this conversation. Jackie is very forward in letting Marquel know that she’d like to get to know him better.

Sidebar: I’ll pay cash money to never hear the word “connection” used in the context in which it is used on this show.

As a storm brews outside, the ladies wait patiently to be chosen.

The pairings are as follows:

Chris calls up Elise, and says, “I can’t give you this rose…” but then he invites her to leave the island with him and see if they can make it work in the real world.

Elise says yes, and reminds us that the rainbow follows the storm. Then, Chris gives Michelle Money his rose, as he is convinced that no one there deserves true love more than her. Danielle goes home.

Chris has weirdly redeemed himself.  As the show ends, we watch White Diamonds-style flashbacks of their relationship, and they ride off together.

That time, two days ago.

Next week, something insane happens over the course of two nights of recapping. Clare’s raccoon is BACK.

Just another week in paradise, you guys.

← Single vs. Taken
There’s Nothing Wrong With Being A “We” →