Are Your Roommates the Reason You’re Single? 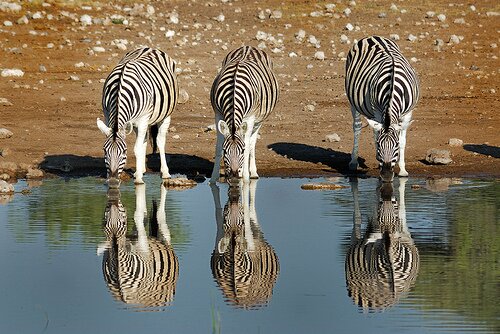 Companionship and codependence…but is something missing?

Let’s say you have some pretty great roommates—‘great’ meaning you’d consider them to be some of your closest friends. Maybe they actually are some of your best friends. Heck, they might even feel like family! Who wouldn’t want that kind of awesome, we’re-all-in-this-together situation?

Well, if you’re looking for a relationship, you might want to reconsider your living arrangements. Over at HowAboutWe, they’re wondering if your roommates are the reason you’re single. And the answer is…maybe. Or maybe not. Have a look and consider if the group mentality is limiting your dating potential.

Do Pretty People Get All of the Dates? 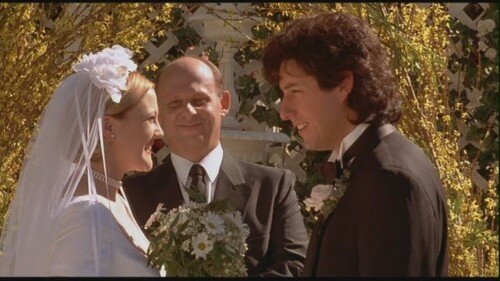 “What does pretty have to do with getting married?”

There’s a scene in The Wedding Singer when Drew Barrymore’s character, Julia, and Julia’s mom see a photo of Robbie Hart (Adam Sandler) and his fiancée outside of a wedding venue. After getting a good look at the couple, Julia’s mom says, “Look at that girl. You’re prettier than that girl and she’s getting married.”

Surprised by her comment, Julia asks, “What does pretty have to do with getting married?”

Her mom says that looks have everything to do with getting married, and while that’s not a universal truth, the idea of pretty people being luckier in love persists. Like the other day when I was getting a haircut and my hairdresser (a family friend) asked, “Is your brother seeing anyone? I’m sure he’s got a girlfriend, he’s such a cutie.” Yes, he does have a girlfriend, but I don’t know how much of that is due to him being considered a “cutie.” He’s also friendly and funny, but I suppose his looks do give him a pretty good trifecta to work with.

Don’t we all know someone who seems to be able to date pretty much anybody he or she wants to because they are just that attractive? We’re talking about the kind of person who simply has to smile the right way at whomever they want, and at the very least they’re guaranteed to have a conversation. Half of the dating-game battle is already won for these people because they possess a general attractiveness. 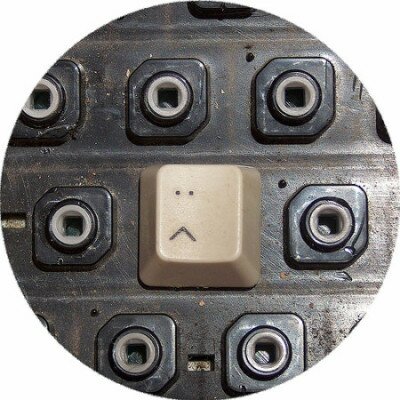 “When my last relationship ended, it didn’t seem possible that, mere days before, I’d probably have dove into traffic to save a person I’d now dive headlong into a mound of summertime garbage just to avoid seeing at a crosswalk.” -Joe Berkowitz

Being single is one thing; being newly single is, somehow, completely different. This heightened awareness of solitude is explained over at The Awl in the essay “My Superpower is Being Alone Forever: Newly Single.”

Have You Seen the Best Wedding Party Photo EVER? 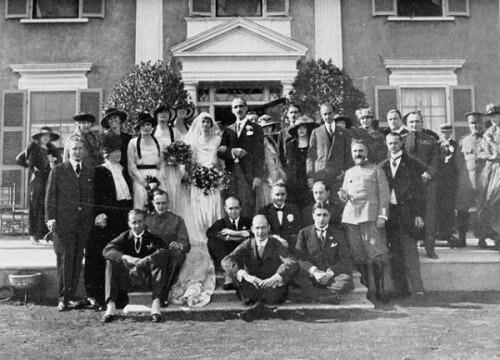 A post over at TheGloss asks, “Is This the Best Wedding Party Photo of All Time?” (And no, they’re not talking about the one shown above, though that is a rather dapper-looking group.) After seeing the picture, my answer is a resounding “Yes!” but you should probably judge for yourself.

The Subtle Shift from “Probably” to “Definitely” 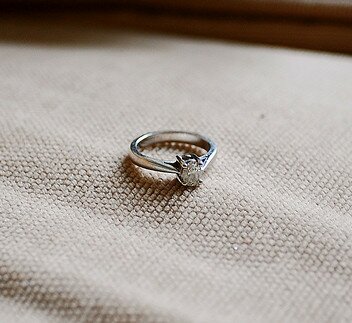 The other day while walking along the local bike path, one of my sisters and I were talking about engagement rings. It began as a general list of likes and dislikes—no yellow-gold bands, no pear-shaped diamonds, something appropriately sparkly without being too flashy—before the discussion turned to how we envision being proposed to.

“I don’t want to know when he’s going to propose,” I said. “I want him to ask you guys and Mom for help picking out the ring. I mean, hopefully he’ll have a pretty good idea on his own, but I still want him to consult with you.”

“But I don’t even know exactly what you’d like,” Whit countered. “You already know what style I’d like…”

And I do know. She likes rings with a floral design on the band, like something Arwen from Lord of the Rings might wear. We’ve talked about this before. But honestly, I don’t know why we’ve talked about it.

Dating When You’re Allergic to Everything 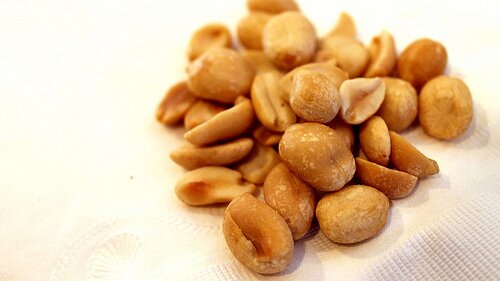 Know someone allergic to peanuts? How about coconut? Chickpeas? Red meat?

It’s natural to be a little nervous about going on a first date. People who normally appear to be confident and well-adjusted suddenly begin to question their outfits, their go-to icebreakers and their favorite bars and restaurants when faced with making a good first impression. But compared to Marla Pachter’s allergy concerns, these worries are small potatoes. Over at HowAboutWe, Pachter tells us what it’s like to date when you’re allergic to everything.

This Summer, Embrace Your Love…of Reading! 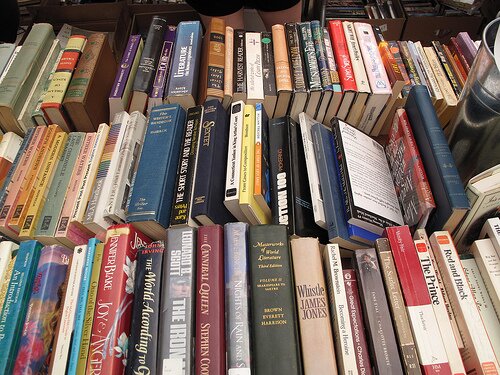 One of the requirements for my (soon-to-be-completed!) MFA degree was to read at least fifty books while in the program. Reading a wide variety of material was meant to inform my own work, and while I read plenty of books about writing (style, voice, motivation, et cetera) I also read many books simply because they interested me. Not surprisingly, plenty of the essays and memoirs discussed relationships in some manner or another.

I know that when most people think of “beach reads” for vacations or long summer afternoons and weekends, romance novels or newly released works of fiction come to mind. And that’s fine—I’m all for people reading what appeals to them—but since I’ve done a considerable amount reading in the past two years, I have a few nonfiction recommendations to make as part of your unofficial summer reading program (that is, after you’ve read Dating & Hookup).

When It Comes to Love, We All Want Answers 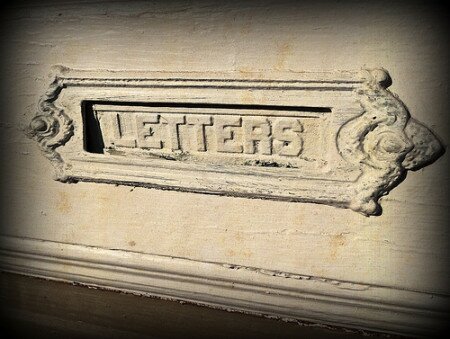 Have you ever read one of those syndicated advice columns in the newspaper, like Dear Abby or Ask Amy? Readers submit questions (usually in regards to dealing with difficult family members or handling awkward social situations) to the columnists, who in turn try to provide practical advice to even the most ridiculous queries.

These columns occasionally feature letters from people that say, “I’m a smart, good-looking person with a college degree and a steady job. I take care of myself and maintain my appearance. I’ve never been divorced, and I don’t have any children. So why can’t I get a date?” Guys who write these letters always think ladies are exclusively interested in jerks and bad boys; women writing in assume that men only want young, blonde female companions.

Personally, I think these people know they’re asking an unanswerable question. I’ll bet they know even before they hit “send” on the email or drop the letter in the mailbox. Realistically, they know it’s not just the jerks and perky twenty-somethings scoring dates. And they probably already have an idea as to why it’s so hard to find a good relationship, even if they don’t want to admit it. The reason could be something as realistic as location, or something infuriatingly abstract, like timing or fate, but there is definitely a reason.

Is Overspending Part of Your Dating Game? 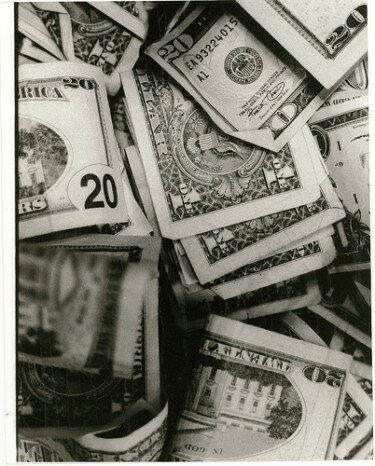 When you’re dating someone new, it can be tempting to lavish them with expensive gifts, dinners at the finest restaurants and trips to trendy vacation spots. And sometimes it’s okay to spend a little more on someone you really like — provided that you’re spending within your means.

But sometimes the need to impress the new person in your life can derail even the most carefully laid financial plans. Worse: it can trap you in a lifestyle that is tricky to escape. This article from The Atlantic discusses the idea of overspending as a form of “mating deception,” a habit that might initially seem harmless but could lead to serious debt if not kept in check. 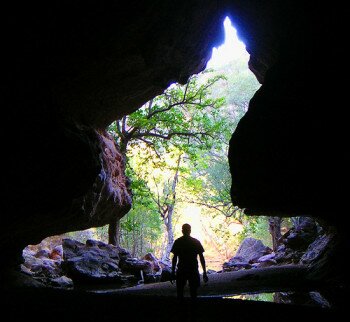 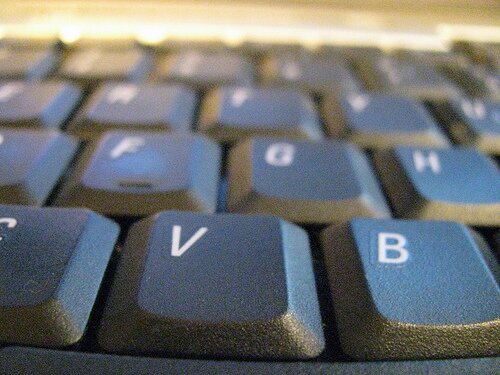 Most people have an opinion on what constitutes a reasonable amount of Facebook stalking in the early stages of a relationship. The consensus is typically a result of discussing the matter with close friends — you know, those people who are around your age and understand how easily social media allows you to conduct “research” on that guy who just asked you out. 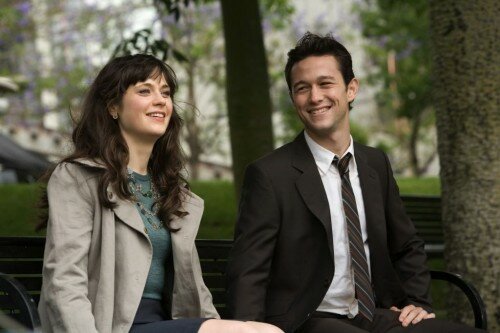 (500) Days of Summer is one of my favorite movies (minus the very last line of the film; if you’ve seen it, you know EXACTLY what I’m talking about) and a big reason for this love is because of Joseph Gordon-Levitt’s character, Tom. The dude is awesome, so yeah, I agree with the people over at Thought Catalog who named him one of The 10 Best Fictional Boyfriends.