Ask A dah Guy! Meeting Men, Bro-lationships and the Horror of Being Defriended on Facebook 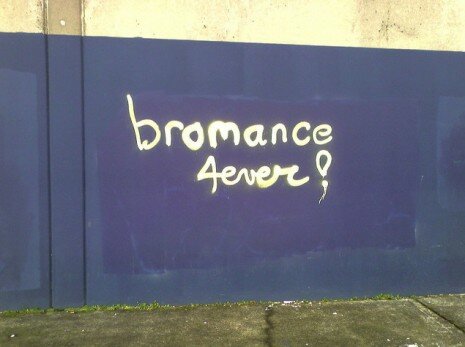 Today, we bring you a dah guy full of good intentions. After following this column for a while, he came to us and declared, “My turn – I’m ready to help some ladies! Please let me help some ladies!” And help us he shall. Keep reading for his rock solid advice on meeting (eligible non-80-year-old) men, navigating Facebook relationships and decoding the mystery of Bros Before Hos (or not!).

Question #1: I’ve been unhappily single for a while and dating around. EVERY single one of my girl friends is in a relationship, married, and/or having a kid, and I’ve been feeling a lot of pressure to find the right person for me. Then I read Jess’s latest Ask Jess column, and I was inspired to try something different and just focus on “doing me” for a little while, and then see who came into my life. I volunteered for two organizations and am about to join two more, and my boring spinster life is getting better.

But the problem is that everyone I’m meeting is 40-80 years old or under 18 – and I’m 26. And I can’t afford to go to bars right now and meet people my age there. So…any ideas for casually meeting guys during this period of “doing me?” Where do guys hang out, when not at a bar and not “dating” someone? I’d like to approach this “doing me” period in a way that might also lead to meeting great guys to at least add to my dah, but I think I’m doing it wrong.

I would say that the most reliable source for meeting eligible men is through friends and friends of friends. Of course, don’t go to all of your friends and ask them to find you a nice man, but instead just spend time with your friends as you normally would and let the natural world of social networking do its job.

I would suspect that you have some friends who are much more social than others (i.e. those that know “everybody”). Try to spend more time with these “social hubs” as they gallivant throughout the city, and you’re bound to meet a multitude of new people – and hopefully you’ll find someone who might strike your fancy. As with anything, finding someone with this method requires a little bit of luck and patience, but you definitely get the vetting factor of the friend being able to tell you about them. Plus, you’re only looking casually, so this method should work swimmingly.

If that doesn’t work, then I’d say you should join a recreational sports league in the city (such as Big City Volleyball or Zog Sports). Its a great way to meet loads of people your age, and often chemistry on the court could lead to chemistry off the court, if you get my drift… Worst case, you get a good workout

Question #2: I just started non-dating/hooking up with a casual acquaintance who I’ve known for about a year. Then something weird happened – he defriended me on Facebook. We’re still texting and hanging out and all that, and I haven’t mentioned the defriending because I think it would be awkward, but it feels really weird to me. We’ve been Facebook friends since the day after we met! And now, we’re Facebook strangers. How am I supposed to interpret this?

Don’t panic! While Facebook has become almost a staple site for people to spend their time on, both at work and at home, it is not the end of the world if you don’t chat and share pictures on Facebook IN ADDITION to hanging out IRL (the priority should go the other way!). If you’re still spending time with each other, that’s a good thing. The bigger issue you need to deal with is why someone would need to un-friend you on Facebook.

If you just recently started hooking up, then my guess is that you may not be the only lucky lady in his life right now. It’s likely that you learned a good amount about him over the last year of your friendship, but think back if you ever heard a lot about his dating life. Often, when presented with situations where a guy isn’t exclusively dating anyone and may be interacting (read: kissy kissy bang bang) with multiple people, the guy will act first, resolve later. Its pretty easy to ride inertia into the sunset, so if things haven’t blown up in his face yet, he will often just keep going with what works until it doesn’t, and then figure out the next steps from there.

In terms of what you should do, you first need to decide whether this is the kind of friendship that you want to evolve into a lot more, or if you’re okay with it being casual/non-committal. If the former, you’ll need to be clear with him about what’s going on with you two and get him either to agree with you on that or cut it off if you two don’t align. If the latter, then it probably wouldn’t hurt to be clear about that as well, but you should be able to set your mind at ease about any of the potential “awkwardness” you may be feeling. Worry about getting you OK with the situation first – then everything else will fall into place.

Question #3: There’s a guy who likes me (Guy A) – BUT, I like his friend (Guy B). Guy B and I have a ton of chemistry, but he hasn’t made a move yet, and I’m trying to figure out if it’s because he’s not that interested, or because he knows that his friend Guy A likes me. So I’m wondering – do guys “call dibs” on girls, in the same way that girls often do? Is there any chance that they’ve talked about me, and Guy A has said that he likes me, and so Guy B just feels like he can’t do anything about it? I know this happens all the time with girls – the biggest no-no in my friend group is to go for a guy who your friend likes!! – but not sure how guys usually handle potentially being into the same girl.

The answer – it varies. Bro-lationships can range from the “bros before hos” mentality to the “I saw her first, don’t you dare think about it” rivalry. Whether they fight for a potential girl or one yields to the other is driven by how good of friends they are and how awesome the girl is. Sadly, unless these are the kind of guys that will open their mind and heart to you on a whim, you’re probably not going to find which way the wind blows on this one.

Of course, I’ve always found that empirical study can lead the way to truth. You make a great point about not knowing if someone is interested because they “haven’t made a move.” Perhaps you should add some kindle to the fire and find out if Guy B is interested. If you give a guy the appropriate hints and he is interested in you, he’ll almost always bite. Most guys who aren’t bold enough to ask first are often just afraid of rejection. When a girl gives the guy a clear signal that she’s interested, the guy becomes a lot more confident and will make the move you’ve been waiting for.

What signal can you use to determine his interest? It can be seeing if he’s up for dinner or drinks, or a little bit of physical contact when out in a group (e.g. holding onto his arm when walking, touching his back when standing next to each other at a bar, or even being bold and giving him a “sexy eyes” look). All a guy needs is a little help, and if he’s been interested all that time as well, it’s on.

Believe it or not, guys are forgiving creatures. Rarely have I seen a situation where Guy A and Guy B would hate each other because they both liked the same girl and one of them lost out. Very few guys start relationships with someone thinking that this is going to be THE ONE (sadly, right?), so if it doesn’t work out with a girl they liked, it often will not have too much after-effect. What is much more common is that Guy A and Guy B will hate each other because they dated (and slept with) the same girl, with one person not knowing it was happening. Though, there is also the case of “eskimo brothers” (which I first heard when watching The League) where two guys are actually bonded over sleeping with the same girl — I’m much more of a skeptic on this topic, though.

Given that nothing has really happened here on either front, I’d say it’s rather safe to go for the one you want with little risk of harming their friendship. Good hunting!