Register | Login
Cheating and / or Cheating

A New Definition of Cheating: What’s Trust Got To Do (Got To Do) With It? 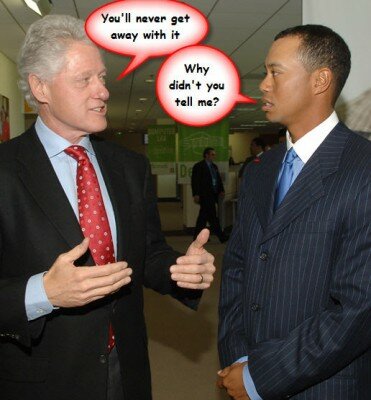 To cheat or not to cheat? Oh, if only that was the only question.

Once upon a time, in the potentially mythical era where romantic boundaries were clear and Rules were staid and everyone was running around in poodle skirts and varsity letter pins (wait, Grease wasn’t a documentary?!), cheating was a contained issue.

You dated someone. Then you either took someone else out on dates at the same time (cheating!) or got down and dirty with someone else (cheating!). Or, you didn’t (not cheating!). If you were in a relationship, the only question was, “Do I want to cheat?” If you were single, you had to decide, “Do I want to be the other woman/man?” Tough decisions, maybe. But pretty damn clear.

On the one hand, let’s look at our celebrities. Tony Parker gets handed divorce papers after sending some questionable text messages to a woman who was not his (hot) wife. Angelina Jolie swears that she and Brad Pitt didn’t physically hook up until after his split with Jennifer Aniston – but we still see her as a homewrecker. Bill Clinton cheated up a storm, but many still love him and root for him and Hillary to take over the world. Charlie Sheen currently has two live-in girlfriends – goddesses! – and, by any sane stretch of the imagination, is also sleeping with countless other women…but somehow, everyone seems to be enjoying the arrangement.

So, wait. Does all this stuff fall under the umbrella of cheating? Yep. Ambiguous, right?

And on the other hand, let’s review what we learned during our very own WTF?! Cheat Week. We asked for a variety of perspectives on cheating, and a variety is what we got. We learned that men and women often define cheating in vastly different ways. We realized that Chicago is the wrong city in which to plan a date with your jump-off. We heard that sometimes, even when the circumstances are unquestionably shady and well, wrong, bad intentions can lead to positive outcomes and cheating can result in loving relationships. And we discovered that if you’re a married guy, you’d be wise to stay far, far away from West.

This was all fascinating! But judging by the follow-up emails, comments, Facebook messages and Gchat queries that I received, WTF?! Cheat Week left many of you with one burning question.

In this post-dating world of ambiguous interactions and non-dates and techno-romance and dahs and friendships and undefined relationships and blurred lines and differing thoughts on monogamy and commitment and connection…what is the definition of cheating? How can you tell if you’re doing it? When are you correct in thinking that your significant other is doing it? How can you determine if someone is trying to do it with you? Is there some understanding about cheating that we can all come to, in order to minimize unnecessary hurt and betrayal and mixed signals? How can we enter into relationships, 100% sure that we are on the same page as our partners when it comes to cheating?

In other words – what counts as cheating these days?

We’re Millennials. We change up rules and definitions all the time. So now, I think it’s time to re-define what it means to cheat. You wanted a conclusion, and now, you’ve got one.

Here’s my logic. Follow me, and then we’ll hit on the new definition. Let’s do it!

The Rationale for a New Definition of Cheating

You probably already have your own personal definition of what constitutes cheating. The problem is that you do not live in a vacuum. Unless your love life consists of only the pretty, naked men and women on your laptop, you’re dealing with other people. Thus, you’re dealing with their definitions of cheating as well. Which are probably just a tad bit different than yours (or a lot different).

Cheating aside, you’re presumably trying to build real connections and relationships with these people. And of course, when it comes to someone who you actually want to commit to, you’re not trying to cultivate just any relationship. You’re an overachieving Millennial. So you’re trying to cultivate the greatest, realest, most mind-blowing relationship ever. Which – as any Dr. Phil or Dr. Drew or Dr. Seuss can tell you – takes trust. And communication. And compromise. Duh, duh and duh.

So now we need to enact all those things when it comes to cheating.

Let’s say you think that cheating is purely physical – that as long as you’re not hooking up with anyone else, you’re not cheating. But then let’s say that your significant other thinks that cheating can be emotional – that if you’re having long talks with someone else, spending time together, and allowing feelings to grow, then you’re cheating.  Two people, two different definitions.

Your own personal definitions of cheating are no longer the point. Because the ultimate goal is to build trust, right? Not to be right or wrong. And if you want to create a truly trusting, comfortable, long-lasting relationship, then you need to come up with a definition that both you and your significant other can agree on. Whatever that may look like.

Re-Defining Cheating According to You (and Your Significant Other)

Every couple should sit down together and decide what counts as cheating. To them, and only them.

So you and your partner need to define cheating for yourselves.

For some couples, this may end up being a really loose definition. You may both be extremely flirtatious by nature and agree that anything less than physicality doesn’t count. You may say that anything less than sex doesn’t count. Hell, You may establish an open relationship. Whatever you come up with, at least you’ll both know what rules to stick to!

Likewise, some couples may tend towards jealousy or tradition. These couples might decide that any one-on-one time spent with other people is cheating, or that flirting is cheating, or that texting after 11pm is cheating. Who knows! But again, if you’re one of these couples, then at least you’ll have a common set of rules and understandings to guide your actions with that cute member of your soccer team.

Once you and your significant other have discussed it and laid some ground rules (I know this may seem like an obvious conversation to have, but seriously – so many couples aren’t having it!), then there’s an easy rule to follow. You’ll know each others’ limits, and you’ll know how to act in order to maintain each others’ trust. Therefore, you’ll just have to follow the following definition to know if you’re hedging towards cheating.  And if you don’t follow it, well, then you have no excuse. You cheated.

Cheating should be defined as any behavior that would upset your significant other if he or she was aware of it.

Would your Gchat conversation with an Ex upset your girlfriend if someone forwarded it to her? Cheating. Would your boyfriend freak out if he walked into the party right now and saw you leaning into that other guy? Cheating. Did you delete that text message after sending it because you were afraid that your girlfriend would see it and flip out? Cheating. Did you get nervous about introducing your boyfriend to your male co-worker because you were worried that your co-worker would reveal one of your many deep dark secrets to your guy and make him angry? Cheating.

If none of these things would upset your significant other, then great – you’re not cheating! It’s less about your actions, and more about how your partner would respond to those actions.

But My Significant Other Is Crazy! Now What?

Yes, he might have limits that you find unreasonable. Yes, you might think it’s crazy to get so upset over a harmless Facebook wall post, while she spends a whole week crying over it. But then, maybe you should be with someone who feels the same way about cheating as you do. Right or wrong, broken trust is a bitch to rebuild.

Sure, you can have an honest talk about what upsets your partner and then go ahead and do that stuff anyway. Just know that – if you do – you’re a cheater. You’re no longer allowed to claim that “it” doesn’t count as cheating. If you know that it will upset your significant other, and that it will damage their trust in you, and then you decide to stay with them and do it anyway…you just cheated.

Harsh? Maybe. But remember, the point isn’t to be right. It’s to be in a strong, trusting relationship. And if you choose to be with somebody, then you also choose to abide by the boundaries that make them feel safe and loved. Or not.

So! What do you think? Does this make all of us cheaters? Are you terrified by the possibility of hearing what your significant other considers cheating? Does it feel like a relief to imagine telling your girl or guy exactly what upsets you and what doesn’t? Do you have the strength and willpower to act accordingly – even if you disagree?

Cheaters and non-cheaters alike, by any definition – whether you fancy yourself a Tiger Woods or a coupled-up Mother Teresa – let’s hear your thoughts in the comments section!

← Where Have all the Good Men Gone? Nowhere.
Quid Futuendi Agitur In Mea Amoris Vita →