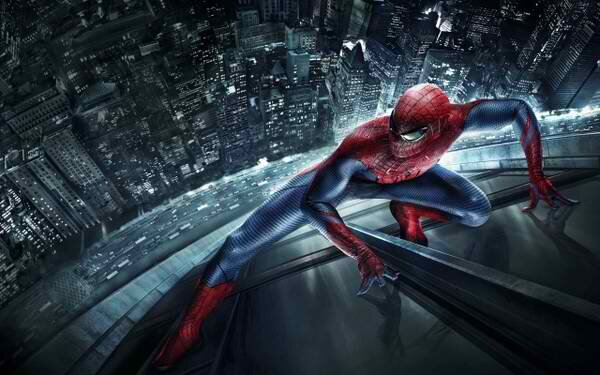 I wasn’t surprised when my gal-pal told me her date with The Writer was textbook romance, breathtakingly lust-filled. He took her to all the best spots in LA. Wined and dined her. He kissed her in the rain, for goodness sake.

And then three or so days later, The Writer was struck with a brilliant idea that required him composing a short novel, disguised as a Facebook message, wherein I think he invited my gal-pal to visit him somewhere in Europe. He also said a bunch of other stuff. This was one of my favorite chunks:

“I really enjoyed my time with you. It was a small sample size, but I feel rather confident in saying that you’re unique. I’m normally a philanderer (*this is a fancy word for “womanizer”), and don’t put much care into the long term pursuit of a woman. There are two reasons for this. A) great men in history and fiction tend to be free and independent. B) American women tend to bore the very core of my soul. [...] I can’t even be bothered to chase my liquor. So I can’t very well be bothered to chase women. So I’m not asking you to come. I’m telling you.”

12 lengthy paragraphs filled with a bunch of other stuff just like that. Misogyny, wrapped in pretension, all intended to make the lady swoon. How lucky was she to have caught his eye.

I was absolutely, flabbergasted-ly appalled. Someone needed to knee Mr. Darcy in the balls. But this was not my fight, and my gal-pal handled it in her own way; leaving me to stew about it for longer than I should have, as only a slightly hardened feminist could.

A week or so beyond that, I came across the theatrical trailer for The Amazing Spider-Man 2. I was so into it, I watched it twice. Spider-Man was looking good, and I was confused to discover some uncomfortably deep-seated jealousy toward Emma Stone. Suddenly it dawned on me that I had hit a major 90s kid milestone: I had emotionally committed to one superhero. As it turns out, I’m a Marvel girl.

I walked around the next couple of days fantasizing about a world in which Spider-Man exists; a world in which I could actually seduce him with my big sexy brain and wide-framed geek glasses. I’d help him fight crime and understand his pain. Holy moly, the sexual chemistry would be killer.

And that got me to thinking about The Writer and his modern day love letter. After much thought, I reached an interesting conclusion:

What if, Mister Writer, we ladies held you gents to the same standards of those great men of history and fiction before you?

Like Peter Parker; or Bruce Wayne, or Captain Steve Rogers, or any of the other countless men with chiseled abs and great smiles, running around defending the innocent and wearing spandex.

So you’re a working writer in Hollywood. Impressive. I’m sure you ooze the kind of in-person charm that compels fathers everywhere to throw handsome dowries at you, and based on your writing exercise love letter, you seem to have a firm grasp on the use of a thesaurus. But, I mean, can you say that you’ve saved the world recently? Are you the type of man so selfless in nature that you constantly put your life on the line for complete strangers? Can you scale a skyscraper with your sticky spider fingers and take a woman to the heights she deserves to hit?

From where I’m standing, Spider-Man may be the perfect dude: a socially awkward nerd, who also happens to be a quick-witted smart ass, channeling his very complicated daddy-issues into being a superhero. And that outfit…yum.

None of this, however, changes the fact that Spider-Man simply isn’t out there for me to find. He exists in a world much different than ours: one in which the stakes, romantic and dangerous, remain at an all time high, and story endings are written to rival reality and reflect what should happen in life.

To hold the men of our world–let alone myself–to such standards would be both extremely unfair and disappointing.

As much as we may want them to, our real world romances should not mirror that of literature, the silver screen, or even the great loves of generations past. With such expectations you might never truly be satisfied with the partners you choose, nor the time you spend with them. After all, how could you be?

Put down the F. Scott Fitzgerald and join us in the real world. It’ll give you something to write about. Especially when you get to re-invent the ending.