The One Who Got Away. Let Him!

Every lady knows and loves and yearns for this guy. The One Who Got Away.

By definition, he’s not in my dah, but he’s been in my life for practically all of my 27 years.

We met – as it were – as toddlers in the mountains, where our families vacationed at the same rustic resort. There’s a photograph of five-year-old, platinum blond, chubby-faced me staring at him across a wildflower field. He had long, curly, silken dark hair and in the picture, he’s wearing a red t-shirt and looking back at me cooly, like a miniature rebel without a cause.

If you go up to the resort even now, there’s a piece of driftwood where we both wrote our names in magic marker, probably that same year. He’s a year older than I am, so his name is spelled correctly and mine has a backwards B and Y.

It wasn’t until much later that I consciously knew I was in love with him. I was 12-years-old, with knobby knees and ears that stuck out, but I was still a sun-kissed, freckled blonde and had happily evaded the awkward ‘awkward phase’ that had stricken most of my friends during this time. At home in the suburbs, I was making out against lockers and in his bunk-bed with Rob The Hockey Player, though refusing every day to ‘be his girlfriend.’ I had that compulsive desire for male attention (even adolescent, slightly be-pimpled male attention), but I knew I was saving up my “official” love life for someone truly epic.

That’s when I re-encountered him, The One Who Got Away, on vacation with my family in the mountains. 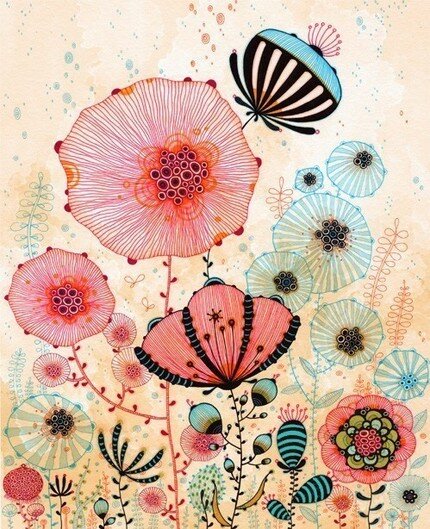 It had been years since we had seen each other – but I was immediately taken with him. He wasn’t handsome in the classic sense (certainly no match for Rob The Hockey Player), but he was 13 and he had muscles, and curly Jew-fro hair, and a devil-may-care attitude that to me screamed SEX. And he was really, really smart.

When 3 summers later he got a tattoo on his shoulder and showed it off after dinner, I was convinced he was the one – and only – for me.

But to return to my 12-year-old self. I felt an awed connection to him that I had never found before at home among the guys I knew. I was also pretty sure he noticed me back. This, I thought, must be love.

To be honest, the sequence of events – with years and years intervening – is hazy in my mind, though the memories are as intense as if it all happened yesterday. Up in the mountains, we had a cohort of friends and siblings (he had a bevy of older sisters gushing over his charms) and together we would stay up all night, playing Egyptian Rat-screw and Mafia and talking about the constellations, which as city kids we were only privy to on those special country nights. He could count cards. He knew all about politics and science and chess. Every time he looked at me, I felt like my life would be incomplete without him, and that something – him – was missing from within me at that very second. I would smile back.

Then late one night, we all went swimming in our underwear. Mountain brooks under the full moon are just as bitterly cold (moreso!) as under the hot afternoon sun, but the ethereal silence and absolute darkness (we had two flashlights between the several of us) somehow wiped away whatever apprehension we may have felt wading into the icy water. I got in waist-deep and stopped, flushed and thrilled. I remember him grabbing me and pulling me underneath.

The cold water knocks the wind out of you, and when you come up for air you have to shriek with relief. The lot of us dissolved into giggles. When finally we gathered our clothes and stumbled down the path towards our cabins, he and I hung back. I don’t know who grabbed whose hand. I don’t know who started kissing whom. Perhaps this was the very beginning of the sexual aggression that has defined too many of my relationships with men, or maybe I simply gave myself up to him, but for about 15 seconds we were kissing.

And then we stopped. “This…” he said. He fell into silence as he started walking, still holding my hand. We finally reached the group of our friends and I looked up at the stars. I felt like I’d been made a part of the universe and that everything in creation existed – in some way – to please me. He still held my hand, for a moment. But then we said good night. And we haven’t spoken since. 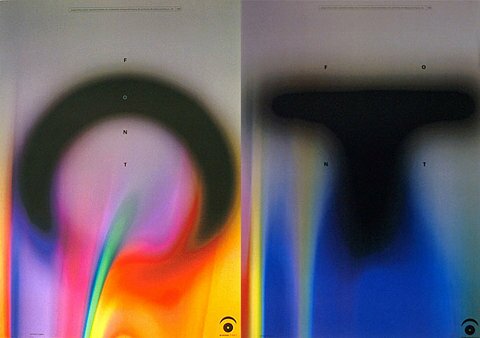 We’ve seen each other plenty. Perhaps pleasantries were exchanged. I once called his house and invited him and his sister to a show. This was all during the early days of email and at some point he and I were emailing, and then he blew me off with a perfunctory reply. But for all intents and purposes, we were not in touch and we did not even acknowledge each other in a room – unless necessary.

But I didn’t stop thinking about him, or that night. What happened? What did it mean? These questions occurred to me, but I didn’t contemplate my hurt or confusion as much as I dwelled on the feeling of falling into the water with him, kissing him against the dark trees, holding his hand and looking up at the expansive night sky. Those feelings had been new for me. That night was a gift. I’d felt – so strongly – what was possible between two people. But it was also a curse. I constantly yearned for that heavy, consuming passion. For the unspoken intimacy in the moment our lips connected. I can only describe it as transcendence.

You know what happens. You grow up. Those feelings came back – and in spades – as I fell in love in college, first with a shy philosopher older than myself and then with an inspired, gorgeous social activist who felt like my other, better half. There are more stories to tell of these men and our many moments together.

But you also know. You always wonder. What’s going on with him? The One Who Got Away.

From my family I knew the basics and from Facebook (we’re “friends” – I wonder if he’ll read this) I would glean from time to time what was up with him. What he did for his birthday. What business he was involved in. Whether or not he was “In A Relationship.” Don’t judge! Social networking has made proud internet stalkers of us all.

Then out of the blue he messaged me. I was newly single at the time and when I saw the message I literally fell out of my chair. Another of our erstwhile skinny dipping cohort was my dearest friend Jennifer, who was living abroad. I immediately called her and we mutually freaked out, as girlfriends will do. Sure, he was just inviting me to a party to which, I was positive, all of the thousands of his Facebook friends were also invited. But since he and I had been absolutely avoiding each other for over 10 years, the message felt like a revelation.

Would I come to the party? (Of course!) But I played it cool and responded nicely saying I would try. I thought about it for weeks.

But then the day came along. And I was really busy. I had movies to see and books to read for my cool film studio job, which I was then hard at work at. I was also really into this (hot) DJ and was eager to see what he was up to that night. Was I really gonna drag myself out to this inconveniently located party just to lay eyes on a guy I’d been in love with for most of my life?

I could NOT BELIEVE that was how I was feeling! I was convinced I was just nervous and making excuses. But no. I actually did not care. I was indifferent to the party, and indifferent to him.

It was with a jolt of insight – and sadness – that I realized I’d never been in love with HIM. I’d been in love with those feelings. With that sense of belonging to a special place and to one person in our infinite universe. I still yearned for that epic experience of love. I craved – I always crave – the hungry, abandoned feeling of sex. I desired – I still desire – transcendence. But I knew I wouldn’t be getting it from him.

So I blew the party off. And sent an apologetic email to him later. He never wrote me back.

He’s still The One Who Got Away. Who knows what was going on with him that night in the mountains. Who knows what could have happened if we’d continued speaking to each other after that kiss. Who knows. I’m a better person for having felt and understood those feelings. I aspire to an all-consuming love. I’m released from my attachment to that man and that moment in particular, and I’m free to find – and have found – more thrilling adventures in life and in love.

So ladies. The One Who Got Away. Maybe you should let him. Go Away. In letting go your thoughts of him, you just might find new thoughts about yourself. 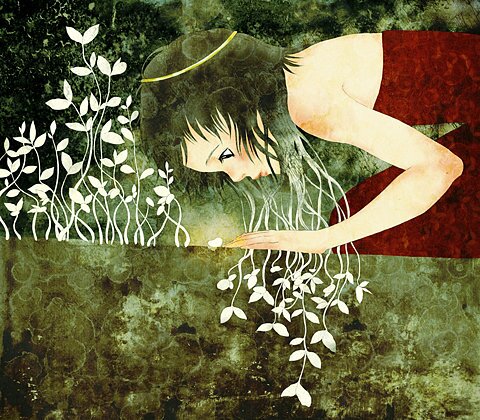 ← Ask A dah Guy! Long-Distance Flirting, Disappearing Texters and the Madonna/Whore Complex
An Ode To Players →