Register | Login
The Rise of Women

Why I Am No Longer Embarrassed by My Period 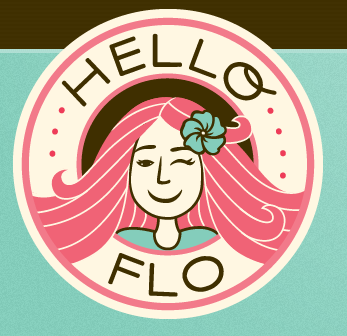 Ladies, GOOD NEWS. A startup has just launched that will simplify your period for you. HelloFlo promises to send you what you need (aka, tampons, panty liners, pads, the works, depending on how heavy your flow is) when you need it (aka, five days in advance so you don’t get stuck at work with a frothy mess below and no recourse but to staunch it with flinty paper towels from the rest room, run out to the drug store, and return past your boss’s office with a see-through bag of generic super max lilac scented tampons because that was all there was on the shelf. Yes, this has happened to me.)

That said, it doesn’t sound like HelloFlo has solved the uniquely feminine and critical crises of PMS, cramps, achy muscles, sore breasts, chocolate cravings (or in my case, cravings for RED MEAT) or any of the other inconveniences of Aunt Flo’s monthly visit. However, being a pragmatic lady, I will submit that getting organized, supplied and prepared is a very good start to mastering the natural pain-in-the-ladybits that is our biology.

All of which has led me to reflect, in rather nauseating detail, on the most horrific menstruation moments I have experienced in my 2+ decades on this planet. Here’s the top 3, starting with:

1. THE FIRST TIME I GOT MY PERIOD. It was brown. Brown? Had I gone in my pants? How could I throw out my underwear without my mother seeing? What was I supposed to do about the fact it wasn’t stopping? Mind you, all of my friends had gotten their periods by this point – I was a late bloomer, having kept my totally andogynous, skinny, boyish, boobless frame for years after everyone else had developed hips and tits – so I knew all about getting your “first period” from other girls. But it had never occurred to me it would be brown. After a day of stress and worry, I realized what was going on with my body and I decided to get excited, despite the gross color.

2. PERIOD + YEAST INFECTION + URINARY TRACT INFECTION. For several months in college, while I was trying to enjoy the satiating company of a new boy toy, I was tortured by an ongoing simultaneous yeast infection and UTI that got especially unsavory during my period, because – and I probably don’t have to describe this, but – the clumpy texture of yeast combined with the organic thickness of menstrual blood makes for a mortifying discharge. Plus, I was overcome by the pain of the UTI during urination and sex. My Hot Sex Prospect and I were forced into what seemed like an endless celibacy. I was convinced the Good Lord was finally getting me back for all those (unblessed) communion wafers my friends and I had gobbled up as Catholic altar servers behind the scenes. I’m not sure why I made that particular sinful connection. Maybe it had something to do with the incantatory, “This is my body,” offered up in Scripture by Christ in every Mass. Fortunately, my savior this time around was the boy-toy-turned-boyfriend who went on a triple dose of diflucan to help end the, err, viscous cycle.

3. THE BLOODY ONE NIGHT STAND. I had sex one time – ONE TIME – with a close friend. He lived in a city I happened to be visiting for 36 hours, and in the heat of a devil-may-care moment, we decided to head back to his place and see what would happen. In fact, he was also a work colleague, so I did care. I wanted him to continue to like and respect me, but I was also pretty sure we were going to have a hot time with little-to-no hard feelings or embarrassment. Except. I had my period. My solution to this “problem” was to propose doing most everything BUT sex. Still satisfying, amirite? But he was intent on going all the way. Ergo, our sexy time was a bloody, and I mean bloody, MESS. Towels were destroyed. And yet. We woke up the next day with our friendship, rapport, respect and work relationship fully intact. He remains one of my best friends. In retrospect, the horror I felt in the moment that I realized my period had found a way to gush all over everything was utterly misplaced. He’d enjoyed himself, as had I, and he wasn’t freaked out by menstrual blood.

Come to think of it, neither was the college boy, grossly yeasty as that particular menstrual flow was.

Maybe I need to stop thinking of these experiences as moments of horror and start appreciating that, as much as we ladies love to complain about our periods, the sanguinous reality of our biology should NOT be all that stressful or overwhelming to us. Oftentimes, it isn’t even that disturbing to guys, at least when they are faced with the choice of Sex vs. No Sex.

So, I say we harness resources like HelloFlo in order to mitigate the monthly hassle posed by “bleeding 5 days and not dying” (to paraphrase South Park). En plus, we should stop worrying about and feeling shamed by any further consequences brought upon us, however sadistically, by AuntFlo and our monthly rendezvous with her. C’est la vie en flo.

Logo above is for HelloFlo – check it out for all your period needs, conveniently delivered.

← What About Your Friends?
Swept →