10 Ways To Piss Off A Woman 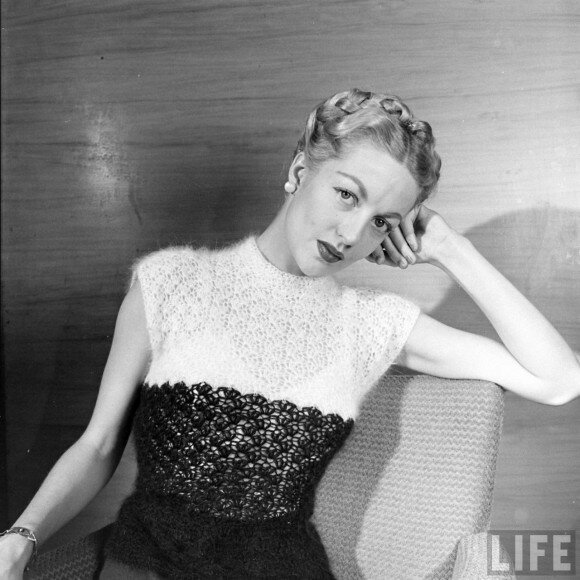 “10 Ways To Piss Off A Woman” — sorry, actually the title is “10 Playful Teases That Women Secretly Love” is an article on a blog called The Dating Specialist. Nick, “The Dating Specialist” is really psyched and confident about these tips. I can’t see how any of them would work UNLESS you’re in an established relationship and know each other very well. If this is a first (or even second) date, good luck, buddy. Here’s what Nick suggests:

1. Give her a silly nickname.
“You’re such a little brat/punk!” (smiling)
“Don’t worry sweetie/babe/pumpkin/cupcake, everything will be just fine.” (jokingly comforting her)
“I like that you’re always laughing, I’m officially calling you giggles.”

No. Most women hate being called “sweetie” or “little brat” (that one seems weirder than the others) or anything cutesy from a dude they just met or barely know. If any man said to me, “I’m officially calling you giggles” I would realize that I was on a date with Buddy The Elf and I would ask him what his favorite color is.

2. Point out something embarrassing or nerdy about her.
“OMG, your dimples are so adorable.”
“You have the cutest freckles on your nose.”
If she does something clumsy, “This is why we can’t have nice things Mary!”
“You’re such a nerd, where’s your pocket protector?”

I have a few questions. Are freckles now considered embarrassing? Do people think “This is why we can’t have nice things” is still funny? I genuinely think “This is why we can’t have nice things Mary!” funny but only if her name ISN’T Mary. I don’t know why that phrase is so goddamn funny to me, but it is. If her name is really close sounding to Mary though, then just say her actual name or she’ll think you forgot it. Last question: “You’re such a nerd, where’s your pocket protector?” — are you kidding me? Are you Nelson Muntz in an early 90′s episode of The Simpsons?

3. Mimic or mock her.
If she gets jokingly mad, huff at her and make an upset face.
Playfully exaggerate her accent.
Repeat her words back to her with your hands on your hips.

First one can be funny depending on how hot/cute/attractive the guy is. Sorry, but it’s true. Ryan Gosling makes his career doing that. Doesn’t work for all. If a guy did the last two on me, it would be really hard not to punch him in the face. Especially the last one. Are you a fucking twelve-year-old in an ABC Family movie?

4. Challenge her.
Thumb wrestle her.
If you’re at a bar or club, have a silly dance off.
“Please girl, I would so whoop your ass in X.”
“First one to get served at the bar pays for the other’s drink.”

““Please girl, I would so whoop your ass in–” “–okay, bye.” Would be how that would go. Don’t do the last one; that is so tacky. The second idea is cute. First one is fine, okay, whatever.

5. Treat her like a child.
“Oh god, you’re so fired.”
“I think somebody needs a timeout.”
“Go sit over there and I’ll get you some crayons to draw with.”
“Don’t make me spank you missy!”
“I think you’re too young to be drinking that young lady.”

I don’t think I need to explain any part about this. TREAT HER LIKE A CHILD. TREAT HER LIKE A CHILD? This man is suggesting that you treat a woman like a child. On purpose! Also, wtf, referring to the top one, what child gets fired? Was that supposed to be somewhere else? In the “treat her like an employee” section? And “Don’t make me spank you missy!”? If you have a bedroom thing where you do that, go for it, but if you’re with a girl on a date and you threaten to spank her like it’s the 1950′s and you’re Bing Crosby, you are going to need to prepare for shocked silence, water being thrown in your face, or a verbal smackdown. Hopefully.

6. Roleplay with her.
“You like Dr. Who? We’re officially best friends now.” (put your arm around her)
“That’s it, we’re breaking up — I want my letterman jacket back!”
“Where are we running away to for our honeymoon? I was thinking Fiji.”
“I can’t believe we’ve been dating for three years now. Do you remember our first date?”

I used to do this one a lot. Now I just do it to my friends. It’s fun. It can be really cute when a guy does this and it can also be really frightening. Guys, you gotta have great intuition and feel it out. If the date’s going really well and you feel like you could jokingly suggest marriage, go for it…but really be 100% sure that she’s going to think it’s funny.

7 . Stereotype her in a humorous way.
“A Brooklyn girl, you packing heat?”
“Uh oh, a lawyer…I got to be careful what I say around you.”
“You’re from Tennessee? You must listen to songs about whiskey and tractors.”
“Oooh a musician, can you write a love song about me?”

I can see this going horribly wrong. It went over so well in Annie Hall:

ALVY: You’re like New York, Jewish, left-wing, liberal, intellectual, Central Park West, Brandeis University, the socialist summer camps and the, the father with the Ben Shahn drawings, right, and the really, y’know, strike-oriented kind of, red diaper, stop me before I make a complete imbecile of myself.
ALLISON (deadpan): No, that was wonderful. I love being reduced to a cultural stereotype.

8. Tell her you wouldn’t get along.
“I can’t believe you like Twilight, we can’t be friends anymore.”
“We could never be friends, we’re both too stubborn.”
“You are such bad news, I don’t know if we can hang out.”
“You’re too nice, I would corrupt you.”

“You’re too nice, I would corrupt you” sounds like something Michael Douglas would say moments before murdering his 20 something wife in a taut thriller. These are all just terrible ideas. I think I get where he’s coming from. The whole sports rivalry thing like, “You’re a Yankees fan? Uh oh. No way. Mets or get out!” or whatever, but these are a little much.

9. Disagree with something she said.
Playfully turn your back to her.
After she says she dislikes something say that you do like it or vice versa.
Call her out for being rude or shallow.
“No way, lame!”
“Pssh, I disagree, there’s definitely good rap out there.”

Let me guess: the “Call her out for being rude or shallow” thing is about her reacting to your dickish behavior that you’ve certainly been doing up until this point if you followed most of these tips?

10. Accuse her of hitting on you or being sexually aggressive.
“Are you hitting on me?”
“Get your mind out of the gutter!”
“I see what you’re doing, your feminine wiles won’t work on me.”
“No I will not hook up with you right here!”
“Can you please stop checking out my ass?”
“Don’t look at me like that, I’m not a piece of meat!”
“Stop trying to seduce me, I know what you’re up to.”
“Hey, stop thinking those dirty thoughts — we just met.”

Ehhh, I think girls prefer doing this more to guys than hearing it from guys. I could be very wrong, of course. But if a guy said “Can you please stop checking out my ass?” I would say, “With absolute pleasure” unless the guy was a geeky Rivers Cuomo type and was saying it ironically. Otherwise, no.

You’ve got to take some chances — the guys who always play it safe usually go home alone.

Going by this, the guys who “play it safe” are the guys who aren’t considered immature, condescending, clueless, sexually aggressive, and borderline rapists. But that’s just one “child’s” opinion.

← Bethenny and Jason: Self Respect is the New Denial
Ask Jess! How Can I Seduce My Hot Sex Prospect…Tonight? →

Schedule a margarita meet-up later on with some of your contacts, and commence creating genuine connections. verity miller onlyfans When you call, you will discover how easy it is to locate matches and make connections. OnlyFans quietly changed its terms of service to prohibit sexual content filmed in public settings. oktrends photos You can go additional and further.