Register | Login
It's A Jungle Out There

10 Things That Will End A Relationship Before It Begins 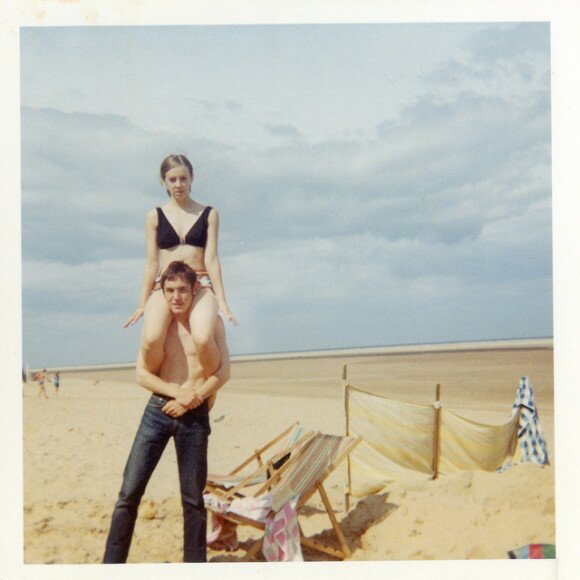 Relationships are hard. So hard, that sometimes we destroy them before they even come to be. We’re just so excited about this new person, this new prospect, that we just want to jump to the end where everyone is happy and in love. And in doing that, we ruin the whole thing. If this hasn’t happened to you yet, keep doing what you’re doing and avoid doing these things. And to those who have done one, or some, or all of these things — I feel you. I really do.

Here are 10 things that will end a relationship before it begins.

10. Being available all the time.

If you’re available a lot, that’s fine. But don’t let anyone know that. You want people (and not just people you want to date and have sexy times with) to think that you’ve got a life full of important and fabulous things to do. And if you’ve got too much time on your hands, then find something to do. Clean your apartment. Make plans to see that friend you haven’t seen in years — and actually do it. Make your own schedule.

9. Texting or calling too frequently.

I hate hate hate the whole texting game. People have lots of rules. Rules like, “don’t text right after your date” “don’t text the next day” “don’t text for 3 days” “Have a ratio, for every 3 texts she sends you, send 1 back” and so forth. That last one is infuriating. If you’re the sort of person who communicates via text, I’m not asking you to shut it down. I’m asking you to take a moment and think, “Do I really need to text this?” Is it to confirm plans? Go for it. Are you sharing an inside joke? Go for it. Are you telling them you had a great time? Go for it. But do not go for it every day. And do not text things that won’t go anywhere. Things like, “Hey! What’s up?” “Oh, nothing, you?” “Just chilling.” “Cool.” I mean come on, what is anyone supposed to do with that? And if you do that several times a day, it gets really annoying, really fast.

We all do it, just don’t get caught. If you do, it’s nearly impossible to get over. They have to have a really good sense of humor, and you have to be breezy about it. But for some people, this can end it immediately. To them, it suggests that you’re insecure.

7. Asking them almost every day what their plans are and if they’d like to hang out/go out.

I’ve done this and I’ve had this done to me. And being on the other side of it, it made me feel very uncomfortable. Yeah, I like you, we had a good time, but why are you so insistent on seeing me? And don’t you understand that I work? I’ve told you that I work. Can you just chill out a tiny bit? I also feel badly when every time you invite me I have to tell you that I have plans, because I actually do have plans, but soon I may want to get the point where I tell you I have plans even when I don’t and I don’t like lying to people. Let me miss you a little bit. Make some plans, if they don’t work for me, I’ll offer suggestions, and we’ll figure something out. If we don’t, then it’s my cowardly way of telling you that I’m not into you. (I don’t do this anymore.)

6. Making or planning big events or trips too far ahead.

It’s like you’re challenging the universe to break you up. Oh, your cousin’s getting married in about a year? Better let them know that even though you just met this dude last week and he seems cool, you’re gonna need a plus one.

5. Being too familiar and too intimate (in a non-sexy way).

I know it’s exciting at the thought of meeting his friends and/or family, but it’s a little weird if you try to force it. If you ask him, “How’s your niece, Madeline?” when he hasn’t even mentioned his niece Madeline, but you know she exists because you saw her on his Instagram feed. That throws people off. And by being too intimate, I mean, doing boyfriend-y things when you’ve only gone on 1 date. On your second date, if you jump into his arms and call him pet names you just made up and grab his hand it can make the other person feel really, really awkward. This happened to me. We went on one date, it was fun, but on the next one he acted like we were boyfriend and girlfriend. I sat down to look up movie times on my computer and he held my hand. It’s weird.

4. Having “the relationship talk” WAY too soon.

Oh God nothing kills the relationship like talking about the relationship. It makes sense if you’ve been together for a few months and you want to know if you’re going to be exclusive, and how do you feel about what we have going on here, and so forth. But if you’ve been on 2 dates and you’re having this talk, it’s going to end badly. You’re going to freak the other person out, and really you’re only asking because you’re so freaked out, so now you have 2 freaked out people who are both thinking, “What are we doing, I just wanted to have fun.” Don’t do this. And why do people do this? Let’s go to #3.

Texting has ruined a lot about dating. We’re so careful now about what we text and when we want to describe to our friends how our interactions with dudes go, we simply copy/paste the text to every friend. And usually, each friend comes back with an entirely different interpretation. And it’s a mess. And you’ll start to think of all the little things that happened that you know aren’t important, but now that you’re spiraling into this insecure place, you’re telling your friend, “He took me to a casual restaurant without waiters, he’s totally not into me, is he?” THIS GETS YOU NOWHERE, STOP.

2. Worrying about the future.

“Are we going to last? Is this the person I’m going to marry? Will my parents like them? Will they like my parents? Are we going to take trips to Napa together? Shit, I should buy a new suitcase. If I save up money now, I’ll have enough in 3 months for a trip to Napa. What if we don’t make it in 3 months?” This is destructive and don’t do this. (And don’t plan trips to Napa after knowing someone for a handful of days.) To quote Doris Day,

Que Sera, Sera,
Whatever will be, will be
The future’s not ours to see.

1. Falling too hard, too fast — and telling them.

You know what “Classic Schmosby” means? It refers to the character Ted Mosby in How I Met Your Mother. At the end of Ted’s perfect first date, he tells her, “I think I’m falling in love with you.” This was a habit Ted couldn’t break. So every time someone said “I love you” too soon, it was known as pulling a “Classic Schmosby.” And sometimes you later realize that you weren’t actually in love — you just really wanted to be. It’s okay to fall in love, but don’t say anything until you’re sure that’s what you’re really feeling, and wait a little bit. Don’t rush these great times, these beginning stages where you get to know someone and sometimes you can’t even look at them directly because they’re so goddamn cute.

Stop, take a deep breath, and enjoy it.

← I Can’t Dance Like Nobody’s Watching
What Is More Important Than Trust? →