10 Things How I Met Your Mother Taught Me About Relationships 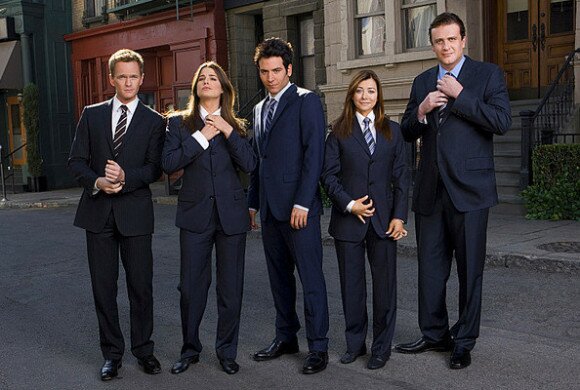 How I Met Your Mother is one of those shows I wouldn’t have given a chance to if someone hadn’t turned it on while I was in the room. The title threw me off — it sounded like a cheesy, silly show. But I was wrong. I was so wrong it was legend–wait for it–dary. (Sorry, couldn’t resist).

I can’t believe that it’s over. Though I got into the show a few years after it premiered, I caught up, and quickly — it was addictive. I’ve been there through all of Ted’s girlfriends, mother material (Victoria) and pure ratings boosters (Katy Perry). I’ve seen all of Barney’s plays, both ridiculous and genius (and some a combination of both). And I’ve suffered through countless Ted/Robin breakups. So here are 10 things How I Met Your Mother taught me, for which I will be forever grateful.

Note: this post was inspired by Simone of Skinny Dip, whose “10 Things I’ve Learned About Love From How I Met Your Mother” is a must read.

NOTE: This was written before the finale aired.

10. Everyone needs at least one good friend.

They were lucky enough to be a close-knitted fivesome. Not everyone can have 4 great friends they can rely on. It’s hard enough to make plans with one other person sometimes. But everyone needs at least one good friend to share their triumphs and failures with. Even if it’s your spouse. Lily and Marshall aren’t just a married couple — they’re best friends.

9. It’s okay to be immature sometimes, if it’s all in good fun.

The slap bet. The ducky tie. The “I’m too old for this sh–stuff” list. These were things the gang did that 30 somethings should have abandoned long ago. As I move through my 20′s at a pace that scares the hell out of me, it’s a relief to know that I’m allowed to keep some silliness with me.

Ted signed up for a dating service and after a long wait, got a result back that seemed to be for his perfect woman. She fit all his requirements. He could check each and every one off his list for “perfect mate”. But he wound up ditching his perfect date in favor of chasing after Robin, who was all wrong for him. It was a lesson Ted had to learn. Just because something looks good on paper, doesn’t mean it’s what you need. Yes, Ted and Robin didn’t work out, but Ted needed to learn that the hard way. Which is another lesson…

7. Sometimes you have to make your own mistakes.

Yes, most of Ted’s friends told him Robin was a bad idea, but he went after her anyway. Lily had to leave Marshall to go to San Francisco to realize how much she needed him. Your friends can talk until they’re out of breath, but ultimately it’s your life and you need to do whatever you need to do. Getting back together with Robin (about a million times) was a series of wonderful mistakes Ted had to make, because it helped him grow and made him realize what, and who it is, he really wanted.

6. “Mother Of Pearl” is a great wedding song.

I’ve always been a fan of Roxy Music, but it wasn’t until a specific moment in How I Met Your Mother that I utterly fell in love with them, and the song, “Mother Of Pearl”. Back on #8, when Ted thinks about giving up Robin in favor of his “perfect on paper” girl, he imagines getting married to her and then seeing Robin at the ceremony watching him with a look of sorrow on her face. That’s when he realizes he wants her, as Bryan Ferry moans, “Oh mother of pearl, I wouldn’t trade you for another girl.” It’s a great moment that stuck with me so hard, I’m gonna have to play it at my own wedding.

5. People can change (read: everybody grows up at some point.)

Barney went from being the biggest jerkiest man slut in all of man sluttington to being a (somewhat) mature married man. People change, meaning that people grow up. “As we mature, the relationship matures with us,” Marshall once said, of his marriage to Lily. It’s true; they weren’t the same people they were when they met in college. It doesn’t mean they turned into incredibly different people; Barney didn’t either. He always had the power to commit, it just had to be when he was ready. So don’t lose faith in people.

4. People are crazy because they’re insecure.

When Ted dated “Blah Blah” (we learned years later that her name is actually Carol), she came off as, well, totally crazy. Her actions inspired Barney to create the Vicky Mendoza Diagonal, AKA, The Hot/Crazy Scale. From Urban Dictionary (yes):

The Vicky Mendoza diagonal is a specific kind of line on the “Hot/Crazy Scale”. The Diagonal runs straight from the bottom left corner to the top right, signifying that the woman in question is crazy, but her hotness balances this out. The Hotter she is the more crazy she is allowed to be.

Blah Blah Carol was crazy, but only because she was clearly intimidated by Robin. It can definitely be intimidating to hang around your boyfriend’s ex girlfriend, especially if he’s still friends with her. She didn’t handle it well, but it was because her insecurities got the better of her. Also keep in mind when Marshall invited Chloe over to his apartment. She wound up trashing his place, but only because he got back together with Lily. No, I’m not condoning her actions, but I can understand why she did it: she was insecure about his relationship. Insecurity breeds craziness.

3. It is shockingly easy in life to part ways with people forever.

Older Ted (read: Bob Saget voice) tells his children, “You will be shocked, kids, when you discover how easy it is in life to part ways with people forever.” And I went “oof” and wrote about it, because it’s so true. Relationships of any kind take commitment. If you really want to keep someone in your life, you have to work at it. How many times have you told a friend, “Let’s totally hang out sometime!” only to never actually totally hang out? To quote comedian John Mulaney, “Percentage wise, it is 100% easier not to do things than to do them.” So if there’s a friend you want in your life, let them know it. Make plans with them and keep them.

2. Relationships are about getting close — sometimes too close for comfort.

Lily and Marshall prided themselves on never peeing in front of each other — which changed in season 1. By the end of the series, they’re shouting at each other from the bathroom and talking about Lily’s bowel movements (“I don’t control when my deuces happen Marshall, deuces are wild!”) Barney used to step outside of his apartment building just so he wouldn’t have to fart around his fiancé (at the time), Quinn. But eventually he realized how ridiculous that was, and she confessed she’d been using the balcony for her “me time”. If you’re going to be in a committed relationship and live together, you’re eventually going to have to deal with stuff like that. But it’s okay. It’s normal.

1. Make the most out of every minute.

The scene that got me hooked on How I Met Your Mother was Ted’s “2 minute date”. Stella, Ted’s dermatologist, tells Ted she can’t date him because she doesn’t have time to date — she only gets, “like 2 minutes for lunch.” So Ted puts together an entire date in 2 minutes, timing it to perfection, from dinner to the movies to coffee, all set to Big Star’s “Thirteen”. It’s a wonderful moment and it shows that you can do a lot in 2 minutes. Yes, it’s a TV show (I mean obviously, and that should go without saying) but it’s a reminder that you should make the most out of every minute. If you really love someone, 2 minutes is worth savoring. And that goes for life. We should make the most out of every moment that we have.

What did YOU learn from How I Met Your Mother?

Photo: CBS via Zimbio. Reposted with permission from Apocalypstick.

How I Met Your Mother life lessons relationships television