Register | Login
It's A Jungle Out There 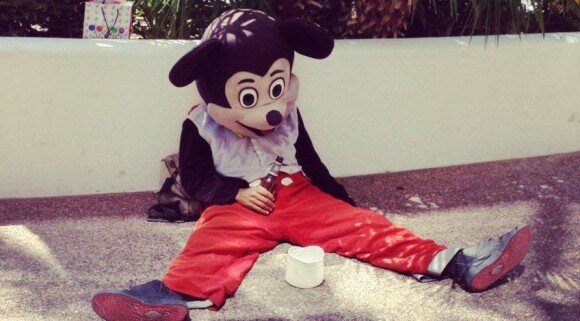 Dating kind of sucks sometimes, especially when you do that thing when you think, “Wow, I’ve just ruined everything.” Here are 10 Dating Mistakes People Make. Most of these I have done. No one is alone here.

It’s so easy to do this one. I think all of us want to avoid awkward silences, but we all know that trying to make something less awkward only makes it more awkward. So many times I tell myself, “Don’t be awkward. You’re fine. Just be breezy.” But that usually makes it worse.

8. Overreacting, or, making problems where there aren’t any.

It’s when everything is fine but you don’t see how everything could possibly be fine and then when it is, you’ll laugh about how silly you were being until you do it all over again.

That old, you’re so afraid of “getting hurt” and aren’t sure if you can “put yourself out there” or if you can “let your guard down” so you stay extremely closed off instead, where you’re there but you’re not “there”, making the other person very frustrated until they lose interest entirely, and then you realize, crap, I didn’t actually want that to happen.

6. Disappearing instead of explaining.

Guilty. You’ve been dating someone casually and you weren’t super into it and you want to move on, or maybe you were sort of seeing someone but then you met someone you really want to date, and instead of telling the other person this, you just ignore their texts after a little while and disappear. I’m sorry. I try not to do this anymore.

You’ve made a mistake and you won’t move on. You agonize over it when you could be learning from it and getting over it instead

4. Setting your expectations too high.

When you put someone up on a pedestal they don’t ever step down. They crash to the floor.

Sometimes people are blindsided by being broken up with. They’ll say they never saw it coming, and you’re thinking, “Really?” It’s because you’re not the one who is invested, so when your broken up friend comes to you with the story, you’re seeing the major signals that they made minor or ignored completely.

HAHAHAHA. OH MAN, AM I GOOD AT THIS ONE. Never again.

1. Catching feelings for someone who doesn’t want a relationship.

It really is the worst. Because you know better, but there’s nothing you can do to stop it.

Good luck, everyone. Do the best you can.